Posted on Wednesday, 1st May 2013 by Accucraft UK Ltd

After the National Garden Railway Show you might think we’d be taking it easy but, as ever, a hectic summer schedule beckons!  From the 10th to the 13th of May we will be supporting the Lynton & Barnstaple Railway Spring Gala, providing The 762 Club with one of our ‘Lyns’ for a sealed bid auction to raise funds for the new loco.  The Ffestiniog Railway is sending ‘Lyd’ and the L & B will have two of the original coaches in traffic with her.  Why not join in the fun?  May will also see the arrival of the first batch of Quarry Hunslets and our dealers are taking last orders for the second batch, so if you missed out on this tranche be sure to reserve one from Lot 2!  We also bring you more news of ‘Dora’ and ‘Emma’…..

We ran our power unit competition at the 16mm Scale show and Tag Gorton kindly agreed to judge the entries and award the prizes.  The three finalists were all superb models, Steve Hammett’s tram was inspired, Richard Turner’s ‘Morph’ was ingenious but in the end the level of detail and all the extraneous bits and pieces on Steph’ Hicking’s ‘Sylvia’ seduced Tag and she carried off first prize, a ‘Ragleth’ power unit.  We’d like to thank all those who took part in this year’s challenge – you can see the entrants here. 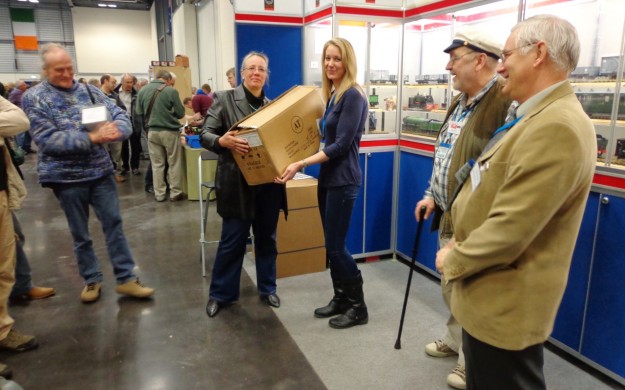 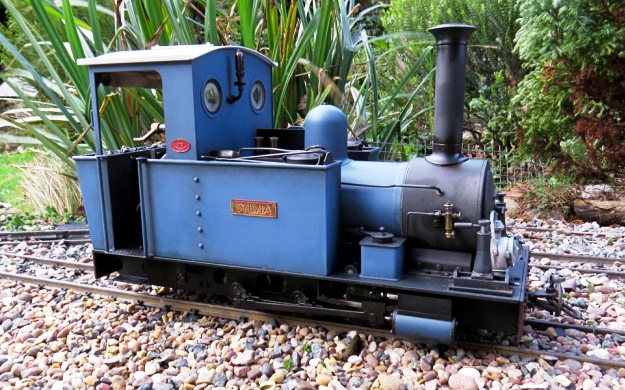 Once again we made the pilgrimage to the factory, meeting Bing Cheng who had flown in from the U.S.A, enabling us to view current production and review new projects.  While there we were able to test a large number of the new Quarry Hunslets and admire the ranks of ‘Big Boys’ coming off the production line. Also nearing completion was a batch of D&RGW ‘Geese’ #4 which will shortly be available in the UK – if you haven’t ordered one of these already you need to be aware that this will probably be a ‘one time’ production. 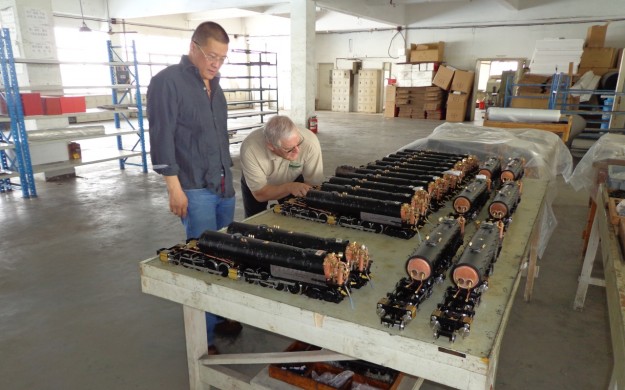 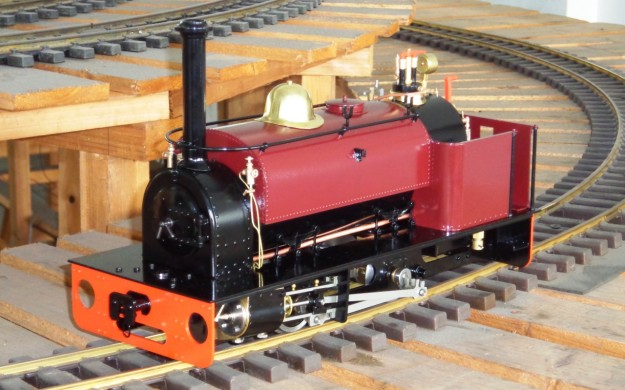 A maroon Quarry Hunslet on the test track 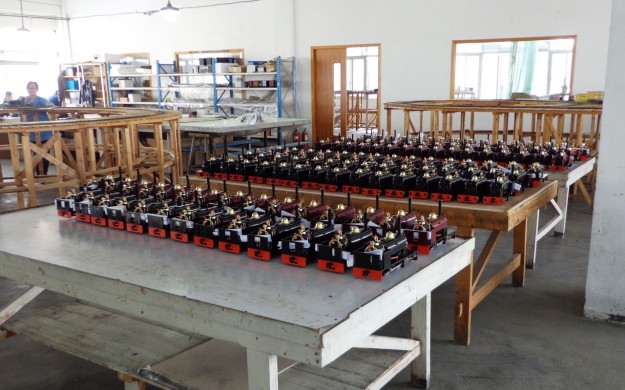 Serried ranks of Quarry Hunslets are lined up – and this is less than half the total!

‘Dora’ and ‘Emma’ make their debut

We were lucky enough to have the first production samples of ‘Dora’ and ‘Emma’ on our stand for folk to look at.  ‘Emma’ is the first 7/8ths” loco Accucraft (US) have produced and it doesn’t disappoint, having a lot of presence and covered with lovely details it will, at just £895.00 UK RRP, be the basis for many conversions and alterations.  ‘Dora’ will also provide material for conversion in any scale from 1:32 to 7/8ths” and could prove the ideal starting point for someone who wants to tinker but is afraid of messing with an expensive loco – at just £385.00 UK RRP how can you lose?  You can see the full specification of ‘Dora’ here and ‘Emma’ here. 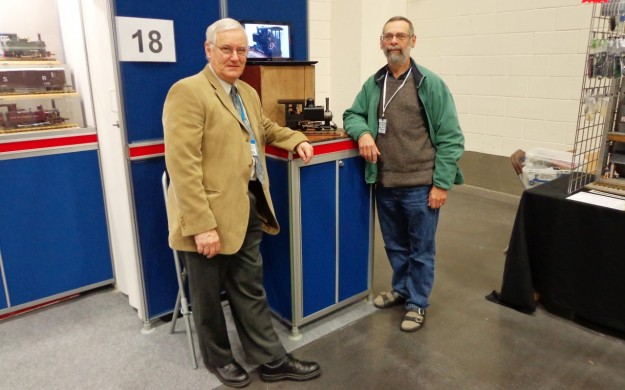