June, hopefully, will bring some fine weather.  One thing we know is that it will also bring delivery of the Quarry Hunslets, ‘Big Boys’ and Galloping Geese!  We also have news of a joint project between Accucraft (UK), Anything Narrow Gauge and Garden Railway Specialists and the month also sees us attending yet another event at the Warwickshire Exhibition Centre as well as clearing the warehouse for the arrival of ‘Joan’, ‘Mortimer’ and the Welshpool & Llanfair coaches…..

Anything Narrow Gauge and Garden Railway Specialists have announced a joint venture in conjunction with Accucraft (UK).  A beautifully detailed replica of the Glyn Valley Tramway’s “Sir Theodore” and “Dennis” 0-4-2 Tanks.  The model will be internally gas fired, available in 32 and 45mm gauge (Non-Adjustable), incorporating a traditional 0-4-0 Chassis unit with full reversing gear and a choice of Green or Black Livery.  Estimated Cost £1275.00. 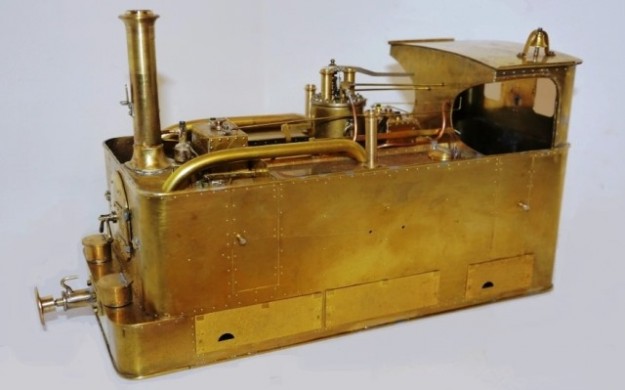 Well, we went!  Despite inclement weather and low visibility, the gala was well attended, one consequence of which was a surge in orders for our ‘Lew’, the final batch of which is now all pre-sold to our dealers.  We were also able to provide some support for the 762 Club which is building a new ‘Lyn’ for the railway, supplying them with a radio-control fitted example from our range for a blind auction; the profits from this will help finance the construction of the new loco which is already well advanced.  Jon Pain from the 762 Club commented, “This is an incredibly generous gesture from Accucraft and one which will greatly benefit bringing ‘Lyn’ back to the L&B when we will have pleasure in inviting members of the firm onto the footplate”. 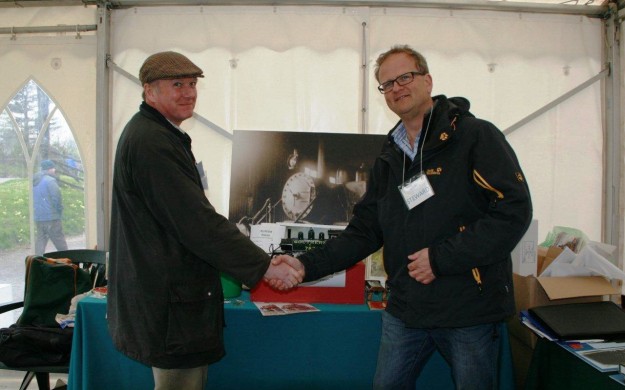 We will be running another batch of these iconic little locos this winter for delivery early next year.  This will be the last batch for some years and may be the final run of the electric version so don’t hesitate if you would like one, contact your dealer! 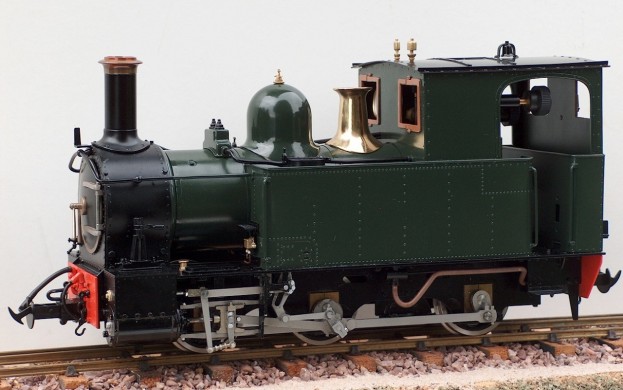 Beyer Peacock built two 0-6-0T locos for the newly constructed Welshpool & Llanfair Railway in 1903. These small but powerful narrow gauge locos were taken over by the Cambrian Railway when it acquired the line and then by the GWR at the grouping. The Great Western rebuilt them with typical Swindon details, copper-capped chimneys and brass safety-valve bonnets and both The Earl and The Countess survived the closure of the line to be preserved by the present day W&LLR.  Our model depicts the locomotive as running on the railway in 2008.

The model is internally gas fired and has slide valve cylinders. The boiler is fitted with a water gauge and a water top-up valve is supplied. It is available in either GWR Green or BR Black. Name and number plates are provided for both the Earl and Countess. The engine is re-gaugeable from 32mm to 45mm by the customer. It is available in either manual control or radio control live steam or as an electric model.

Gauge 1 Expo at the Fosse

We will be attending the G1MRA Gauge 1 event at the Warwickshire Exhibition Centre on the 15th and 16th June.  You can see full details here – drop by the stand for a chat if you are attending.

A large number of manufacturers will be supporting the event which features six layouts, a special locomotive display, “The Power of Gauge One” as well as demonstrations of painting & lining, building construction, boiler testing and kit building.

Due into the UK in July is the long awaited delivery of RGS Goose #4 – there is only a limited number of these attractive railcars available and, given how long the gestation period for this one was, we do not anticipate seeing another batch for quite a while!

In the 1930’s, Colorado’s famous Rio Grande Southern Railroad introduced the “Galloping Goose”, a curious combination of Pierce-Arrow automobile parts and mechanical imagination that could carry passengers, freight and mail with a one man crew. The “Galloping Goose” provided the Rio Grande Southern Railroad with real operating economy allowing it to operate for another twenty years while endearing itself to generations of rail enthusiasts and tourists.

This superbly detailed and articulated 1:20.3 scale model is completely constructed with brass and stainless steel. An American made Pittman motor powers the middle truck with a reliable die cast metal gear box. The model is completed with museum quality paint finish and lettering. UK RRP £635.00.