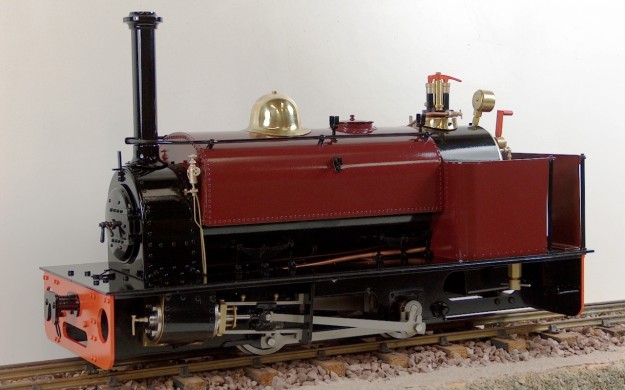 By the mid 19th century, the North Wales’ slate mines and quarries had a requirement for small, powerful and rugged locos to work the galleries and tramways in what was by then a rapidly expanding industry.  Various manufacturers supplied narrow gauge motive power to these businesses but none became more synonymous with the area than the saddle tanks supplied by the Hunslet Engine Co. of Leeds.  These sturdy little locos were ideal for the roughly laid, temporary lines in the quarries and the class evolved from the first design, produced in 1870, to encompass a variety of sizes and types which found work at Penrhyn, Dinorwic (where many acquired the names of racehorses!) and the Nantlle valley.  Remarkably the majority of those locos still in service in the 1960′s survived to be preserved, some of them in America and Canada.  Today Quarry Hunslets are still being produced in limited numbers by the new Hunslet Engine Co. based at the Statfold Barn Railway. The images used here are of our engineering sample – there may be detail differences between this loco and the production examples.

In light of the growing popularity of this scale, used to represent 2′ gauge on 45mm track and 18″ gauge on 32mm track, we have decided to take the plunge and produce our first live steam locomotive for this market.  The more generous proportions of models in this scale have given us the opportunity to look at prototypes which would be rather too small in 1:19 scale but which we have long hankered to produce.  At the top of this wish list is the archetypal North Wales ‘Quarry’ Hunslet. The model is gas fired and fitted with a water top up valve, water check valve, miniature pressure gauge; constructed of stainless steel and etched brass, the loco has an enhanced level of detail made possible by this scale including a brake stand / gas control valve, dummy water gauges and sliding cab-sheet doors.  It is gauge-adjustable between 45mm and 32mm gauges and the cylinders are drilled and tapped ready to accept DJB Engineering’s Accucraft automatic drain cocks.

You can download the instructions here INSTRUCTS LARGE QUARRY HUNSLET