November 2014 marks the centenary of the start of World War 1.  Over the next four years Accucraft (UK) will produce a number of commemorative models in honour of those whose served and died with the Railway Operating Division during the conflict. Both standard and narrow gauge railways played a vital role supplying the front with ammunition, food and equipment and we will mark this contribution with appropriate releases. 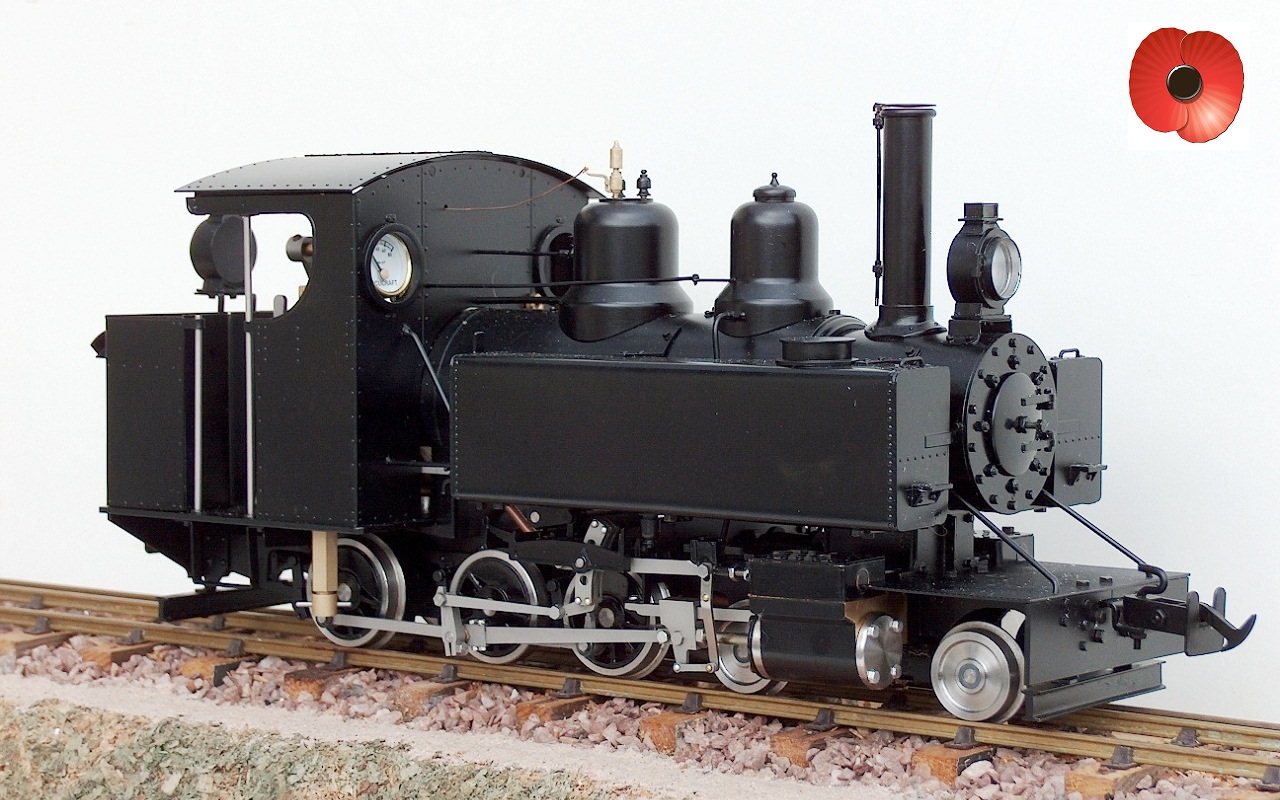 Accucraft at ‘Tracks to the Trenches’

Accucraft (UK) was delighted to support the Moseley Railway Trust’s ‘Tracks to the Trenches’ event in September. The firm had a stand in the marquee for the duration of this action packed and extremely successful event which featured half a dozen locomotives in steam and numerous petrol tractors in action, as well as infantry, cavalry, armoured cars, lorries and even a Mk IV tank! Commemorating the role played by narrow gauge railways behind the trenches, the Apedale Valley Railway had been transformed into a field railway network serving a trench system, military camp and supply depot. With appropriate rolling stock and locomotives drawn from a number of other railways, the scene was set for a well organised weekend displaying the workings and hazards of a WW1 light railway.

Accucraft will be running a special edition of the highly successful War Department Baldwin 4-6-0T during the course of 2015 and a percentage of the sales profits from these models will be donated to the Moseley Trust. Orders placed through the Trust will be accompanied by a copy of a reprint of the 1920 Railway Gazette ‘Special War Transportation Number’, produced to record the role the railways played during World War 1. 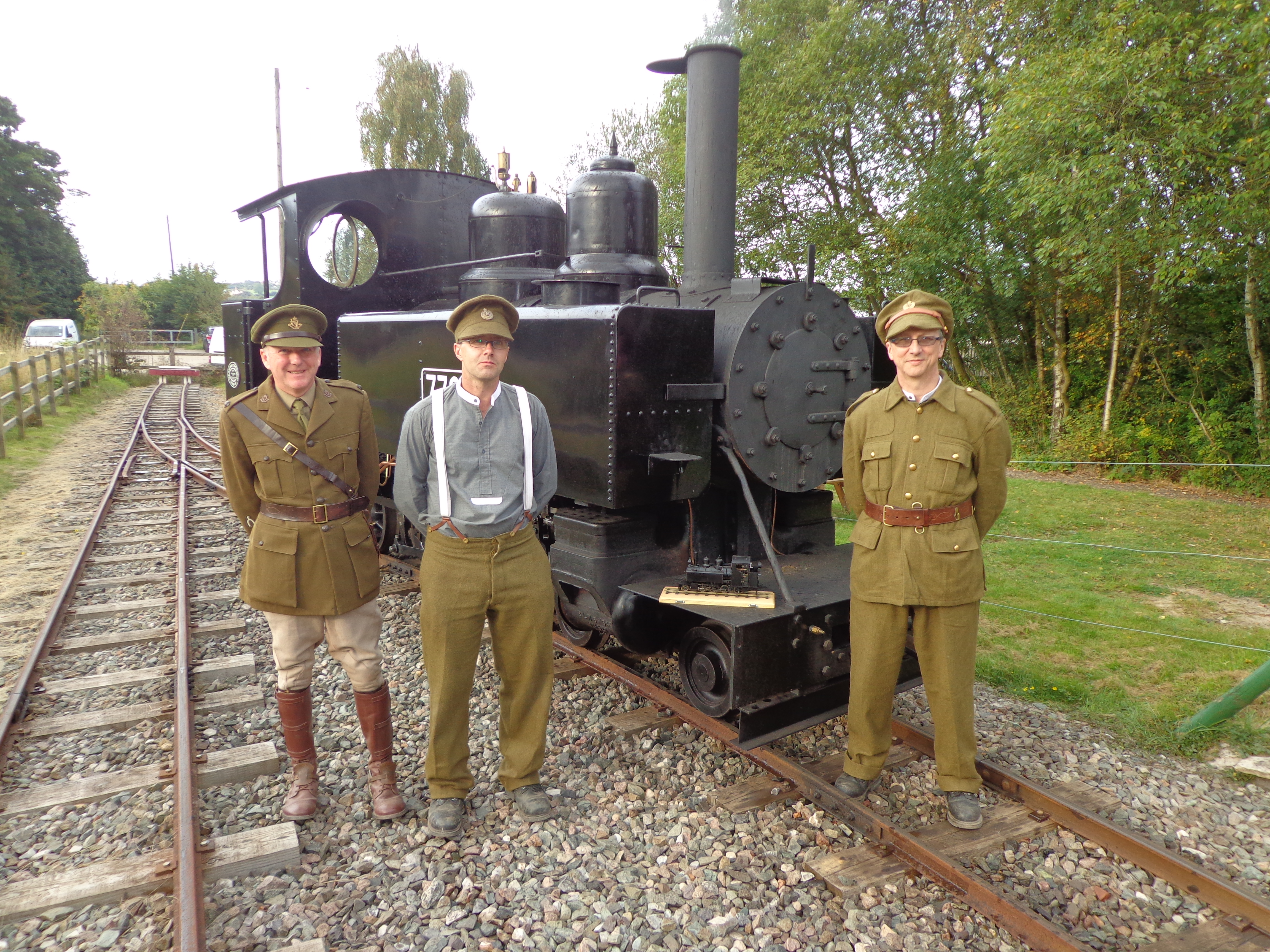 Graham Langer (Accucraft UK) with Gareth Roberts and Phil Robinson of the Moseley Trust with the Greensand Trust Baldwin and Accucraft’s 1:19 scale model

Commenting on the project, Graham Langer of Accucraft said, “We are pleased to be able to help another preserved railway in this fashion and look forward to working with the Trust and the War Office Locomotive Trust on future projects. Personally I have been delighted to have taken part in events commemorating the start of World War 1 in which both my grand-fathers fought.”

The model will be available through all Accucraft retailers as well as the Moseley Railway Trust. 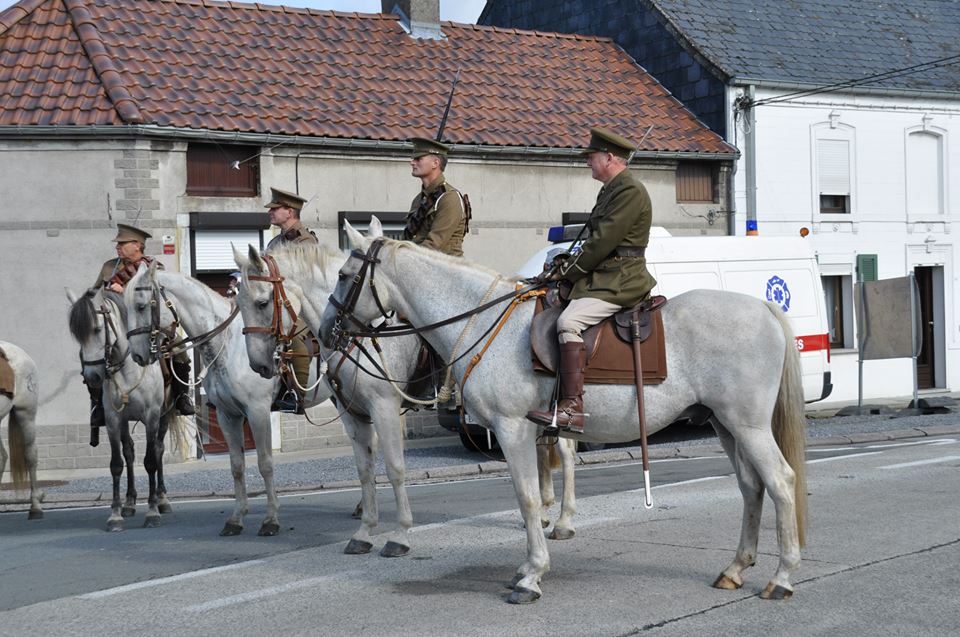 Graham also took part in events in Belgium in August and is seen here with the Light Cavalry Association at Tertre, near Mons, during the dedication of a new memorial to the West Kent Regiment

2014 marks the centenary of the start of the Great War. This was a war unlike any which the world had seen before, not least in the application of mechanical means to transport. In 1920, The Railway Gazette published a special edition to record transport used in the war. This would have been the first time that most readers would have become aware of the machines and techniques used to achieve the recent victory – much of it had been secret until then. Since 1920, copies of this special edition have been highly prized collectors’ items.

As part of the events to mark the centenary of the conflict, the Moseley Railway Trust has worked with Railway Gazette International to re-print the 1920 special edition. The original has been professionally scanned and enhanced, to maximise the reproduction of the many original pictures. New colour covers and a foreword have been added. The book is “A4” size, and contains 160 pages. The print run is limited, and demand is certain to be strong. Please note that the hardback version of this book is now sold out.