Welcome to our December newsletter.  May we start by wishing you all the compliments of the season and hope that you have a Happy Christmas and relaxing New Year. 2014 has been a busy year for the firm and although we haven’t delivered as many projects as we might have liked (for which we apologise) we have been able to re-run a huge amount of rolling stock, much of which has been in demand for some time!  We have just delivered a batch of the simply gorgeous Australian NA Class 2-6-2Ts and, owing to cancellations, still have black and red examples available (£2200.00) – contact us if you would like one! 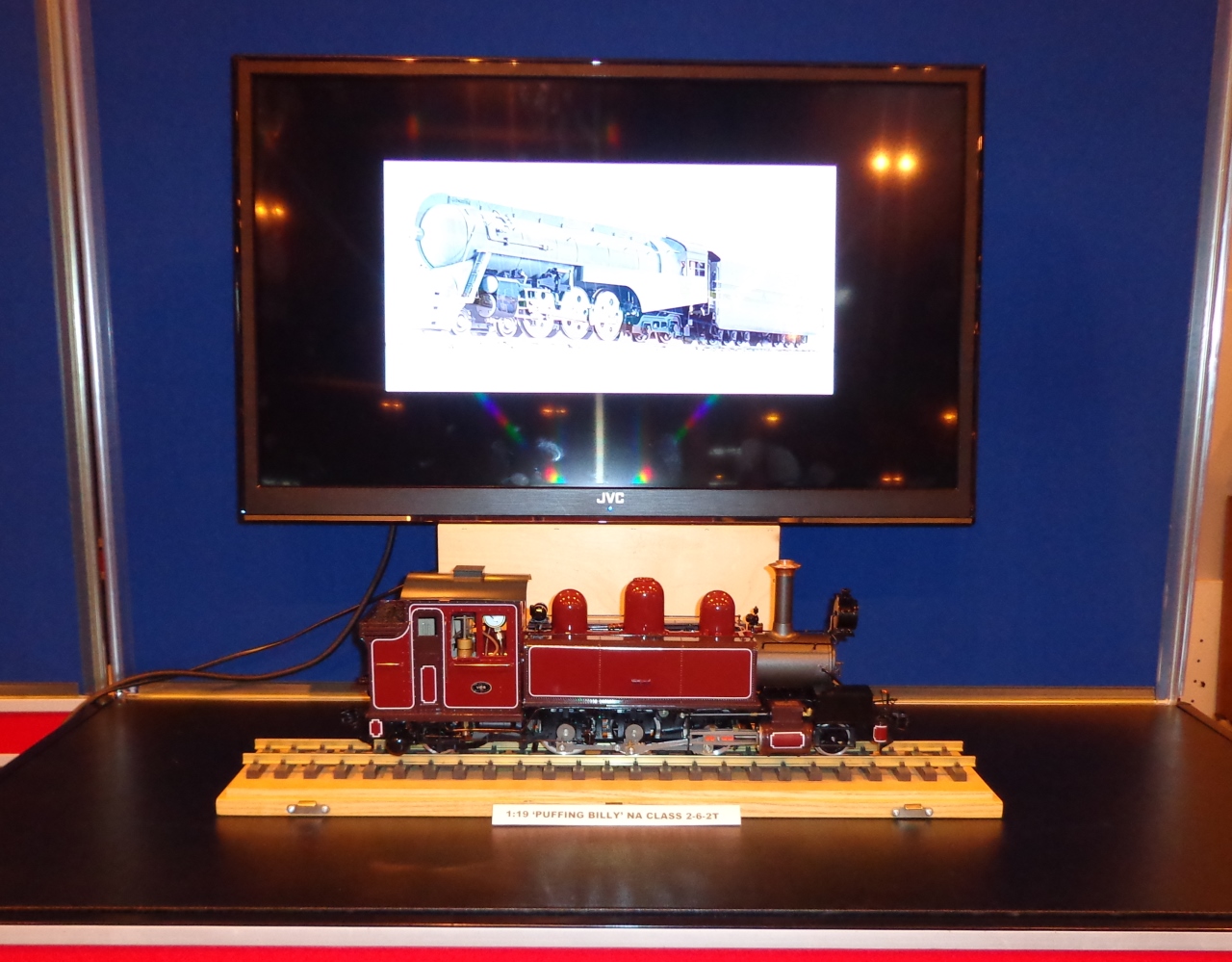 The NA Class formed the centre piece of our stand at Warley this year.  The show was extremely well attended and it was good to see live steam operating on layouts there.  Tallylyn Railway No. 1 and the iconic T.R. guards van were just two of the full size exhibits on display and it was good to catch up with some of the preserved railways we have worked with in the past couple of years.  Thanks to those of you who took the time to drop by the stand for a chat and discuss our wares, feedback is always invaluable to us.

With production about to start and delivery scheduled for the Spring this is a last call for ‘Mannin’.  If you haven’t reserved one with your local dealer, don’t delay!  This will be the only Isle of Man Railway steam locomotive for 2015.  Here are a couple of images of the engineering samples at the factory, one live steam (red) the other electric (green). 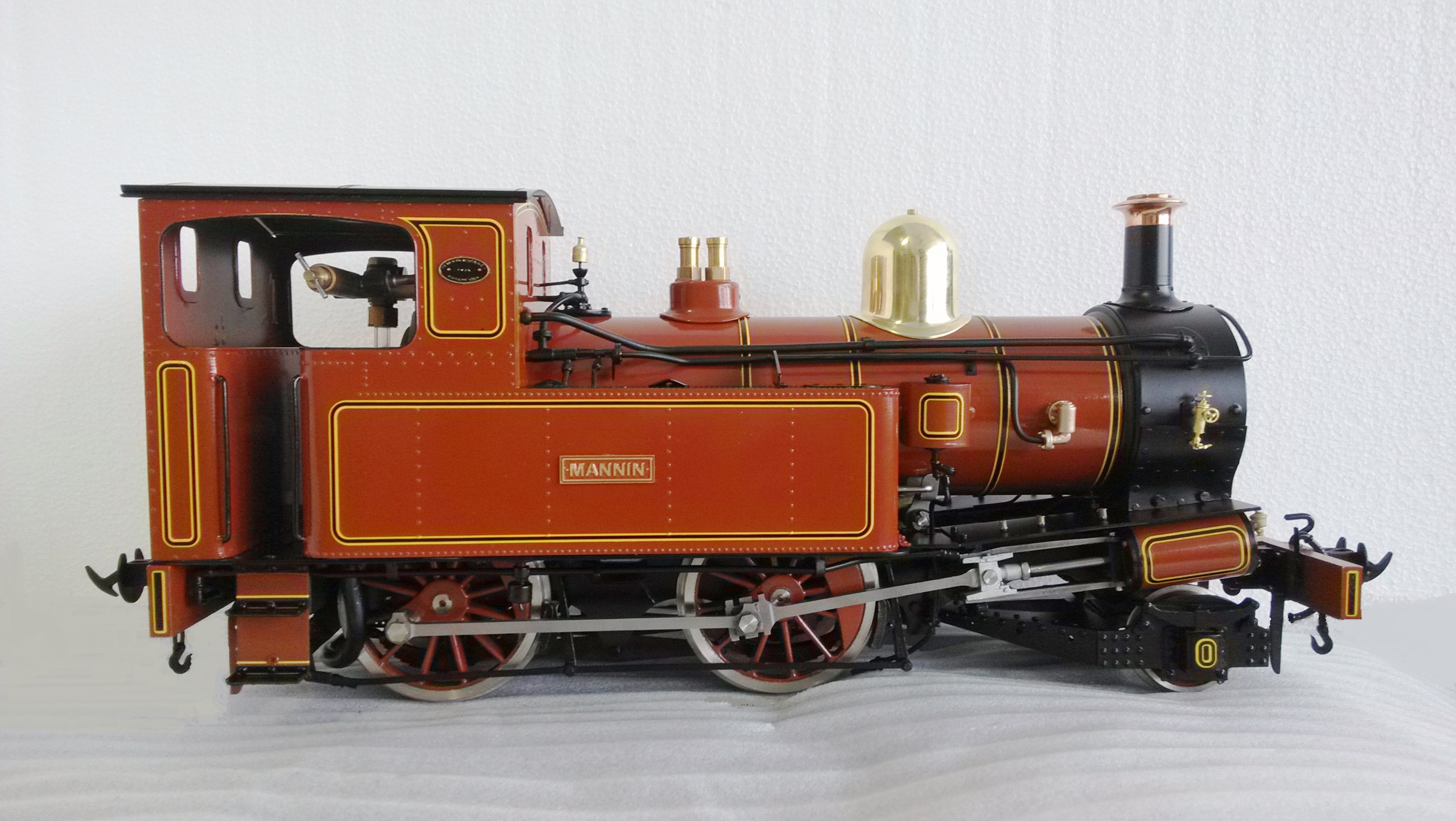 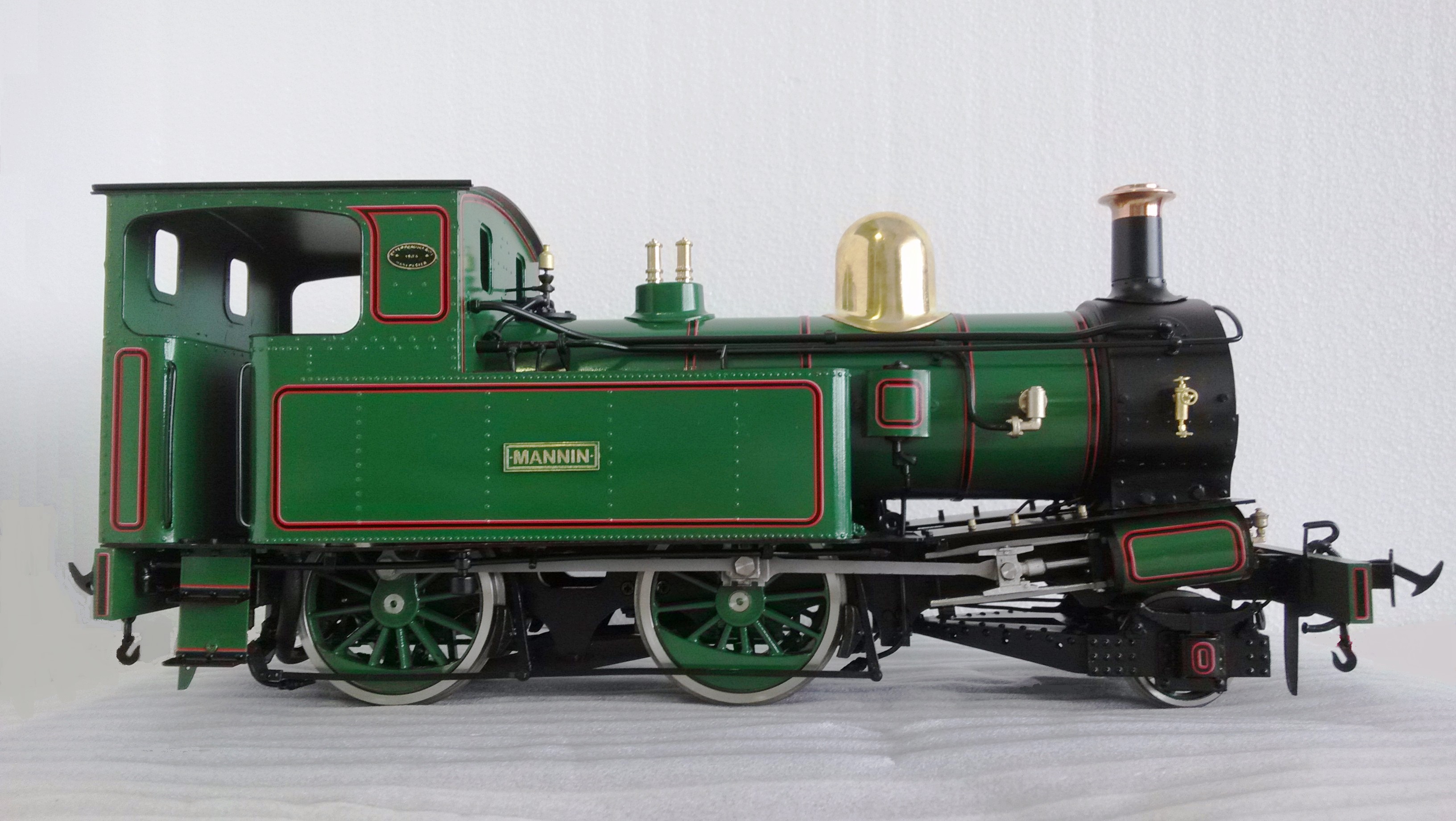 ‘Mannin’ was the last locomotive to be supplied to the Isle of Man and built in 1926 by Beyer, Peacock & Co. (works number 6296).  No. 16 was by far the most powerful 2-4-0T locomotive on the line. She was purchased to haul the heavy Port Erin boat train, a job which had previously taken two locomotives either double-headed or banked. Much larger than her older sisters, she was latterly used as Peel-based engine and appears to have never negotiated the Ramsey line.  She remained in service until 1964 and later was repainted into Ailsa spring green and placed on static display at St John’s and later Douglas stations until entering the railway museum in 1975.  It is unlikely that she will work again in the immediate future.  Our model carries the same level of detail and equipment as our previous Isle of Man locos and will be available in both Holly Green and Indian Red.  The live steam model carries a UK RRP of £1600.00, the electric version an RRP of £1375.00.

Through the good offices of Peter Spoerer we were able to give the Accucraft (US) Southern Pacific M6 Mogul a good work out during November.  This great little locomotive represents outstanding value for money (UK RRP £2760.00) having, as it does, a hand pump, axle pump, water bypass valve and all the functions and detail a discerning Gauge 1 audience would expect.  Peter shot some lovely video footage of the machine, including and ascent of his demanding harbour branch (1 in 24!) with a heavy load of gondolas in tow.  You can see the full specification here.

Only unlettered ones remain in stock.  Contact your local retailer to order one now or reserve one from the next batch.