This month we bring you news of another great rolling stock deal, this time for the Isle of Man, a last call for the ‘Big Boys’ (due out this month), news of Chris Bird’s latest video production, the announcement of more bauxite liveried wagons and vans and some images and footage from the 20th annual Diamondhead Steam Up in the U.S.

We are pleased to say that we have decided to discount our Isle of Man ‘Pairs’ coaches by 30% which means the new UK RRP is just £130.00 each.  We are unlikely to run these vehicles again and once the remaining stock is sold out that will be an end to the IoM bogie stock. 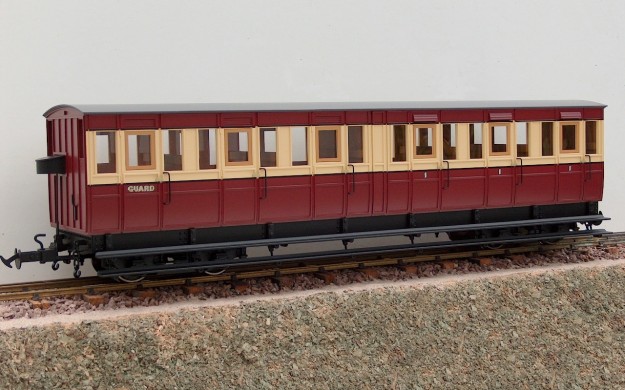 These models are known as the ‘Pairs’ coaches. They came about when the original four-wheel coach chassis wore out. The railway took a pair of old bodies and mounted them together on new bogie underframes – and this is how they acquired their name.  We offer three types, a brake composite F54, a third class coach and a composite coach.

It is possible to have at least six different running numbers for each of the third class and composite coaches. We supply these numbers on a transfer sheet for the customer to apply themselves. The brake composite has only the running number F54. This is also supplied on a transfer sheet. This means that if the customer wishes to run them as ‘data only’ on their customised railway, they can add their own personalised numbering system.

With news that Accucraft (US) are going to release the Union Pacific ‘Big Boys’ in February comes word that they are adding a further running number to the batch, #4014 (part number AL97-396).  The reason for this is that this is the locomotive that is most likely to be selected for a return to steam sponsored by Union Pacific.  None of the ‘Big Boys’ have run since withdrawal from service and to see one of them in action again would be truly awesome.  Carrying a UK RRP of £8755.00, production of the 1:32 live steam model is going to be on a strictly limited basis so we suggest you make a reservation with your local retailer before they are all spoken for.

The mightiest of them all, the Union Pacific ‘Big Boy’

Chris Bird, of Summerlands Chuffer fame, has very kindly made three superb ‘how to’ videos of his newly acquired ‘Lew’.  Anyone who has recently purchased one of these locos would be well advised to watch and inwardly digest the footage which covers preparation and gauge changing.  Needless to say the third video shows the installation of one of his superb chuffers to give ‘Lew’s’ exhaust a nice, sharp bark!

The second video can be seen here and the third, showing the fitting of the chuffer, here.

Trackshack, on the Isle of Man, has commissioned more Accucraft rolling stock in bauxite livery.  This colour scheme was once popular with a range of railways but came to be universally applied by British Railways to their vacuum fitted goods vehicles.  The full list of bauxite painted rolling stock is as follows:

These variants will be produced as we run the various items of rolling stock again throughout the year but they will only be available through Trackshack.

Apart from running our prototype Black 5 at the 20th Anniversary Diamondhead Steam Up, we also show-cased the first example of our 7/8ths” scale Quarry Hunslet which wowed the assembled company with its hands free ability to clock up circuit after circuit on one of the large demonstration layouts there. 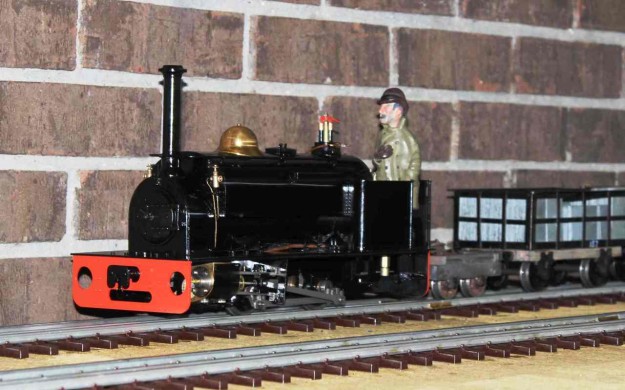 The Quarry Hunslet in action at Diamondhead

Some of Rod Blakeman’s footage of the loco running can be seen here.