Happy New Year to all our website readers!  We hope that 2013 proves to be another great year for Accucraft (UK).  We will continue making tempting new products and hope to spring one or two small surprises on our unsuspecting customers – watch this space!  This month we bring you production updates, news of a bargain bundle of American coaches in 1:20.3 scale and “Caledonia” is finally called into the workshops after racking up an amazing 3,294 actual miles at Barter Books!

Due into our warehouse shortly are the Lynton & Barnstaple bogie goods brakes and bogie open wagons.  We haven’t re-run these since the initial batch was produced a few years ago and are happy to say that we have been able to drop the price of both vehicles, the brakes now carry a UK RRP of £75.00 and the wagons £65.00.  Also arriving with this consignment are the Z9 Lynton & Barnstaple bogies to match these vehicles, available as an accessory (without wheelsets) for £15.00 a pair. 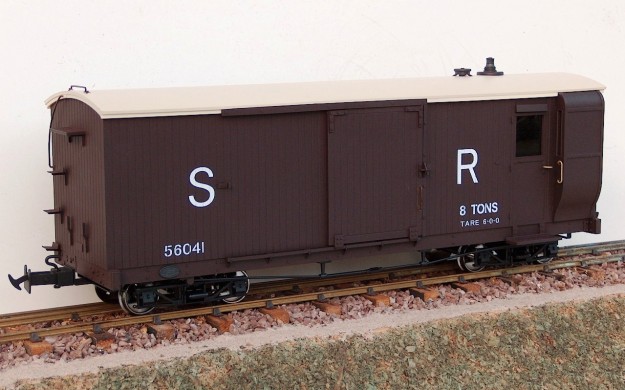 Also due to arrive this month are the Welshpool & Llanfair cattle vans.  Judging by pre-sales these have proved to be very popular and the entire batch is now spoken for.  If you haven’t made a reservation with your local Accucraft stockist you may be disappointed! 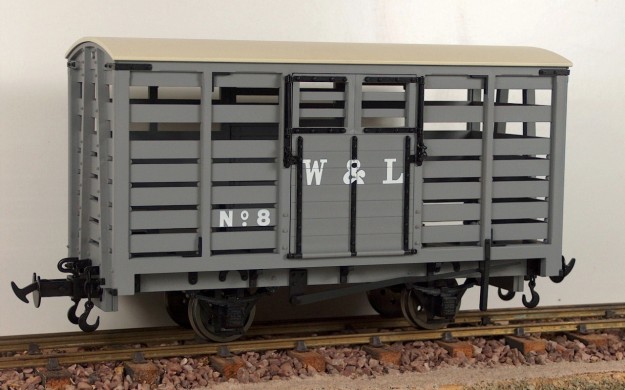 Classic American “Varnish” – save over 60% on one of these with our bargain bundle!

Our doughty little “Caledonia” which has been flying the flag for Accucraft at Barter Books in Northumberland has finally had to come into the ‘shops for a “heavy general” overhaul after clocking up over 3,000 actual miles running on the shelf-top layout in the old railway station in Alnwick.  David Champion, responsible for the original provision of one of our locos for the store, commented, “So the final figures (run with all original components) are:

Doubtless to say, we are thrilled with the loco. It has far exceeded our expectations and been a delight to this year’s 275,000 visitors. I have enjoyed playing with it too!”

As far as we can tell the loco now requires some attention to the motor, all the other components appear to be in good fettle and the loco’s tyres are barely worn at all. 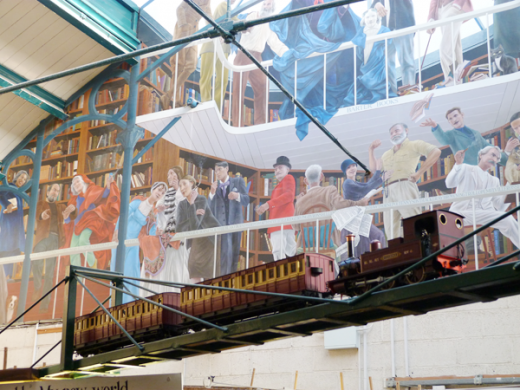 “Caledonia” trundles over one of the bridges at Barter Books