Fresh from the factory come samples of three re-liveried vehicles from our narrow gauge rolling stock range.  The Isle of Man four-wheelers will be available in an attractive green and cream colour scheme and the ‘Peate’ private owner wagon from the Welshpool & Llanfair Railway will also be here soon. 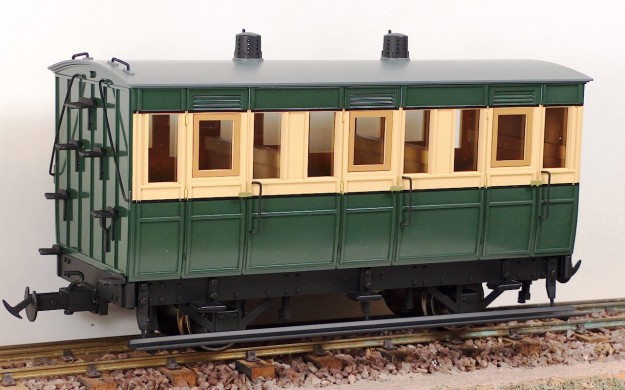 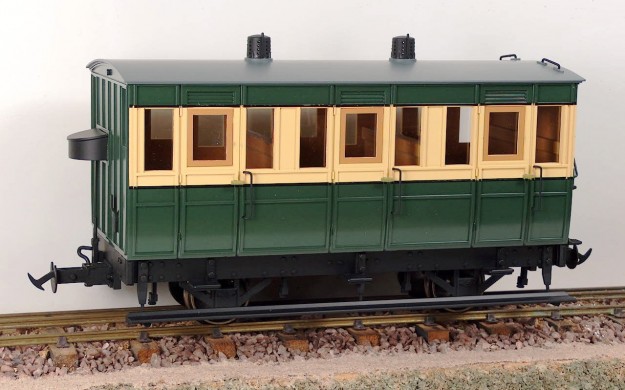 These are models of the 4-wheel 3rd class and 4-wheel Brake/3rd class coach as originally supplied to the Isle of Man Railway.  The models features full internal seating and glazed windows. The roof is removable if required for customers to install their own interior detail, for example, miniature people, seat covers etc.  An additional set of 32mm wheels is also provided.  Although the models are 1:20.3 scale they look well with 1:19 scale equipment and are probably larger than the equivalent scale models of Talyllyn coaches! 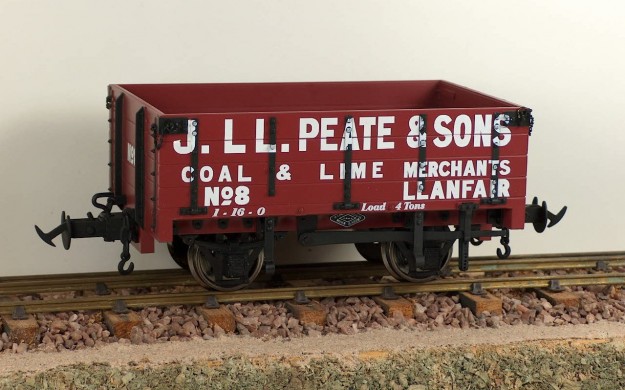 Commissioned by Trackshack, on the Isle of Man, we have produced a limited run of private owner wagons based on those operated by Messrs. J. L. Peate & Sons, coal and lime merchants in Llanfair.  Private owner wagons on British narrow gauge systems were rare but Peates used five on the W & L, painted dark maroon with white lettering.  We are making four (No’s 2,5,6 & 7), based on our existing Welshpool & Llanfair open wagon, which are only be available from Trackshack.