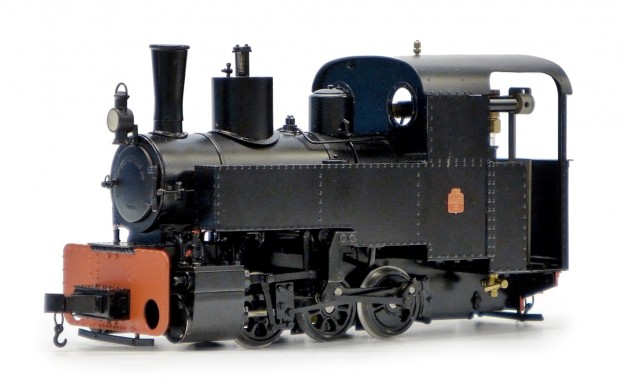 The Decauville company was founded in 1875 by Paul Decauville.  The firm developed a large catalogue of narrow gauge equipment and was eventually able to offer a complete light railway system, locomotives, track and rolling stock, for industrial and agricultural use.  The French military took a keen interest in this development and later adopted 60cm gauge as the norm for their artillery railways and in the field.  The Germans also realised the potential of narrow gauge railways to supply materiel and created their own field railway system.  World War 1 brought about the wholesale deployment of trench railways and the Decauville equipment was ready made for this; eventually the British army also recognised the value of these networks and used British firms to produce much of their hardware.  It is interesting to note, however, that the Kerr Stuart ‘Joffre’ Class 0-6-0T is closely based on a Decauville design!