Hello!  Welcome to our October news update.  We are delighted to bring you news of not one, but two, new 1:32 scale locomotives for production in 2023!  However, they are closely related.  In other news we are putting out a last call for Cranmore Pecketts and reviewing the G1MRA Bicester Show.

The Great Northern Railway C1 Atlantic 4-4-2s were developed from the smaller boilers C2 Atlantics, the ‘Klondykes’, and built at Doncaster between 1902 and 1908.  The class was immediately successful, hauling heavy East Coast express trains but was subjected to various experiments by both its designer, H.A.Ivatt and his successor, Nigel Gresley, including the replacement of slide valves with piston valves, four cylinder simple and compound types and even the trial-fitting of a booster.  The class were equipped or retro-fitted with super-heated boilers, many by the LNER after the grouping, and lasted a long time in both front line and secondary service, seventeen of the class making it onto British Railways’ books at the Nationalisation.  One example, No. 251, the doyen of the class, was preserved and is now part of the National Collection.

The story of the London, Brighton & South Coast Atlantics is intertwined with that of the GNR C1s.  The Brighton’s CME was Douglas Marsh who had worked under Henry Ivatt at the Great Northern.  A motive power shortage on the LB&SCR led Marsh to ask Ivatt for a set of C1 drawings, a request that was readily granted, from which he developed the H1 Class Atlantics.  Marsh’s successor, Lawson Billinton went on to build a further six Atlantics, classified H2, to a slightly revised design and it was these locomotives that survived long enough to last into BR ownership, No. 32424 Beachy Head becoming something of a celebrity on railtours until its withdrawal in 1958.  The loss of all the Brighton Atlantics was mourned by Southern enthusiasts and the survival of a pair of GNR C1 boilers proved to be the spur to get a replica built at the Bluebell Railway, a locomotive now nearing completion.

Full specifications for the model will be issued shortly as well as estimated retail prices and delivery dates.  As ever, grateful thanks to David Fletcher for the drawings. 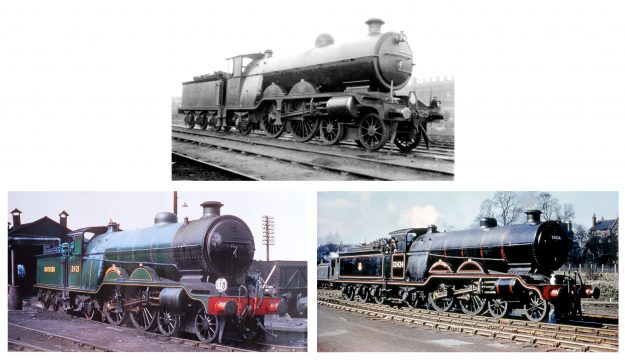 There are now only a handful of these lovely little locomotives left at the factory (in kit form) so, if you require one, don’t hesitate.  Those not ordered as kits will be made up as RTR examples and shipped with the forthcoming 43XXs.  We are sure many of you have been enjoying Phil Parker’s build series in Garden Rail magazine and hope that this gives you the confidence to try a kit. 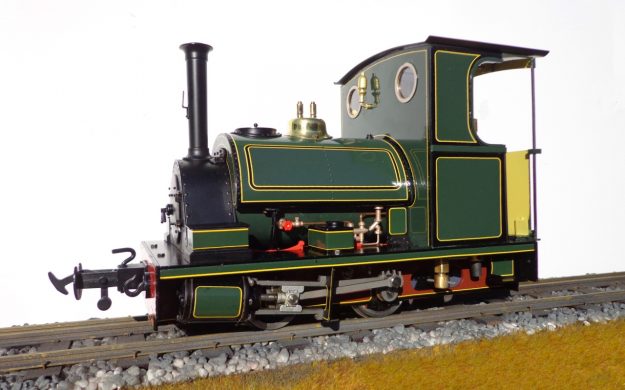 We are sure that those of you who attended the Gauge 1 Model Railway Association’s show at Bicester over the first weekend of the month were wowed by the variety of exhibits on offer.  We’d like to wish G1MRA a Happy Birthday and thank their hard-working committee for organising such a terrific event.  To celebrate the anniversary we displayed a small cross-section of some of the two dozen British and American outline 1:32 scale locomotives that Accucraft has produced over the last twenty-five years or so. 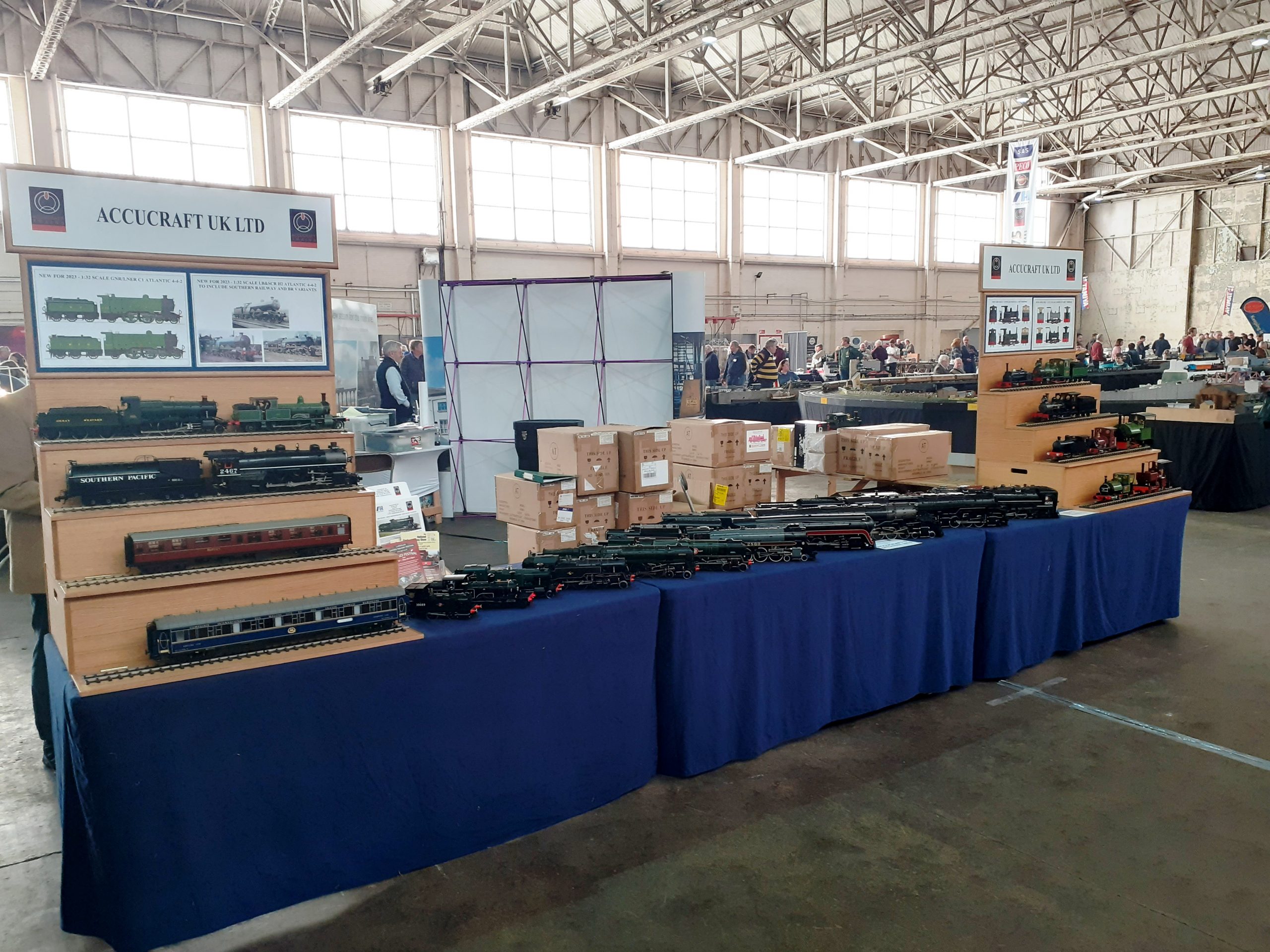 At the show, Graham Langer, Managing Director of Accucraft UK Ltd, had the pleasure of handing over a cheque for £4000 to Steve Davies, Chairman of The A1 Steam Locomotive Trust. The funds were raised from sales of Accucraft’s popular 1:32 scale model of No. 60163 Tornado and is in addition to the £10,000 already raised for the Trust from sales of the model and will be put towards the locomotive’s current overhaul.

Steve Davies was formerly the Director of the National Railway Museum and the Manchester Museum of Science and Industry, Graham Langer is also a Trustee and Director of The A1 Steam Locomotive Trust and has been involved with the organisation for nearly twenty years. The Trust is currently building a new LNER P2 2-8-2 based on Gresley’s Cock o’ the North, named Prince of Wales, which is expected to be completed during 2024 in Darlington. 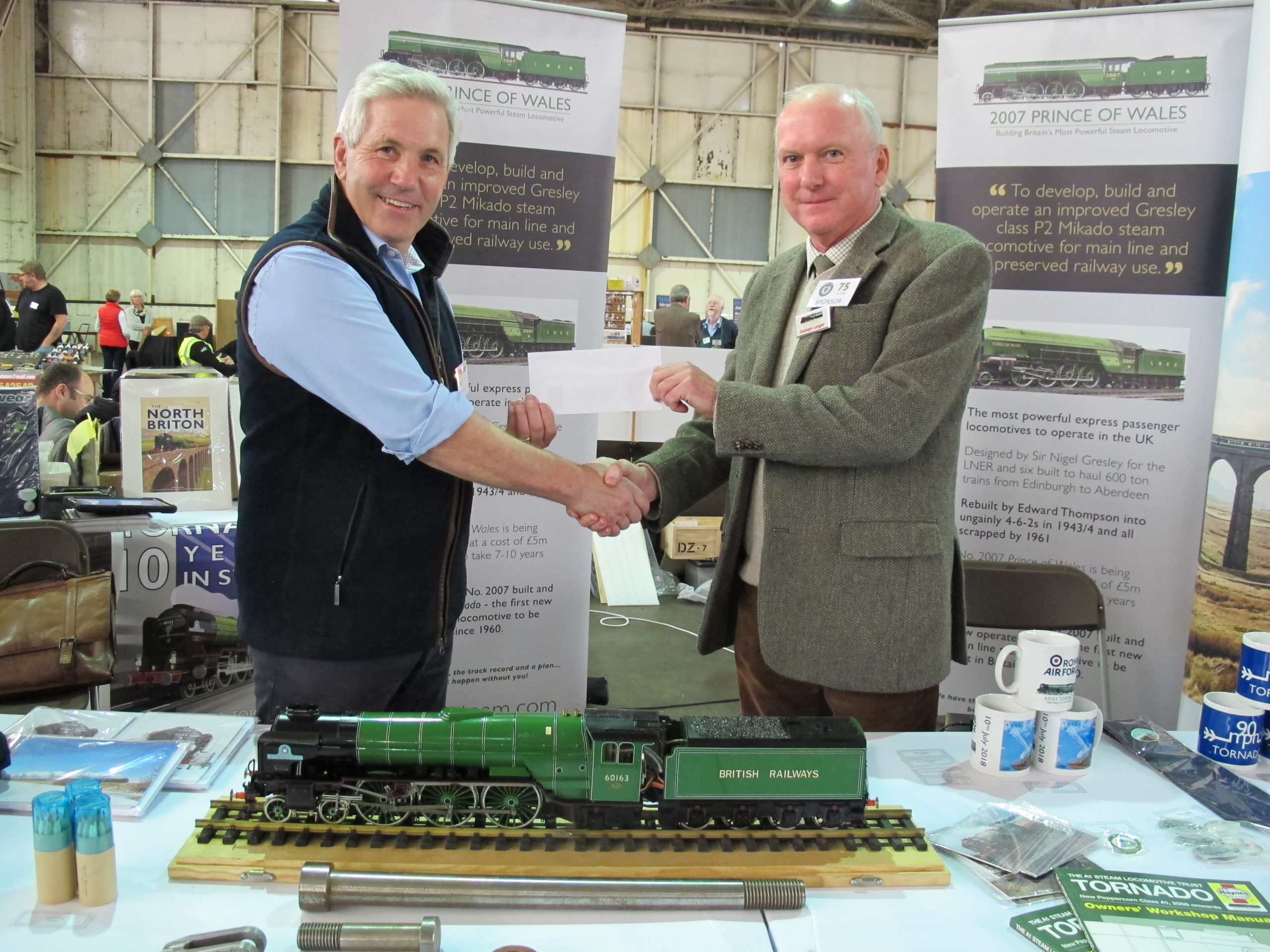