Welcome to the Accucraft UK April update.  This month we bring you news of a further run of the 1:32 oil tankers including a limited edition version to celebrate G1MRA’s 75th Anniversary this year as well as Esso and Shell/BP versions in black.  We also have some tempting new offers in the ‘Clearing House’.  Please note that the office will be closed for the week 4th – 8th April.

We were delighted to have been asked by the Gauge 1 Model Railway Association to produce a commemorative vehicle for the association’s 75th Anniversary and are pleased to back this up by supporting their ever-expanding plans for a show at Bicester Heritage over the first weekend in October.  The new versions of these popular wagons will be available this summer at a projected UK RRP of £85.00.

The G1MRA tanker will be built in strictly limited numbers and demand is expected to be high. Priced at £85.00 they represent excellent value for money and can either be delivered or picked up at Bicester in October. Please follow this link to register your interest. 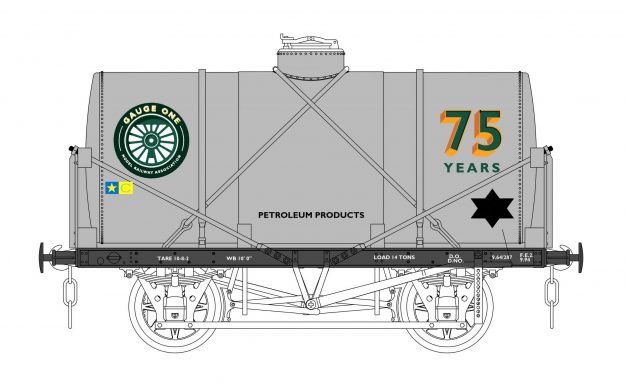 D&RGW passenger cars were originally built by the Jackson Sharp company in the early 1880’s. The D&RG rebuilt them over the years with larger windows, and other improvements on an as needed basis. In the 1920’s the coaches went through the car shops again to have more improvements made. This included having the bodies and platforms lowered, under-frame reinforced, and extension side bearings installed. Accucraft’s models are of the later rebuilt cars.  The C&S and RGS all acquired these cars over the years, and the D&RG, and the D&RGW rebuilt these cars so many times that today it can be hard to tell how many changes were done.

The newest SE special edition of these coaches feature a stronger, more secure construction, ball bearing wheels standard, and new LED lights that can be track or battery powered.  Liveries available include Red, Green and Bumble Bee yellow, contact us for availability, the UK RRP is £295.00

In consequence of this new run, the old stock of J&S coaches have been remaindered at a UK RRP of £220.00.  Coaches only are available in C&S green but Combines are still available D&RGW bumble bee yellow, D&RGW red and green, RGS red and unlettered red.  Contact us to confirm availability.

New to the ‘Clearing House’

We are pleased to offer a couple of exciting ‘train sets’ through the ‘Clearing House’.  The first is a rare bird, an Accucraft K-28 in Moffatt green with the Moffatt logo on the tender.  These D&RGW ‘Mikes’ rarely come up for sale and the original run was only a small one.  The locomotive is butane-fired and has been very well cared for.  It comes with four of the equally rare metal ‘San Juan’ coaches, as illustrated here (less one coach).  Priced at £7000.00 for the set we think it represents great value for money. 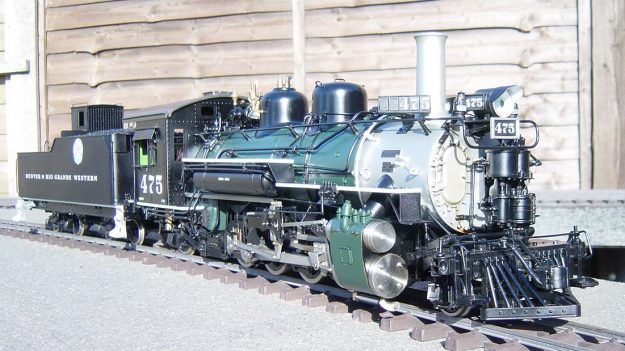 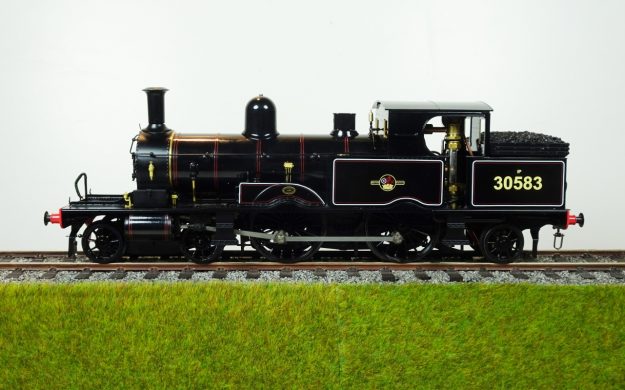