Welcome to our first 2020 website bulletin.  This month we bring you news of our next 16mm (1:19 scale) locomotive to follow Talyllyn No.1, updates for some forthcoming items and following a tidy-up in the warehouse, a few special offers to start the new season off! 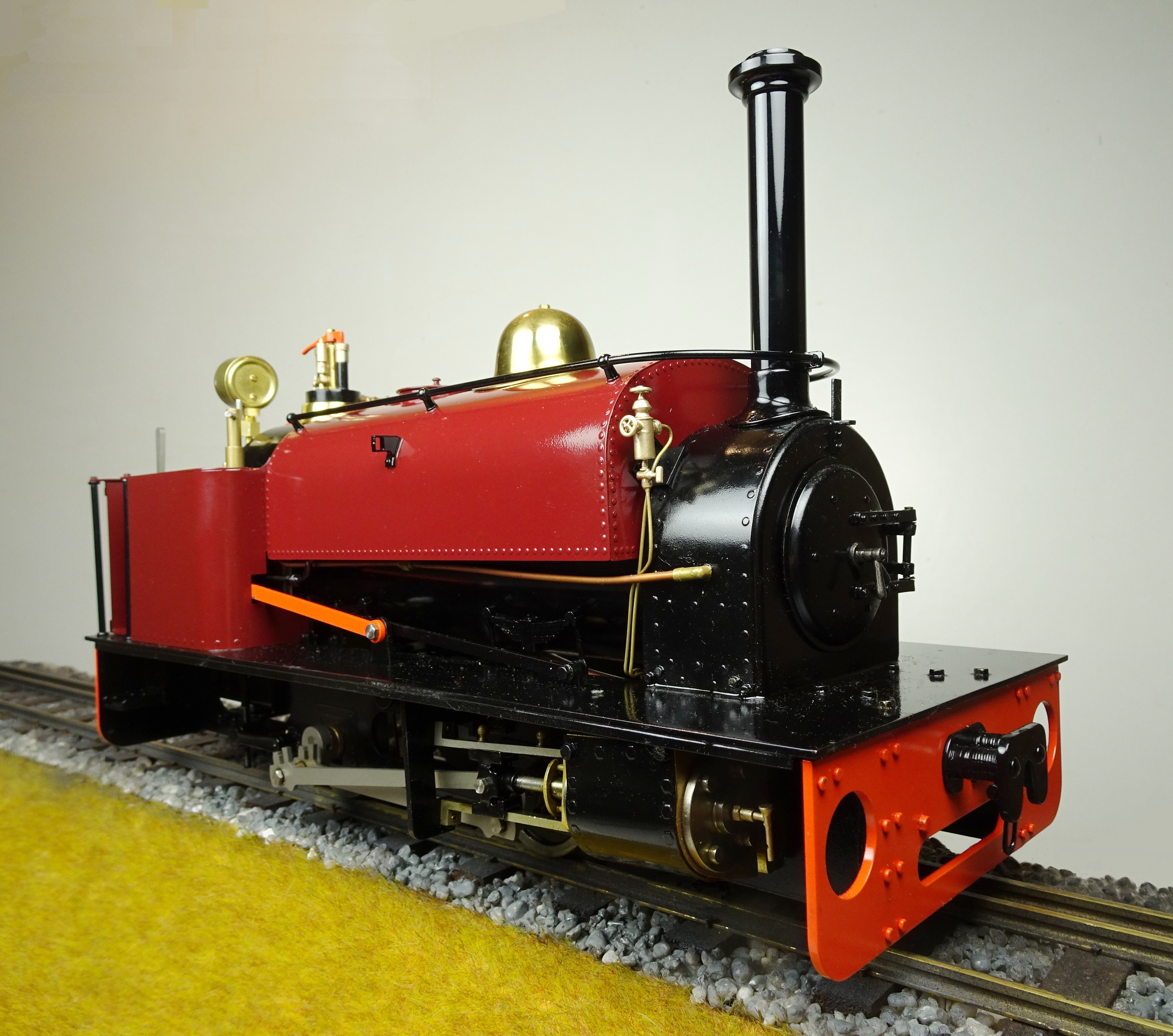 By the mid-19th century, the North Wales slate mines and quarries had a requirement for small, powerful and rugged locos to work the galleries and tramways in what was by then a rapidly expanding industry.  Various manufacturers supplied narrow gauge motive power to these businesses but none became more synonymous with the area than the saddle tanks supplied by the Hunslet Engine Co. of Leeds.  These sturdy little locos were ideal for the roughly laid, temporary lines in the quarries and the class evolved from the first design, produced in 1870, to encompass a variety of sizes and types which found work at Penrhyn, Dinorwic (where many acquired the names of racehorses!) and the Nantlle valley.  Remarkably the majority of those locos still in service in the 1960′s survived to be preserved, some of them in America and Canada.  Today Quarry Hunslets are still being produced in limited numbers by the new Hunslet Engine Co. based at the Statfold Barn Railway. The image used here is of our 7/8ths” model – there may be detail differences between this loco and the production examples.

The more generous proportions of the ‘Large’ type Quarry Hunslets (as opposed to the smaller ‘Alice’ Class) will prove beneficial to the locomotive’s run-time although to avoid compromising the look of the model we will only be offering it in 32mm gauge.  The model is gas-fired and fitted with a water top up valve, water check valve, miniature pressure gauge; constructed of stainless steel and etched brass with a copper boiler, the model will, as usual, be covered by our two-year warranty.  The anticipated UK RRP is £1595.00 (subject to the usual provisos), available Q3 2020.  As ever, we’d like to thank David Fletcher for his superb drawings, illustrating the livery options. 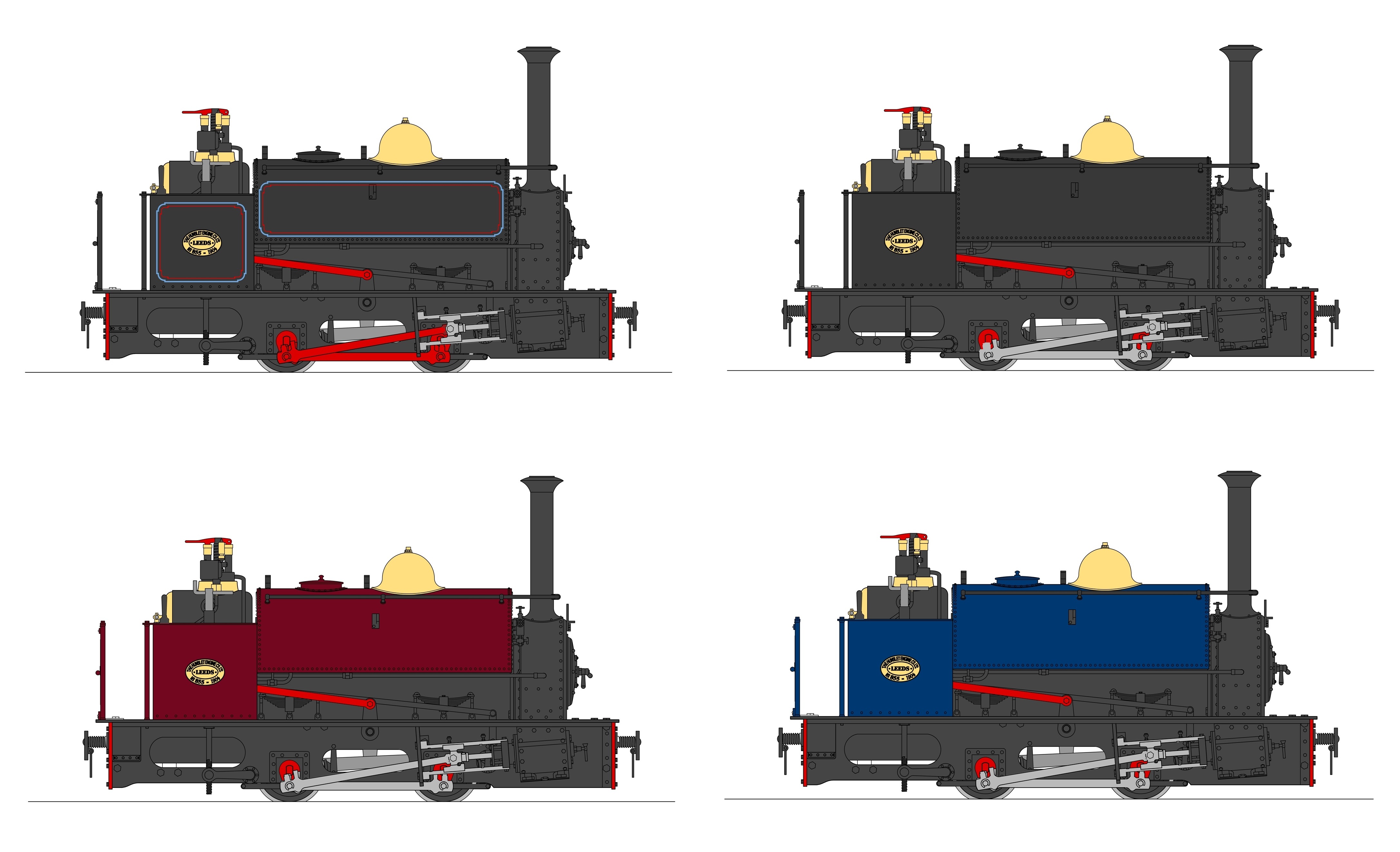 The new Isle of Man ‘G’ Vans are on their way and will be here at the end of the month.  Pre-sales have been strong and some types may sell out quickly so make sure you have put your order in with your local dealer.

For the opening of the Peel Line in 1873, the Isle of Man Railway included in its initial stock purchase from the Metropolitan Carriage & Wagon Co, four hand-braked covered goods vans with load 6 tons and central double-doors to each side. The covered vans were allocated the stock letter “G” when a revised identity system was introduced by the Railway after 1876.  The Isle of Man Railway inherited four covered ventilated vans of a different design from the Manx Northern Railway in 1904 and built a further five longer-body examples itself between 1915 and 1921 using  redundant chassis from original 4-wheel carriage stock.  The portholes on the side panels of a number of “G” vans were modifications by the Railway to improve ventilation for carrying perishable goods, live poultry and even horses!  Numbers G4, G6, G7, G9 available.  Additionally the G vans are being made in plain grey ‘data only’ for anyone who wants them for non Isle of Man purposes.  Body length is 217.5mm, overall maximum width over the handles107mm, height 134.5mm 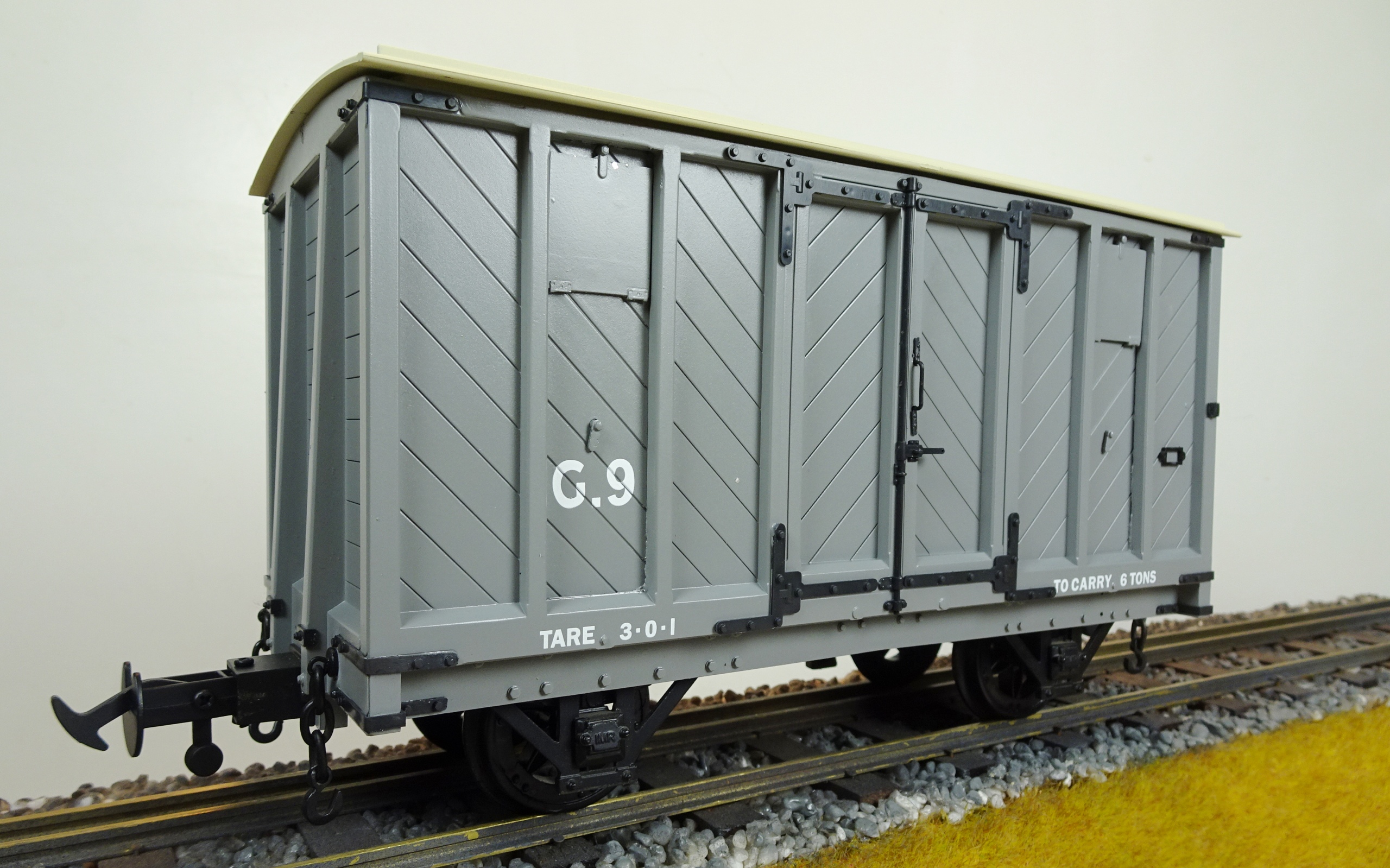 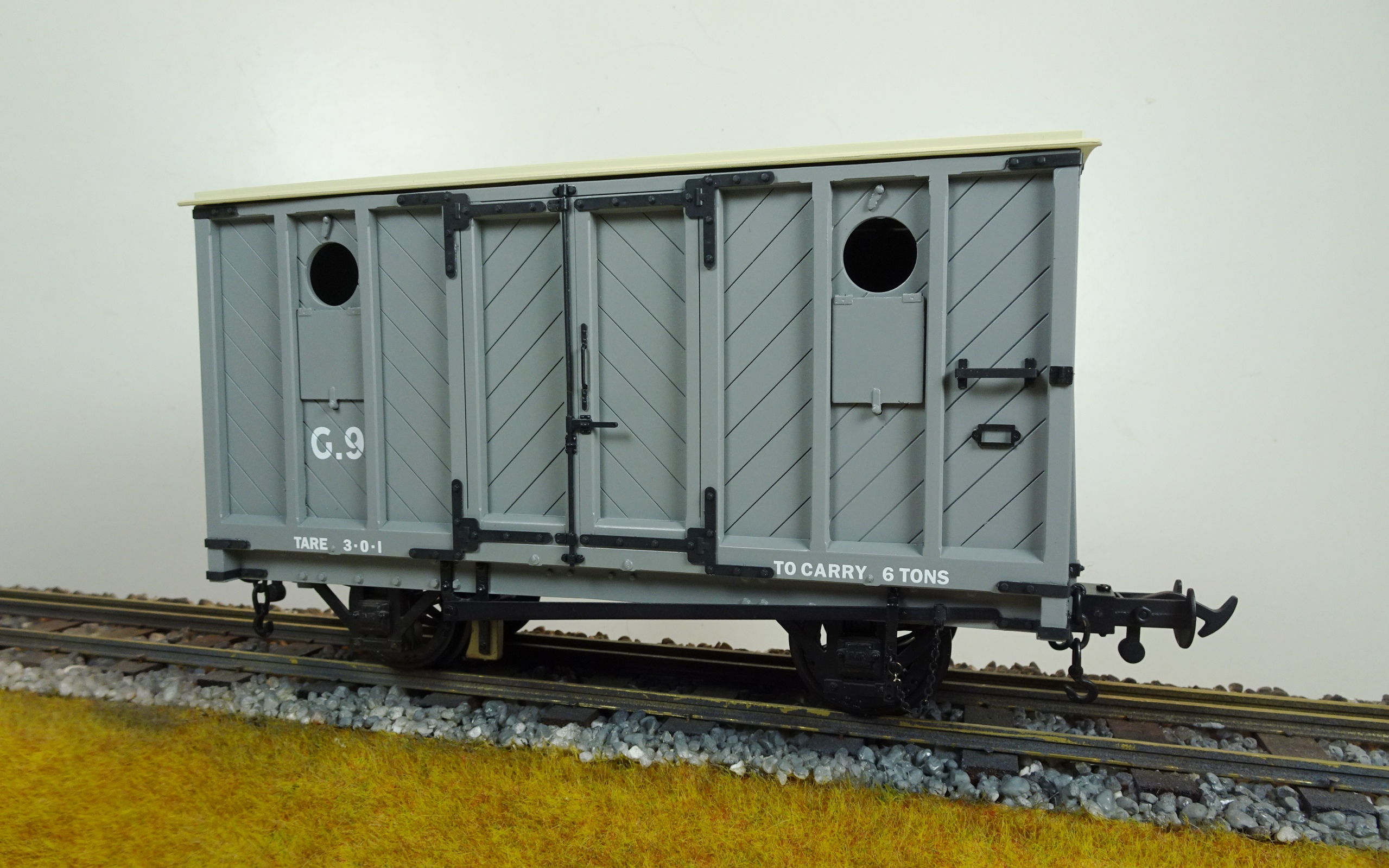 We have a few items to clear, the ‘open box’ locomotives (unless stated) have simply been opened and unpacked for photographic purposes. 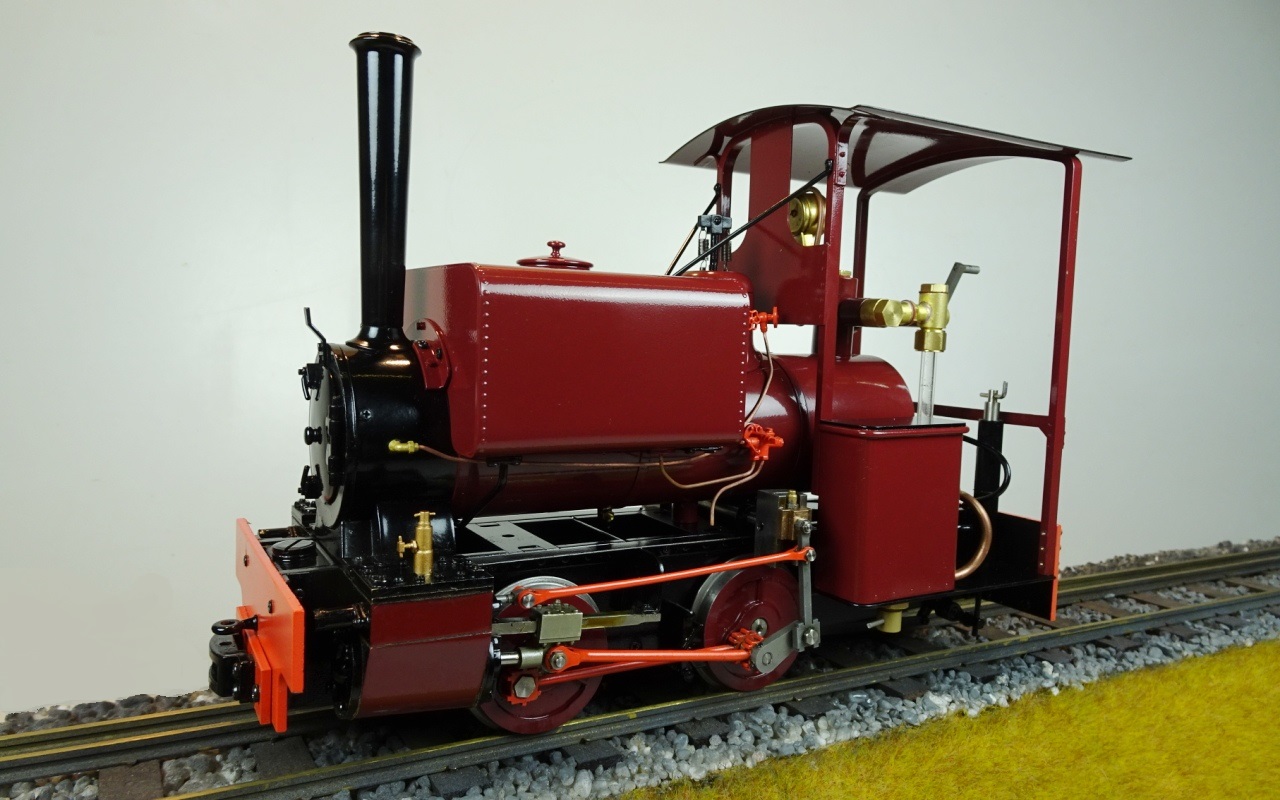 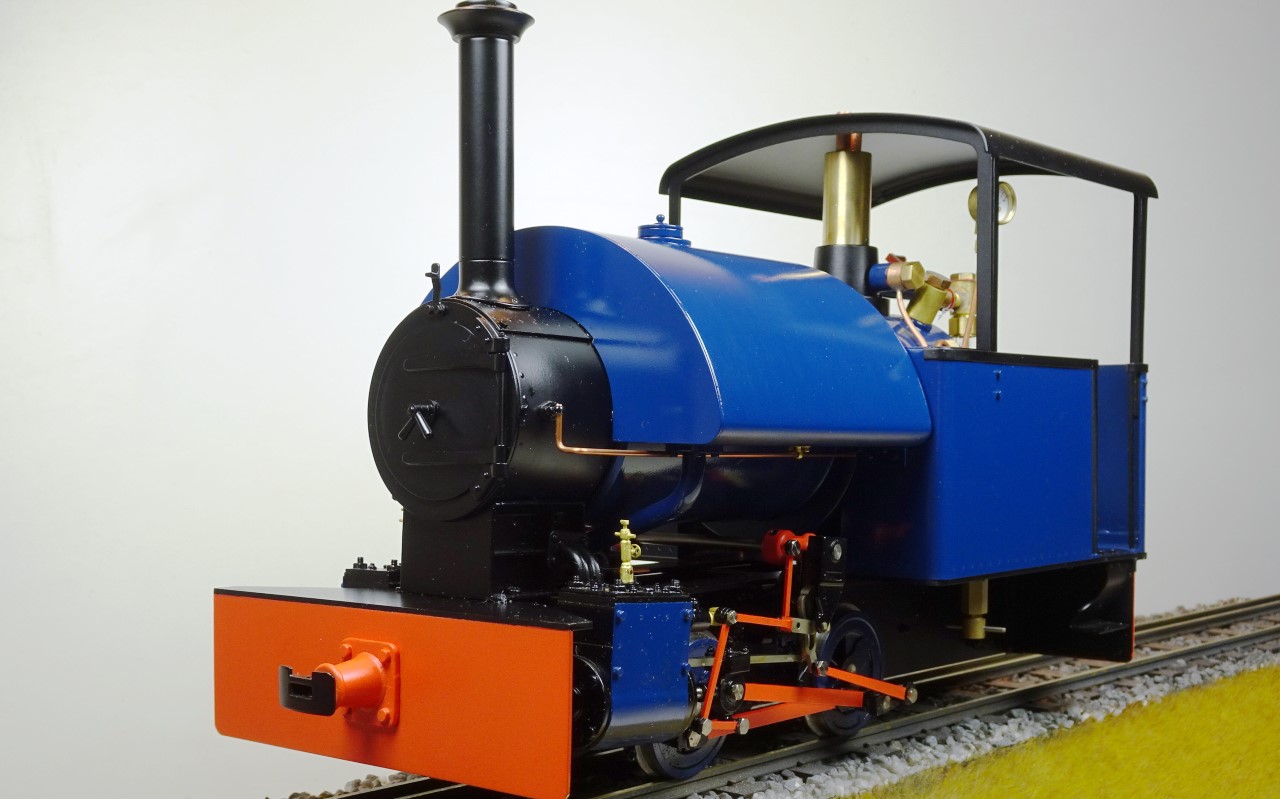