In the July bulletin we bring you more news of our open day, some further advice about the 7/8ths” Decauvilles, news of our involvement with the North Norfolk Railway’s ‘Tracks & Trenches’ weekend, an update on the delivery of the 7/8ths” Bagnall saddle tanks and absolutely the last call for Tornados.

We will be holding an open house at Unit 4, Long Meadow Industrial Estate on Saturday 5th August.  Ian has just returned from the factory having identified a skip’s worth of factory seconds, damaged items and test samples which will be shipped to the UK.  These items will be offered for sale on a ‘first come, first served’ basis without prior reservation and include ‘open box’ locomotives, rolling stock and track components as well as sundry ‘kits of parts’ with potential for re-assembly!  As they say, “everything must go!”

We can now confirm that we will be supported by Swift Sixteen, Model Earth Design & Talisman Brass Castings, Trenarren Models, Campbell’s Quarry and Neil Ramsay’s collection of Irish 3′ gauge stock.  We will be running Accucraft locomotives in 1:13.7, 1:19, 1:20.3 and 1:32 scales.  Opening times are 10.30am to 16.00pm and there will be an on site café offering refreshments and light lunches. 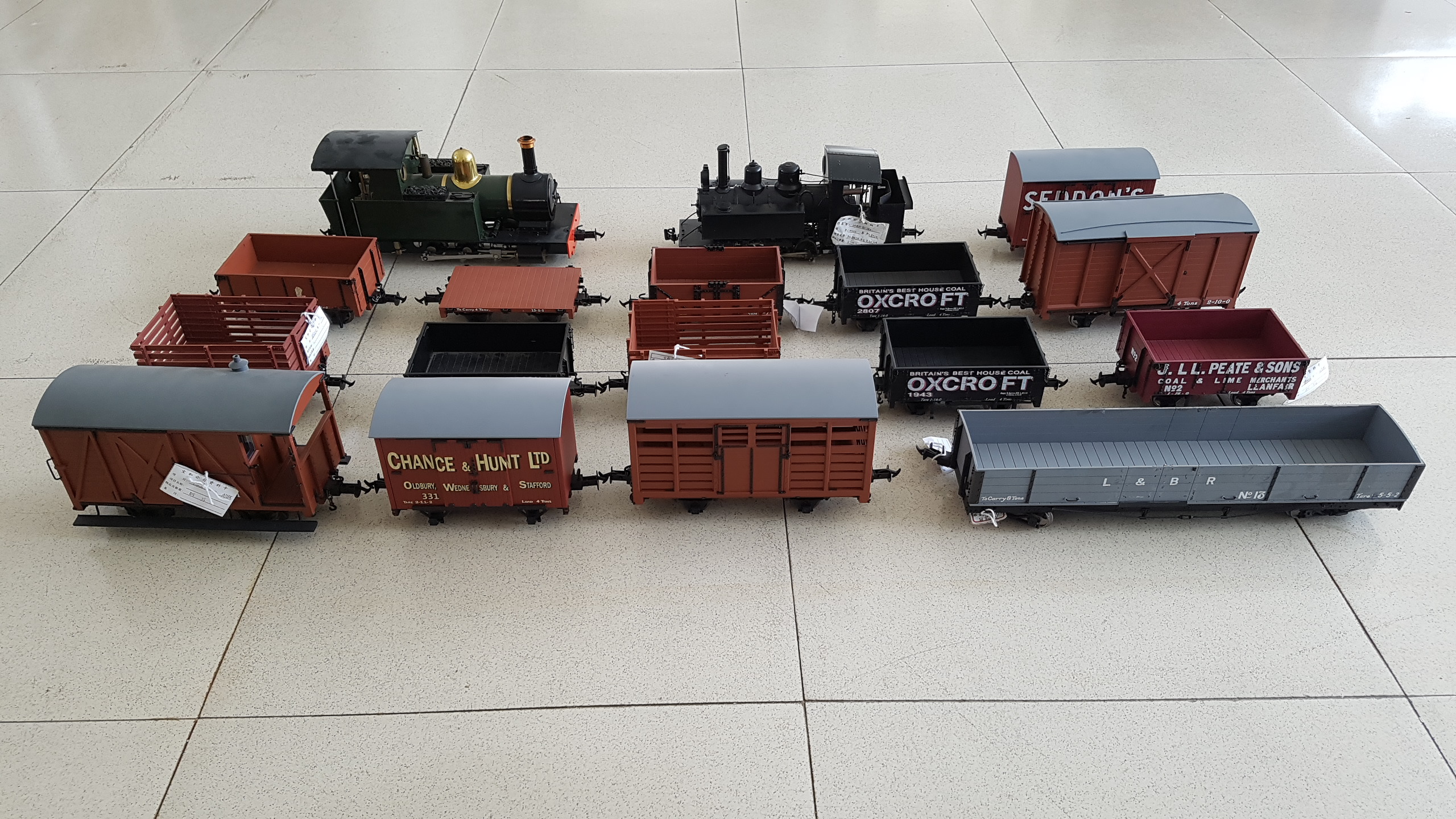 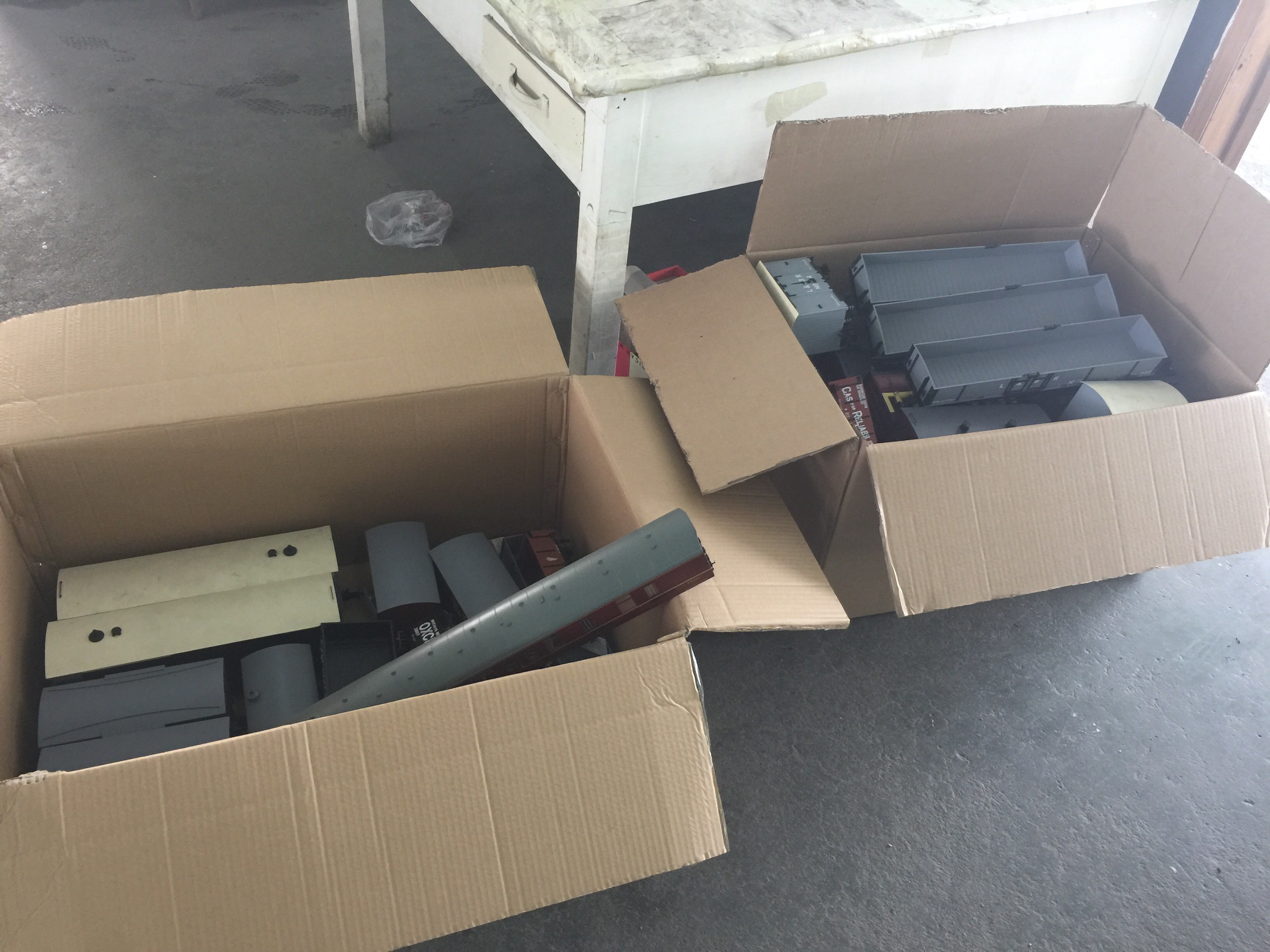 Alas, it seems the fix installed by the factory for the UK batch still hasn’t eliminated the problem of surging gas with these models.  Therefore the factory is sending us replacement tanks which are slightly smaller and can be completely insulated, trials of which have shown that this is the best solution.  The good news is that replacing the gas tank is a straightforward nut and bolt operation which can be effected by anyone with the simplest of tools.  We will be send these tanks out to all of those who have purchased their locomotives through the UK dealer network with a set of illustrated instructions. 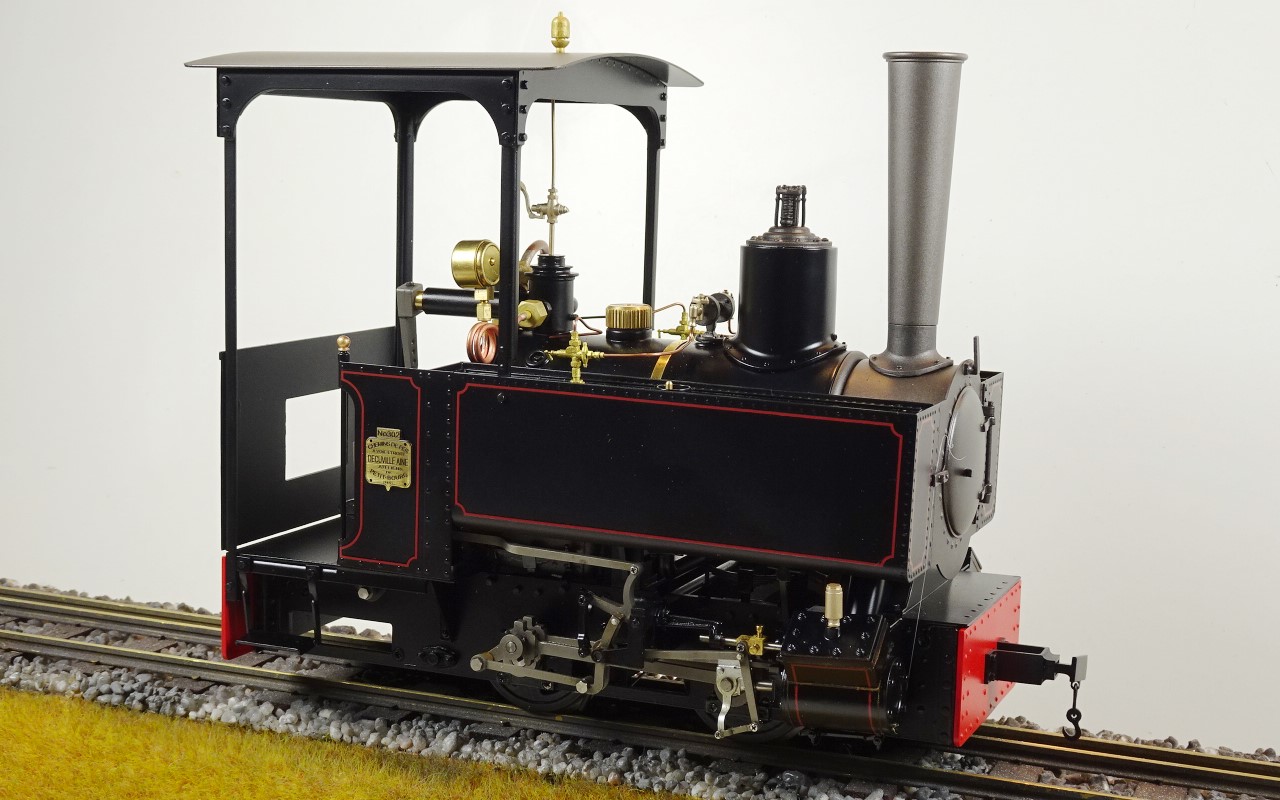 Continuing our support of WW1 themed events, we were delighted to help with the NNR’s Great War weekend in June, sponsoring the transportation of an armoured Simplex from the Apedale Railway.  A narrow gauge line had been set up in the goods yard at Holt station and our friends from Apedale had fun shunting the rolling stock on a very compact track plan.  Graham Langer of Accucraft (UK) was present with the Light Cavalry Association, demonstrating the role of the horse in WW1. 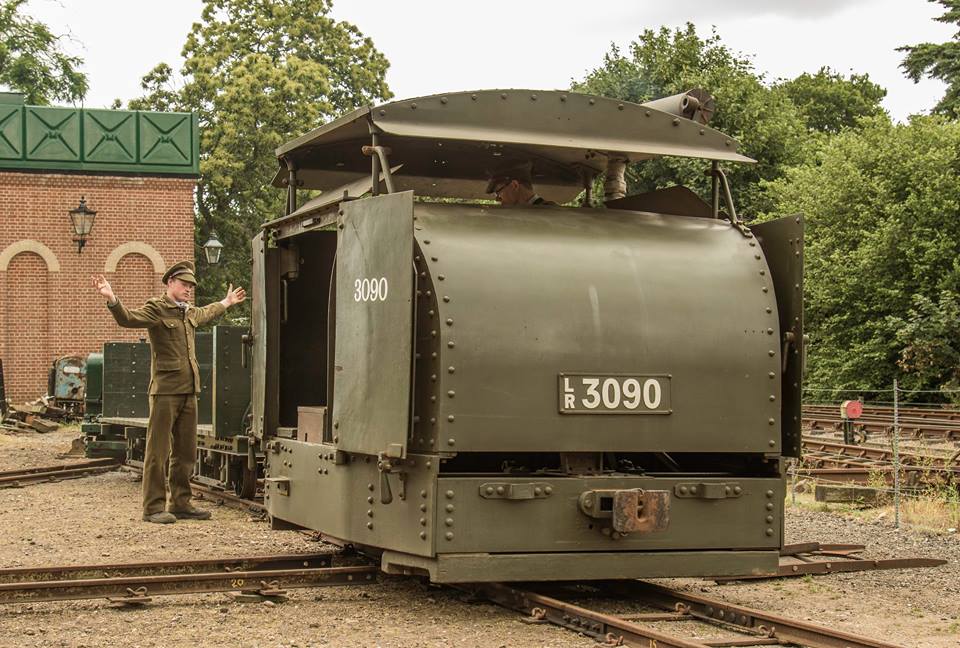 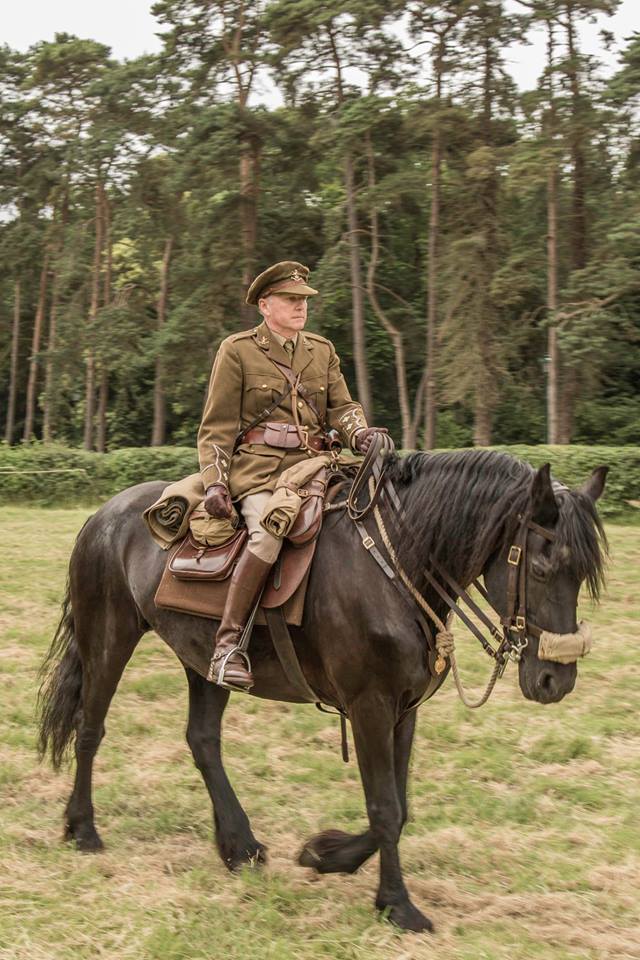 The Bagnalls are on their way!

After a long gestation period, the Bagnall saddle tanks will be with dealers in July.  Bagnall were renowned builders of industrial locomotives for both standard gauge and narrow gauge.  They developed a huge range of designs and built numerous engines for the ‘big four’ and the MOD.  The 7″ x 12″ saddle tank was a mid-range narrow gauge design that could be supplied in a number of different formats.  Several examples of the type have been preserved including Woto by Alan Keef, the prototype on which we based our model. You can see the full specification here. 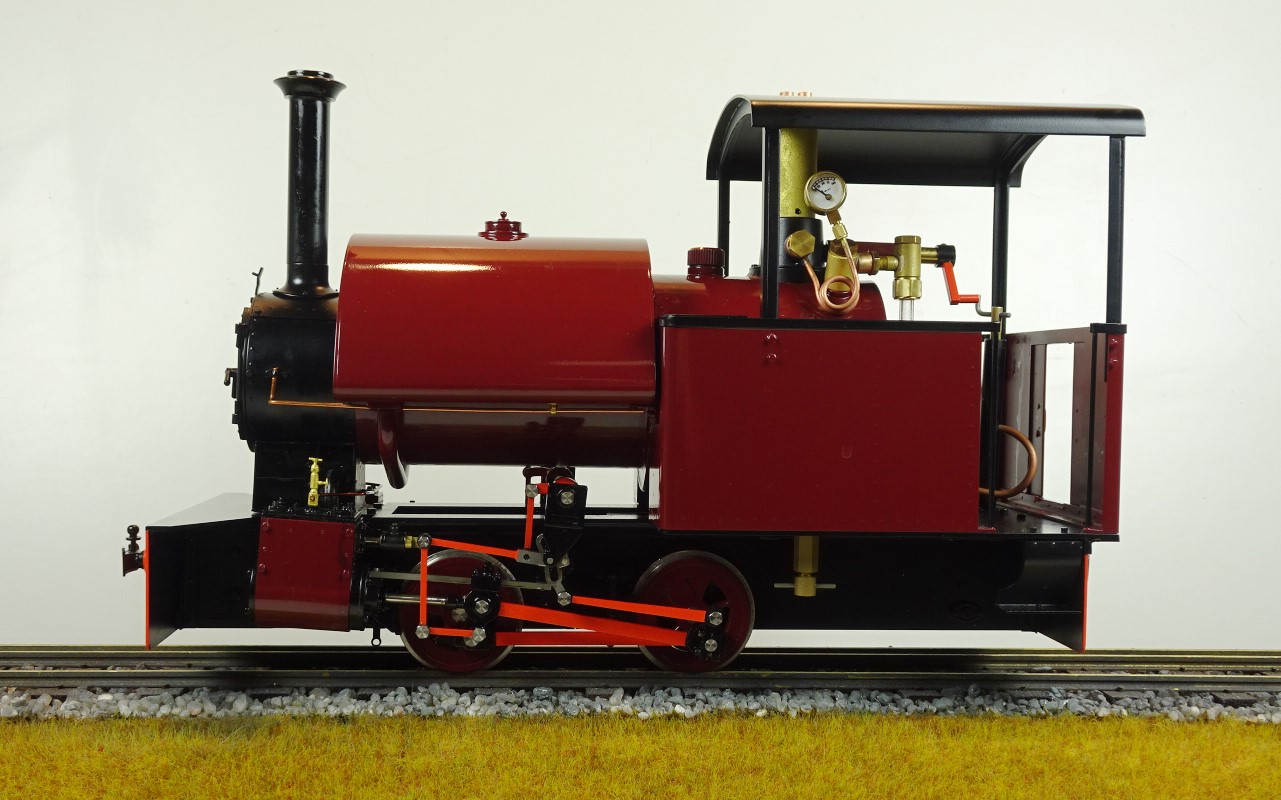 Absolutely the last call for Tornado!

We have been made aware by our colleagues in Union City that the US office has a handful of these lovely Gauge 1 locomotives left.  We can offer these to UK customers for £3650.00 including UK delivery and VAT but they will only be available directly through the Hereford office.  You can see the full specification here.