This month we bring you news about the Type 1 Decauville, recently delivered 1:32 Scale wagons, a significant contribution to the A1 Steam Locomotive Trust as well as the Colonel Stephens Museum in Tenderden.  Please note the ‘final call’ for the N&W J-Class and our item about ‘open box’ sales as well as our absence from Warley this year.

News reaches us that the first of these little locos is under construction and can be yours for just £70,000 + VAT if you get your order in before the end of the month, after which the price goes up to £77,000 + VAT.  However, if you don’t fancy the 2′ gauge version now being built by NBR Engineering it looks as though the Accucraft (US) 7/8ths” version will follow delivery of our own Bagnall in the new year.  Alas this means we have had to review the price (in light of Sterling’s continued weakness against the dollar) and the model will now carry a UK RRP of £1695.00 including VAT and UK warranty.  We will have more news about Accucraft’s involvement with the manufacture of the 2′ gauge new build locomotives in due course. 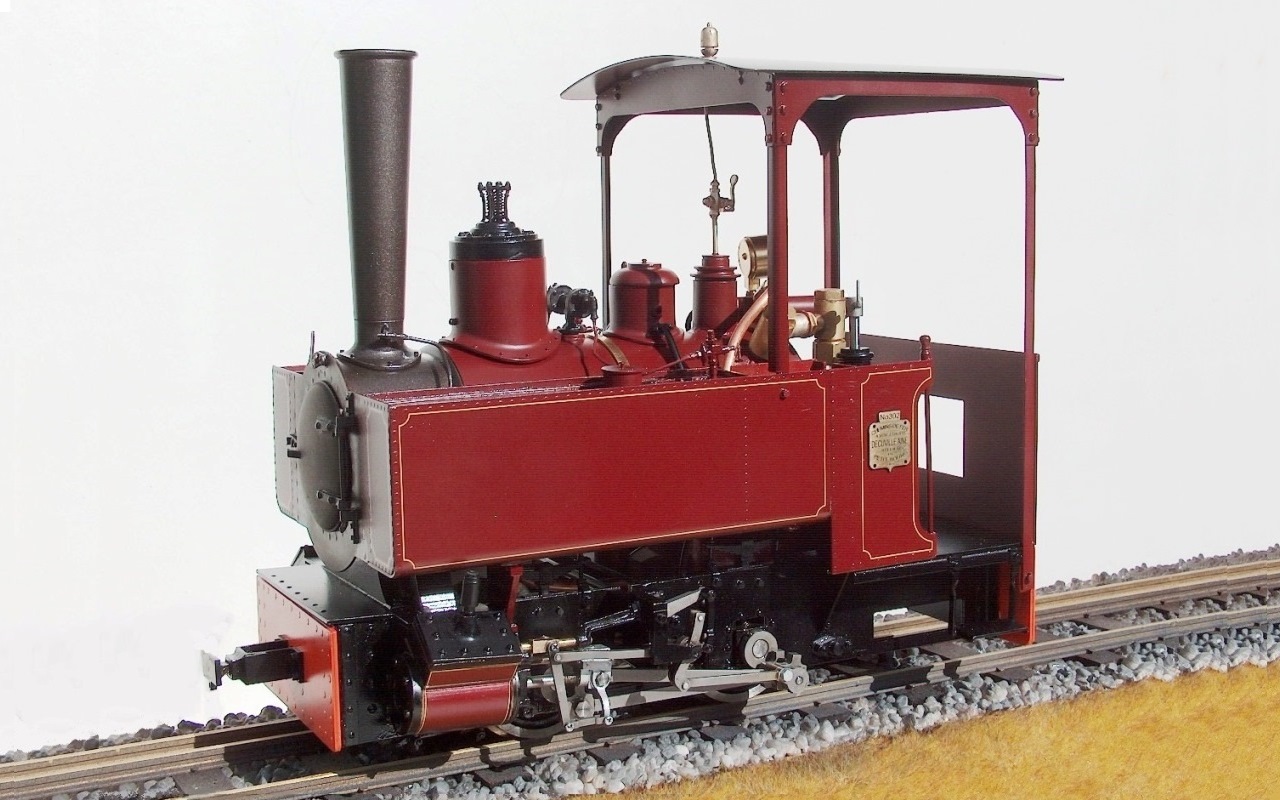 We are pleased to say that we have recently taken delivery of another batch of these lovely 1:32 wagons including the BR bauxite version.  The production run also included a limited edition version produced exclusively for G1MRA members to mark the 70th Anniversary of the Association as well as ‘Camerton Collieries’, which is only available from Cliff Barker, and ‘Consolidated’ which is exclusive to Trackshack. 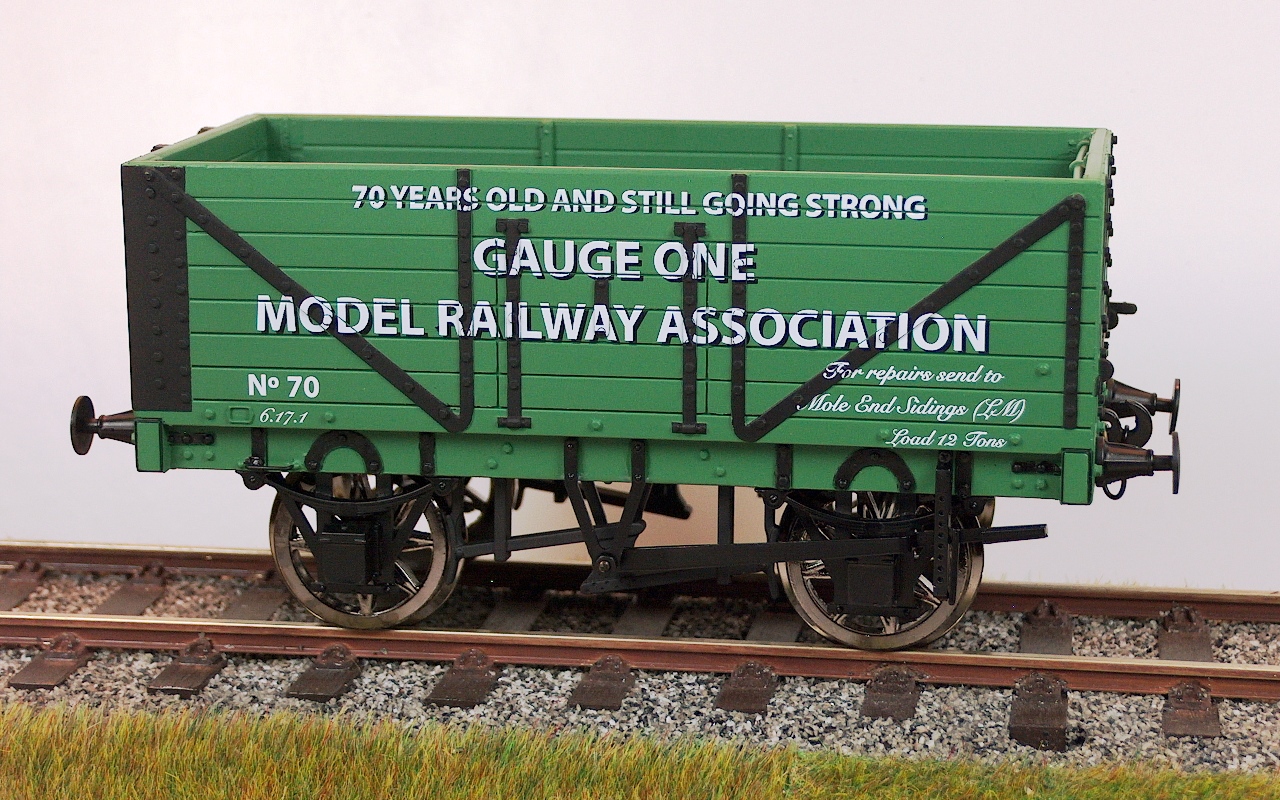 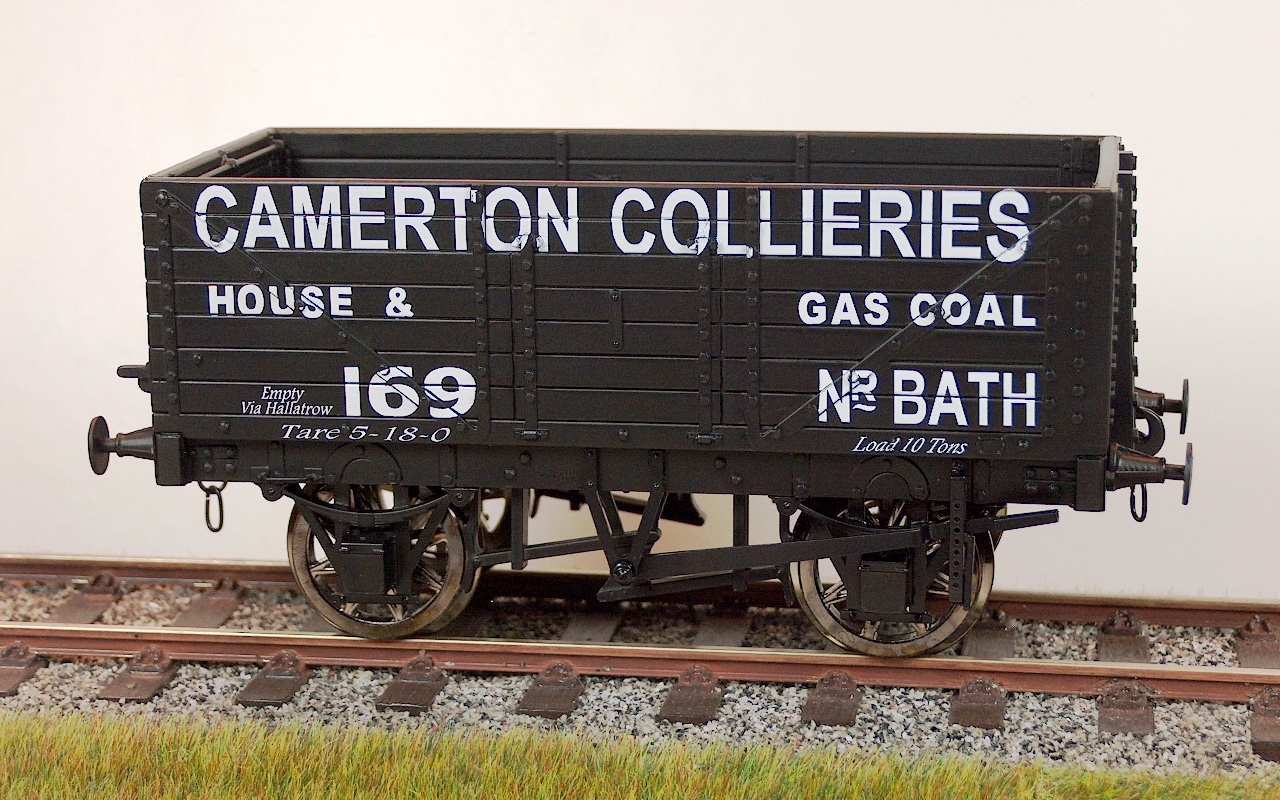 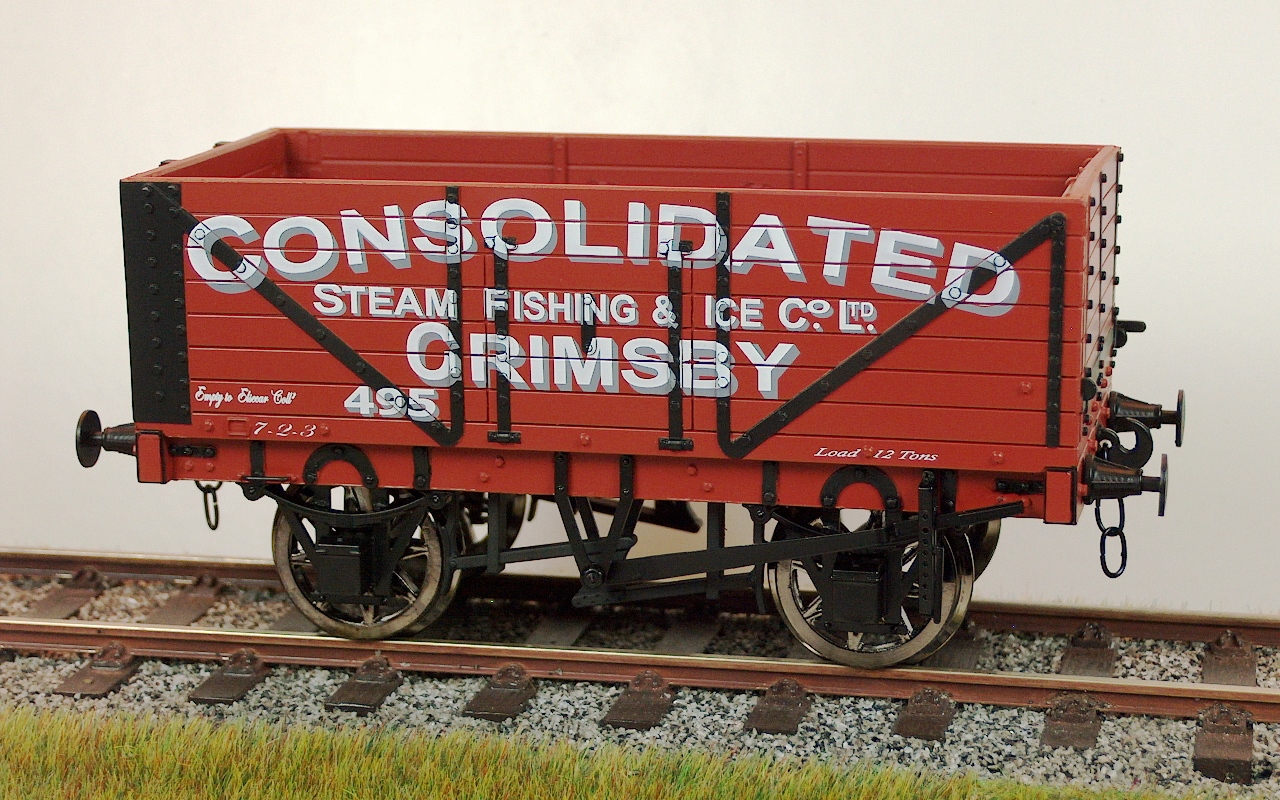 At the A1 Steam Locomotive Trust’s annual convention on 1st October, we were delighted to hand over a cheque for £10,000 raised from the sale of our 1:32 Scale model of Tornado.  The money will be put towards the final purchase of Tornado’s tender from William Cook Cast Products, principal sponsor of the Trust, who had generously funded its construction and subsequent lease to the Trust.  Passing the funds over to Mark Allatt, chairman of the Trust, Graham Langer paid tribute to all those who purchased the model, thereby contributing to Tornado herself. 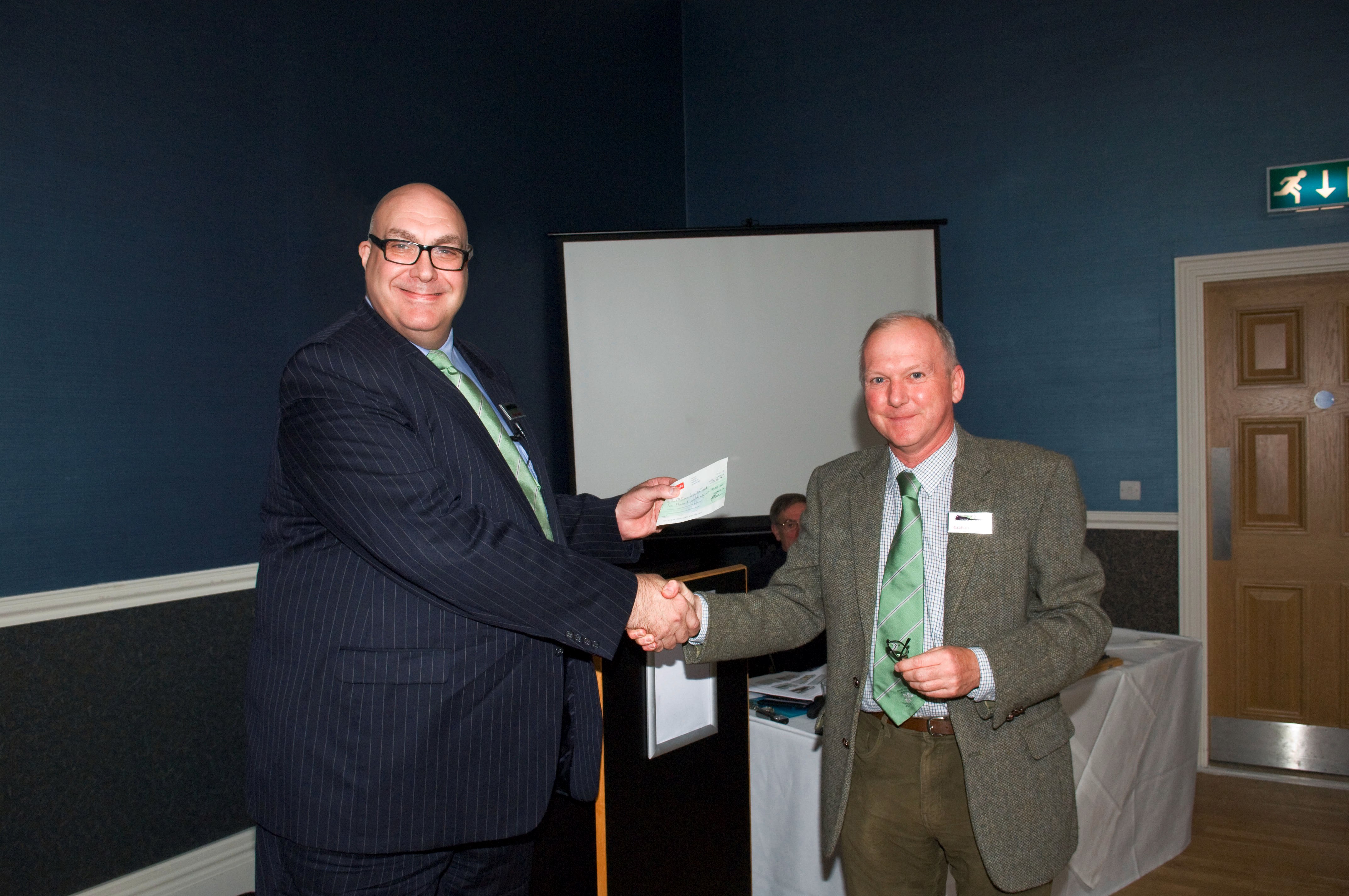 An Accucraft WD Baldwin for the Colonel Stephens Museum

Through the good offices of the Colonel Stephens Society, Accucraft (UK) has facilitated the acquisition of one of our 1:19 Scale WD Baldwins for display in the Colonel Stephens Museum in Tenterden, Kent.  An urgent need for narrow gauge locos to operate the lines behind the trenches in WW1 led the Railways Operating Division (ROD) to source locos from America as well as Britain. Both Baldwin and Alco produced designs and the Baldwin 4-6-0 pannier tank was made in huge numbers. Dispersal sales after the war saw them scattered around the globe with a number ending up in the UK on lines such as the Welsh Highland, Ashover, Snailbeach and Glyn Valley Tramway, many having been acquired by Colonel Stephens for his narrow gauge empire! 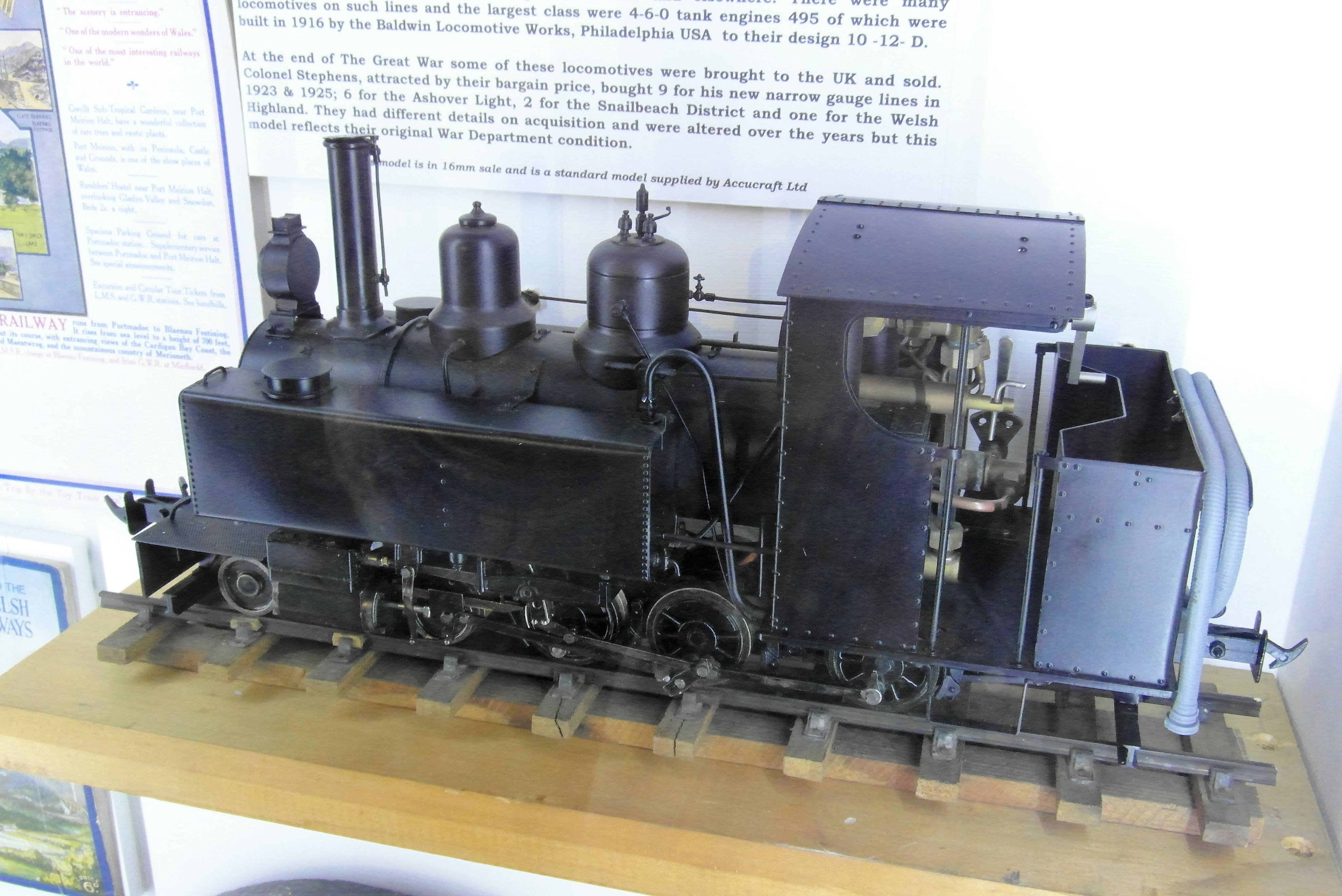 We are just about to ship our allocation of these stunning models so if you fancy one, this could be your last chance.  UK RRP £5,950.00 – call our Hereford office to make a reservation!

We recently delivered one of these superb models to Bram Hengeveld (Exclusive Models) and he took the opportunity to film the locomotive’s first run.  It is only natural to expect an engine this complex to be a little stiff and suffer some initial teething problems but Bram reports that it ran as smoothly as a sewing machine ‘straight out of the box’, a fine tribute to engineering skills at the Accucraft factory!

These superb locomotives are currently available at an amazing UK RRP of just £7,000.00 including VAT, UK delivery and UK warranty.  Contact our Hereford office to reserve yours.

At the bottom of our ‘stock status’ pages we carry a list of ‘Open Box’ models available for direct purchase.  All items listed in ‘Open Box’ section may have been used for trade show demonstration, display, or other similar use. Some items may be repairs of slightly damaged models and are so noted. Quantities are limited. Locomotives have been tested and are in operable condition. No broken or missing parts unless otherwise specified. All Warranties Apply. Models are available for direct purchase only. Please check back regularly for newly listed items!

After many years attending the Warley Model Railway Show at the NEC, we have decided to take a rain check this year and will not have a stand.  While we appreciate seeing many of you there the costs now outweigh the benefits and we will be concentrating our efforts on more appropriate shows such as G1MRA gatherings and the Llanfair Garden Railway Show in future.