This month we bring you further news of the Isle of Man Railway ‘E’ Vans, the announcement by Trackshack that they intend to produce models of Polar Bear and Brown Bear to accompany their 7/8ths” Scale model of Sea Lion and the arrival of two new private owner liveried W&L open wagons. We will, as ever, be attending the Llanfair Garden Railway Show again on the 3rd and 4th of September and will, once again, be selling the ‘sweepings off the factory floor’ – an assortment of ‘open box’ locomotives, items of rolling stock and numerous parts and accessories that are cluttering up our warehouse; all these items will be on a ‘first come, first served’ basis each day – bring cash! 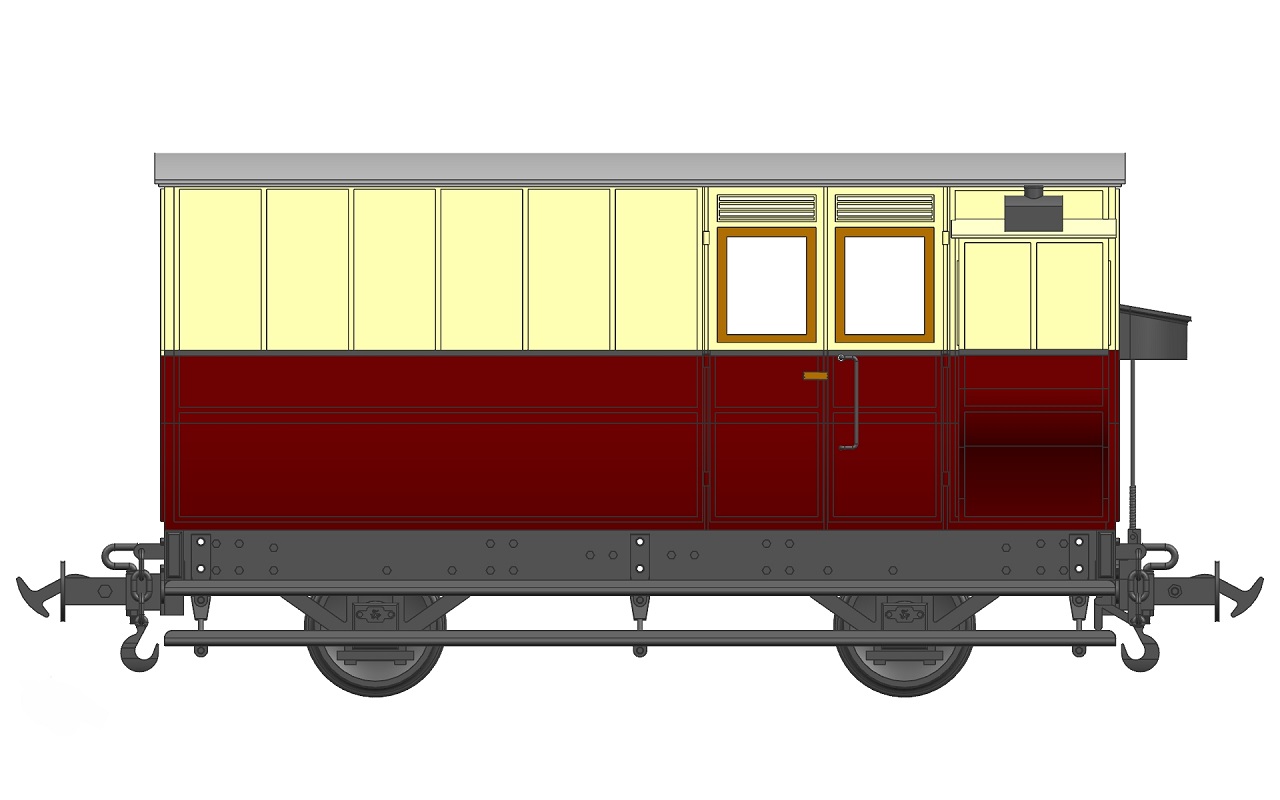 The ‘E’ vans were four-wheeled brake and luggage vans fitted with lookout duckets, but otherwise entirely sealed with only two drop-sash windows at the guard’s door. None of these vans survive today, and they were effectively made redundant when later passenger coaches had their own braking systems. The primary purpose of the ‘E’ van was to provide luggage accommodation and braking for the original ‘A’ – ‘D’ class most of which did not have their own brakes when supplied in 1873/4. One surviving member of the class sat at the end of the Port Erin arrival platform at Douglas for many years and retained its pre-war two-tone brown livery. The Manx Northern Railway owned a pair of similar vans for use with the ‘N’ class carriages, but these seem to have been replaced in the 1890s and then used for goods traffic until they were scrapped in the 1920.

The roof is removable if required for customers to install their own interior detail, for example, or lighting.  An additional set of 32mm wheels is also provided.  Although the models are 1:20.3 scale they look well with 1:19 scale equipment and are probably larger than the equivalent scale models of Talyllyn coaches!  You can see the full details here.

In its original guise Groudle Glen Railway operated with two steam locomotives, Sea Lion of 1896 and Polar Bear of 1905, both built by Bagnalls of Stafford.  The railway’s volunteers have long held a dream to restore the scene of two Bagnall locomotives operating down the glen at Groudle on a permanent basis. With this in mind, and on account of the reasonable certainty that Polar Bear will never return to the Glen permanently, the Groudle volunteers decided to replace her with a replica built to the original 1905 design. Continuing the theme of naming locomotives after the animals that once inhabited the Victorian zoo at the railway’s Sea Lion Rocks Terminus the new locomotive is being named Brown Bear.

To turn this dream into reality, the railway launched a ‘Build Brown Bear’ appeal to raise the envisaged £50,000 plus required to fund the construction of the locomotive.  At the time of writing (July 2016) the new build is well on. The frames are on the wheels with cylinders and many motion parts fitted as a rolling chassis. The tanks and cab have been made and the order placed for construction of the boiler.  The original chimney from locomotive Polar Bear (which now carries Sea Lion’s original chimney) has been restored and will be incorporated into the new locomotive to ensure a historical link with the past.

Following the success of the model of Sea Lion commissioned from Accucraft UK by TrackShack we are pleased to now launch new models of both Polar Bear and the new build Brown Bear. Once again 50% of any profit from these models will be donated to the ‘Build Brown Bear’ appeal, and along with the monies donated through the model of Sea Lion these funds are being ring fenced in the charity accounts ready to pay for the new boiler for Brown Bear.  The new model of Polar Bear carries the original Bagnall lined yellow livery as originally delivered in 1905. The new model of Brown Bear carries the lined light brown livery that will be carried by the new build loco when completed at Groudle.  The target UK RRP is £1295.00 for both models – contact Trackshack to pre-order. 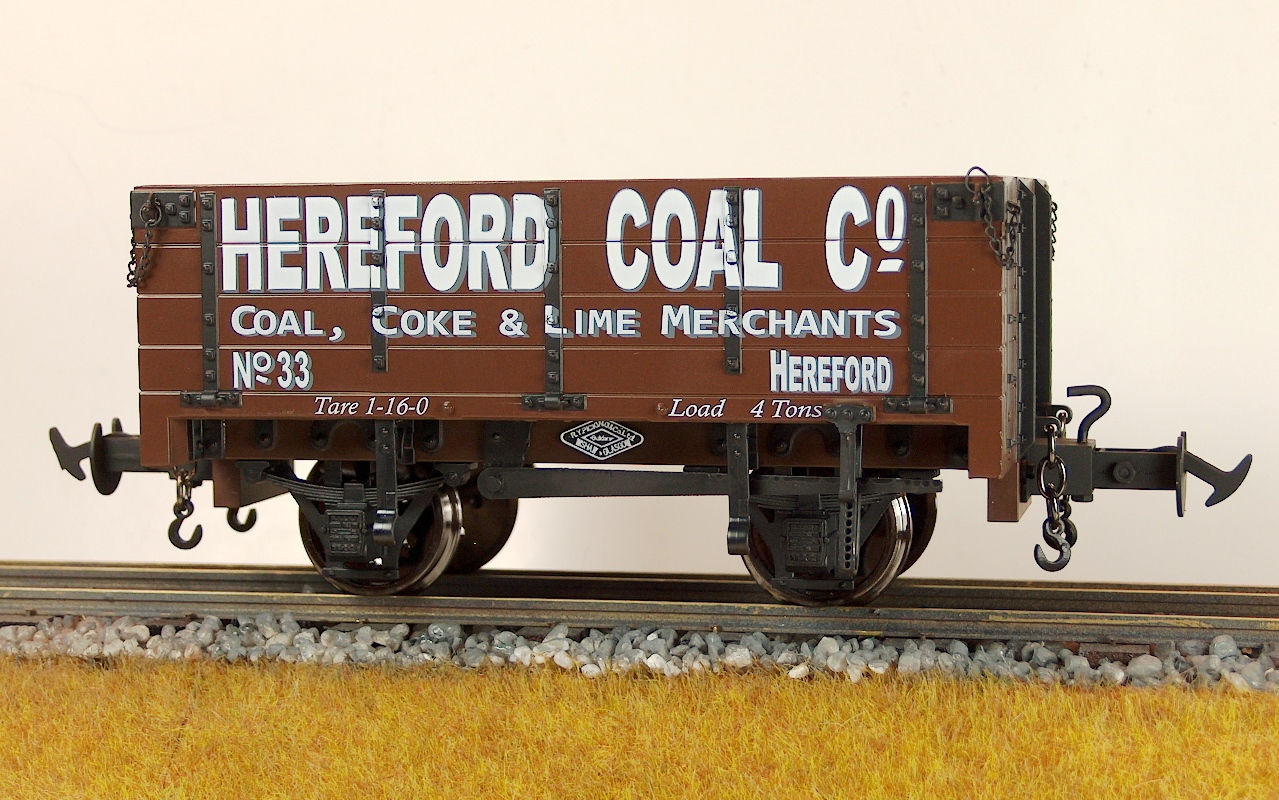 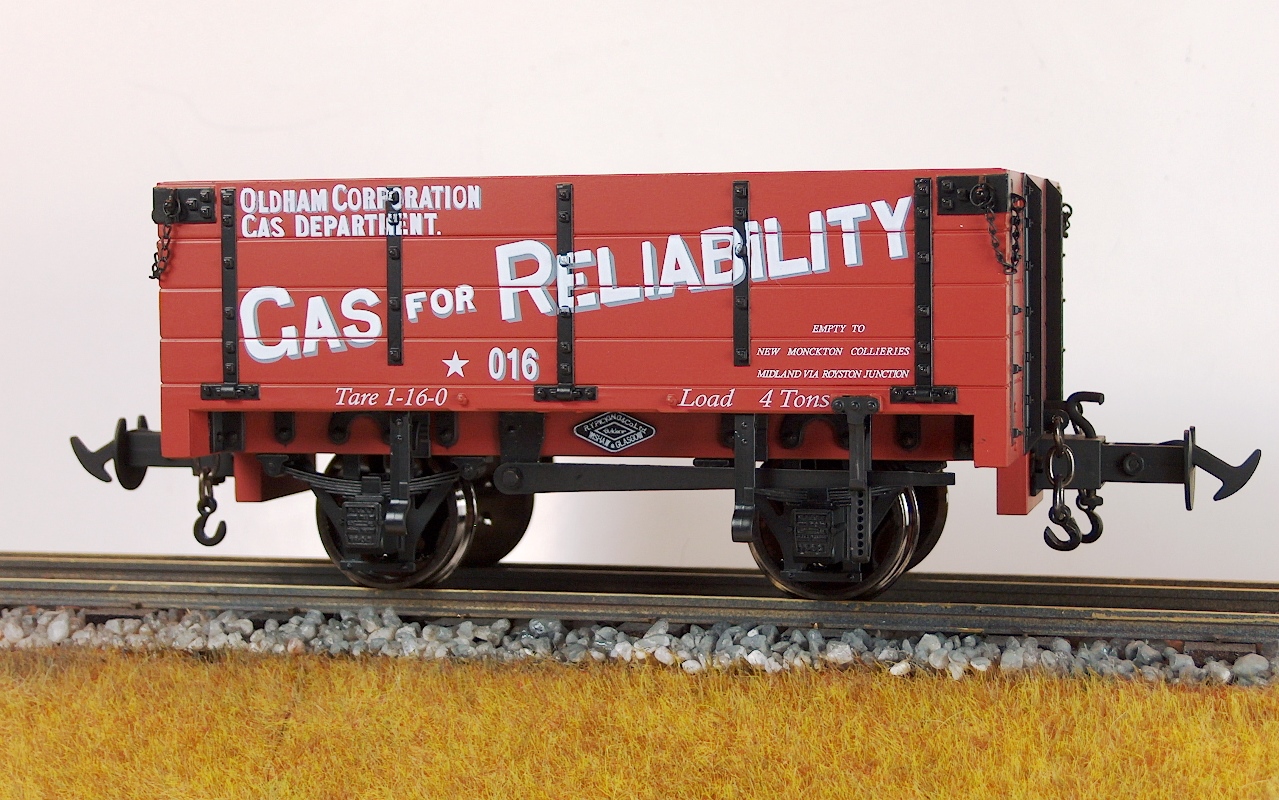