This month we bring you news of a new dealership in Derbyshire, a re-run of the W & L cattle vans, the announcement of a lovely new Canadian Pacific locomotive and a reminder about warranty returns.

We are pleased to say that we have recently added Malc’s Models to our list of dealers.  Having traded in Ilkeston for some years, Malcom Grubey has recently moved into larger premises in Pelham Street, the expanded showroom offering more space to display a wide variety of garden scale equipment including a range of Accucraft products.  We wish Malc every success in the new location and hope that modellers in the area support his business.

Due to overwhelming demand we will be running the Welshpool & Llanfair cattle vans again this year.  Make sure you have your reservation in with your local dealer if you missed out last time! 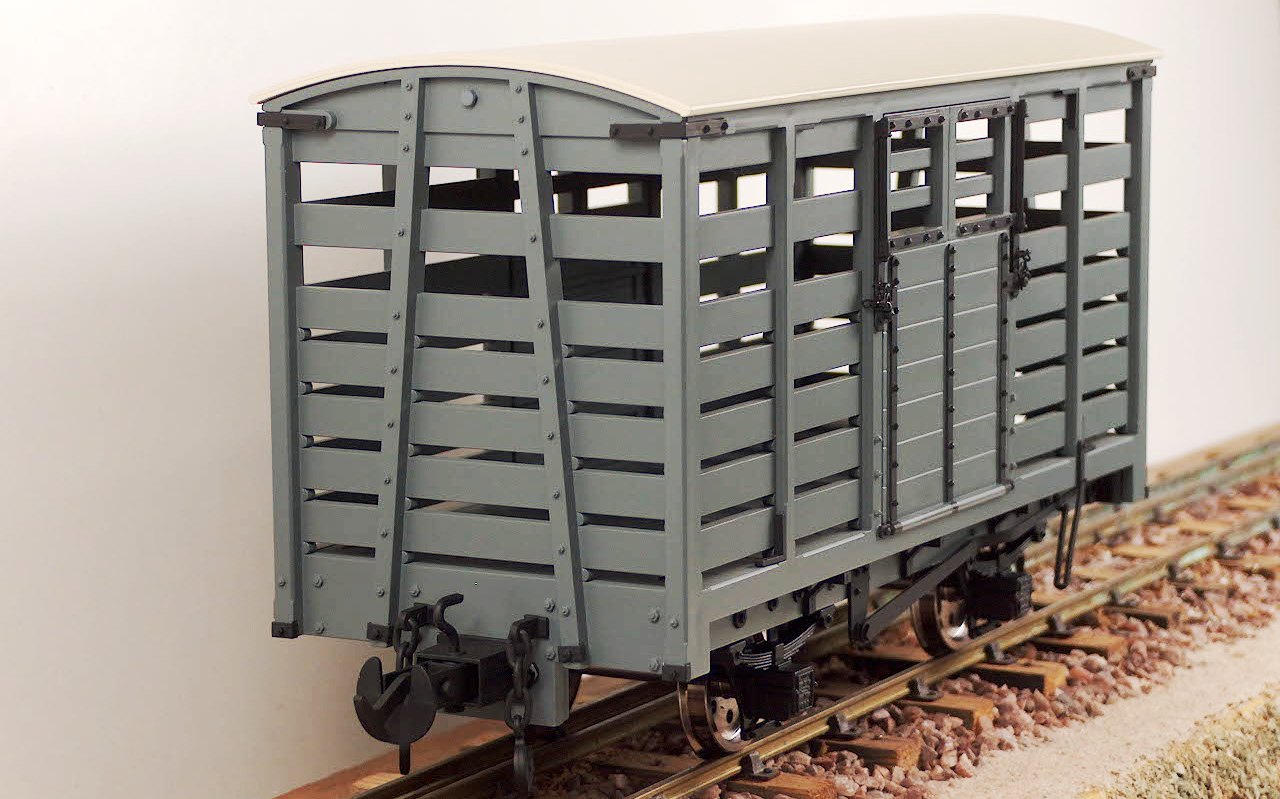 Accucraft (US) is proud to announce the Canadian Pacific 2-10-4 ‘Selkirk’ #5935 in 1:32 scale, 45mm gauge live steam in an edition limited to 50 models. These fine scale alcohol-fired models are constructed from brass and stainless steel. The following features are included:

Accucraft’s ‘Selkirk’ #5935 represents the last T-1c class 2-10-4 built. Constructed by Montreal Locomotive Works in February/March 1949 as CP 5930-5935, these six oil burning T-1c class locos remained in service less than 10 years; the railway was already replacing steam with diesels. The first of the ‘Selkirks’ was built in 1929, in total twenty were constructed during this year numbered 5900 to 5919. The Canadian Pacific Railway’s classification was T1a. They weighed 340 tons fully loaded. They were named after the Selkirk mountain range that they crossed.

Another ten were built in 1938 and the Canadian Pacific Railway assigned these T1b class, numbered from 5920 to 5929. The T1b class was ten tons lighter with the boiler pressure increased from 275 to 285psi.The final six Selkirks, classed T1c, were built by the Montreal Locomotive Works shop in 1949. They were the last standard gauge steam locomotives built in Canada for a Canadian railroad. Much the same as the T1b except that they incorporated two cross-compound air compressors for rapid recharging of the air brakes. They were equipped with boosters and all were built as oil burners. The tenders held 12,000 imperial gallons of water and 4,100 imperial gallons of fuel oil and were equipped with six-wheel trucks.

The last Selkirks were taken out of service in 1959. All but two of this (T1c) class were scrapped. None of the earlier T1a class or T1b class locomotives was preserved. The 1:1 scale CP #5935 is preserved and on display at Exporail, the Canadian Railway Museum in Saint-Constant, Québec.

All Accucraft Trains models are designed and built to exacting standards from carefully researched plans and prototype measurements. Painstakingly hand-crafted from brass and stainless steel, the model is designed to give a lifetime of enjoyment.

Unfortunately we have had a number of casualties among locomotives coming in for warranty repairs.  Please may we remind you that unless the model is packaged as it left the factory it is unlikely to survive the vagaries of carriage in one piece.  Unbelievably we have received a number of locomotives in just the red inner box, devoid of any sensible packing material; in consequence these have been damaged in transit and a charged for repair has been needed to return them to full health.  Please ensure that your dealer supplies you with both the inner (red) and outer (cardboard) boxes and all the associated packaging when you purchase an Accucraft model and that if warranty work should be required the model is re-packed accordingly before our carriers collect it.  Failure to do this will attract a charge for any repairs not covered by the warranty as well as the cost of any additional packaging to ensure a safe return.  Please remember that we have extended our warranty period to two years for models purchased since 2013.