May we wish you an early ‘Happy Christmas’ and thank you for supporting Accucraft (UK) throughout a very successful 2013.  During the year we have been able to lay plans for production during 2014 and will be announcing the new range on January 1st.  This month we are able to bring you news of Warley, the new Isle of Man ‘M’ wagon, Black 5’s and ‘Royal Hudsons’….. 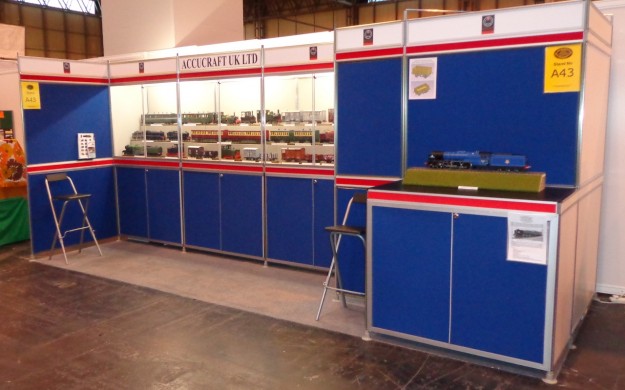 Another good year at Warley!  With excellent footfall over the weekend the Accucraft stand attracted a lot of attention from passing visitors and, as ever, we were able to promote our models to a discerning audience.  The stand had a view dominated by the new-build Patriot Class locomotive, The Unknown Warrior – one for the future?  It was good to see so many of you as well and we hope you enjoyed the show as much as we did. 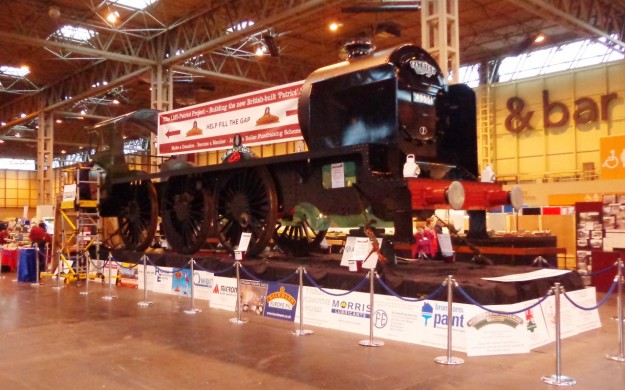 The first in an Isle of Man connoisseurs range, TrackShack has commissioned Accucraft UK to produce the iconic Isle of Man 2 plank ‘M’ wagon. There will be 8 different running numbers, and also a ‘data only’ version for anyone who wants a wagon without the IMR numbering on. 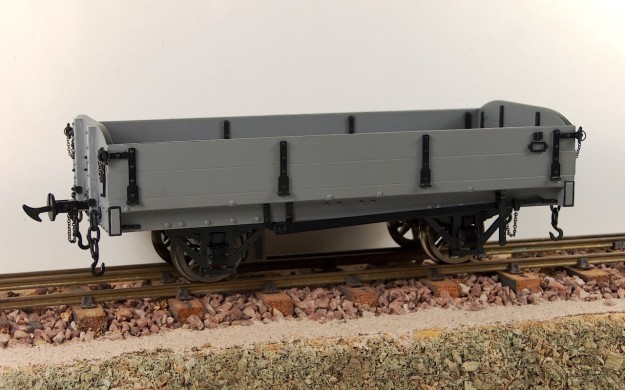 Whilst the coupling height of the wagon will naturally be IOM height there is an adaptor plate in the box for anyone who wants to set the couplings to the lower 16mm height. It will be possible to use either the Scale IOM couplings or the standard Accucraft couplings at either IOM or 16mm scale height.  It will noted from the drawings and specification great trouble has been taken to ensure this very accurate model will be quite exquisite.  The target RRP is £65.00.  You can see all the details here.

We have been made aware of a tranche of these models lying in San Francisco.  Judging by latent demand for these 1:32 scale locomotives we think some of you still require them.  Although the L.M.S. one is no longer available we can obtain both the early emblem and late crest British Railways versions for a UK RRP of £1225.00.   Please contact your local retailer for availability. 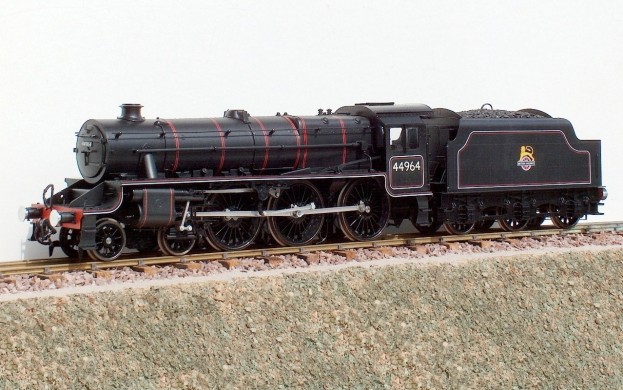 To coincide with the announcement of their 1:32 scale streamline coaches by Accucraft (US), we are offering the Canadian Pacific Royal Hudson at a discounted price of just £3950.00 – imagine one of these with a rake of matching cars in tow!  Available in both gas-fired and meths-fired versions contact your local retailer for further details.

Designed by Henry Bowen and introduced in 1937, the semi-streamlined Hudson was selected to haul the 1939 Royal Train that carried King George VI and Queen Elizabeth on their journey across Canada. No. 2850 was chosen and was turned out in a spectacular Royal blue and stainless steel livery to match the 12-coach blue and silver train.

So impressive was 2850’s performance on the 3224 mile trip that Canadian Pacific applied to Buckingham Palace for permission to officially designate the class as Royal Hudsons, a request that was granted. Subsequently all 45 members of the class carried a cast Royal Crown on their front running board skirts. The Royal blue livery on 2850 only lasted for the seven months of the summer of 1939 and after exhibition at the New York World’s Fair it was replaced by the standard passenger livery of maroon panels with grey boiler cladding and cylinder covers, which it has to be said is still a spectacular livery!

Although designed as express passenger engines and capable of over 90mph, the Royal Hudsons were also used extensively on freight duties, but it was on the prestigious passenger trains such as the daily Dominion that they made a name for themselves with 1250 mile runs between Calgary and Ft. William (Thunder Bay). On the cross-country runs it was common to have several express reefers at the head end between the engine and baggage car.

The Royal Hudsons ran in service right up to the withdrawal of steam by Canadian Pacific in the summer of 1960 when most of the class were scrapped. Happily four have survived to this day in preservation, including 2860 currently in steam in British Columbia.  Also 2850 is preserved in its Tuscan and grey livery and has pride of place at the Canadian Railway Museum at Delson just Outside Montreal.