The August website newsletter allows us to bring you news of the Argyle Loco Works stunning ‘NA’ Class 2-6-2T, further liveries from TrackShack and staff changes in our office.  We look forward to seeing many of you at Llanfair at the end of the month. 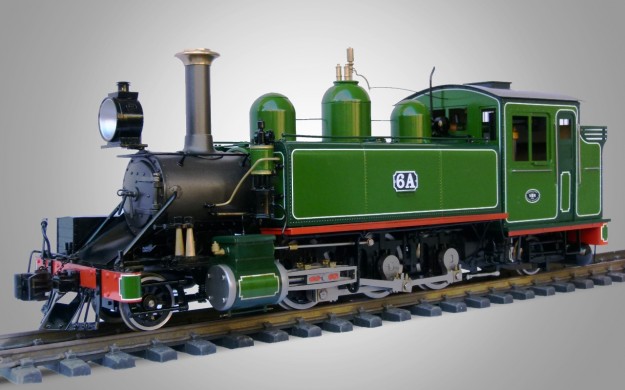 Argyle Loco works have released an image of the engineering sample of the new Accucraft Victorian Railways NA Class 2-6-2T.  We have to say it is simply magnificent and raises the bar yet again it terms of accuracy and detail in 1:19 scale.  The decision to aim for such a high specification has meant that the target RRP in the UK has risen to £2200.00 but we feel that this represents very good value for money for such a large locomotive.  The models will only be available through our own office and will be produced in a strictly limited run to be available in 2014.  The electric version is likely to carry a price tag of £1750.00.

The Victorian Railways ‘NA’ class 2-6-2 tank locomotives were built to serve the four narrow gauge 2′ 6″ (762 mm) gauge branch lines in that state. Baldwin Locomotive Works in the United States supplied the first two 2-6-2 tank locomotives in 1898 as well as parts for a further two locos. The Victorian Railways Newport workshops assembled the parts to give an additional two locos, and subsequently built a further 13 locomotives. The last one, number 17, was built in 1915. The locomotives weigh 36 tons (36.58 t) and produce a tractive effort of 12,170 lbf (54.1 kN), allowing them to haul loads of 90 tons (91.44 t) up grades of 1 in 30.

Numbers 6A, 7A, 8A, 12A, and 14A have been restored and operate on the ‘Puffing Billy’ Steam Railway; No. 3A is also preserved awaiting restoration. The other 11 locomotives have all been scrapped.

These models are all as currently preserved on the Puffing Billy Steam Railway and the full specifications can be seen here or you can download the superb NA Product Booklet to see a full history and model details.

Following the success of the ‘Peate’ wagons Trackshack has commissioned two private owner livery versions of our Lynton & Barnstaple van.  The colour illustrated here is a little pale but gives a fair indication of how attractive these vehicles will be.  The next batch of vans including these designs should be here this autumn.

As ever, we will be attending the Llanfair Garden Railway Show over the last weekend in August.  Held at Llanfair Caereinion Leisure Centre, SY21 0HW the show is organised by Steve Warrington of Back to Bay 6 (07908 557712 Web Addr: www.back2bay6.net).  Opening times are, Saturday 10am to 5pm. Sunday 10am to 4pm.  There will be seven or more layouts and over forty traders present and in addition there is free parking and a free bus link to the W&L Railway (celebrating 50 years in 2013). Refreshments available. 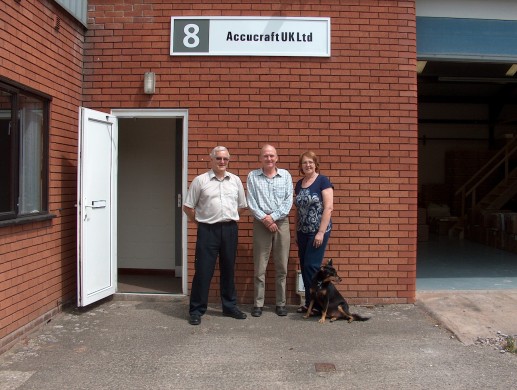 Ian and Sandy intend to take a step back from the day to day management of Accucraft UK Ltd and wish Graham all the success in his new role. Ian will be concentrating on new projects and technical matters.

Graham has a wealth of experience in the field of garden railways, right back to the days writing for ‘The Pot Boiler’ magazine, which pre-dated ‘16mm Today’ magazine. He is also very much involved with the full size preservation scene, having been associated with the A1 Steam Trust, builders of Tornado, for many years and working as part of that loco’s support crew on the main line.

‘Mortimer’ and ‘Joan’ back in stock

We are currently sending a batch of ‘Mortimers’ and ‘Joans’ out to our dealers with demand for the former proving particularly strong.  Both models have been released in blue and black liveries as well as our more usual red and green colours and both have benefited from upgrades with chopper couplings and hinged cabs being fitted. 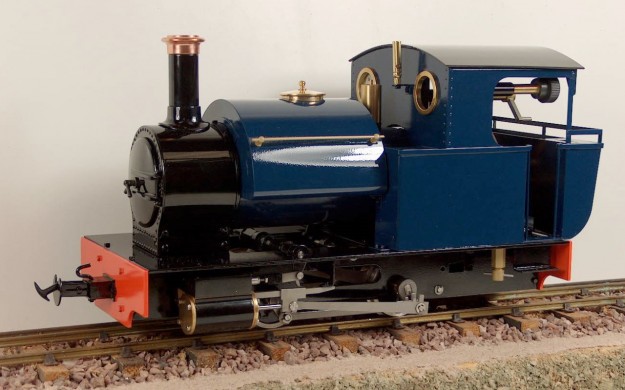