Following unveiling at the Llanfair Garden Railway Show, we are delighted to share some views of the engineering sample of our 7/8ths” scale Quarry Hunslet, subject to a French inspection!  We also bring you news of another little loco from Accucraft (US), ‘Mannin’ in 1:20.3 scale and another product development in association with Trackshack on the Isle of Man….. 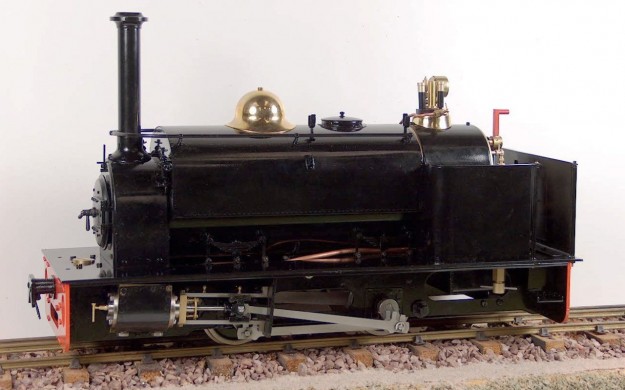 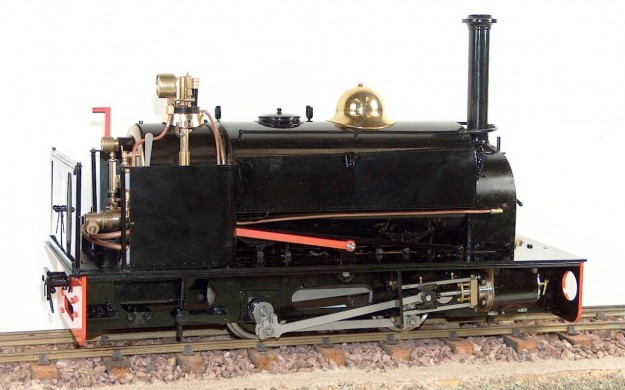 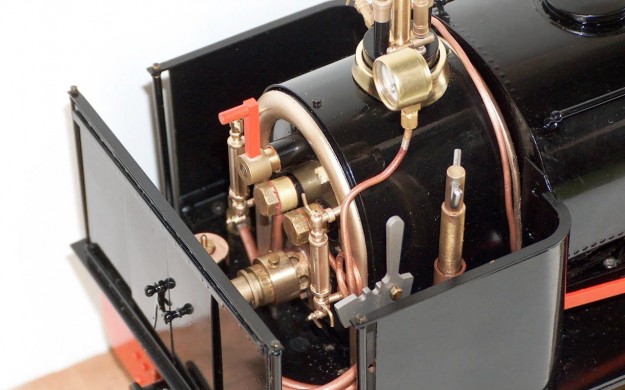 Various manufacturers supplied narrow gauge motive power to the slate mines and quarries of North Wales but none became more synonymous with the area than the saddle tanks supplied by the Hunslet Engine Co. of Leeds.  These sturdy little locos were ideal for the roughly laid, temporary lines in the quarries and the class evolved from the first design, produced in 1870, to encompass a variety of sizes and types which found work at Penrhyn, Dinorwic (where many acquired the names of racehorses!) and the Nantlle valley.  Our model will be gas fired and be fitted with a water top up valve, water check valve, miniature pressure gauge; constructed of stainless steel and etched brass, the loco will have an enhanced level of detail made possible by this scale including cab detail, sliding cab back doors and a water filler hidden by the prototype’s tank filler.  It will be gauge-adjustable between 45mm and 32mm gauges.  There will be some small detail differences between this engineering sample and the production run. 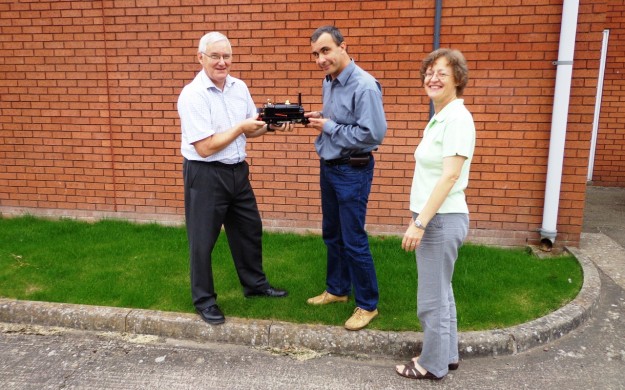 Pascal Lelievre and his wife Anne dropped into our office today after visiting the Welshpool & Llanfair Railway Gala.  Pascal runs Atelier Vaporiste, our French dealership.  They are seen with Ian looking at the engineering sample of the Quarry Hunslet.

‘Dora’ – another small loco from Accucraft (US) 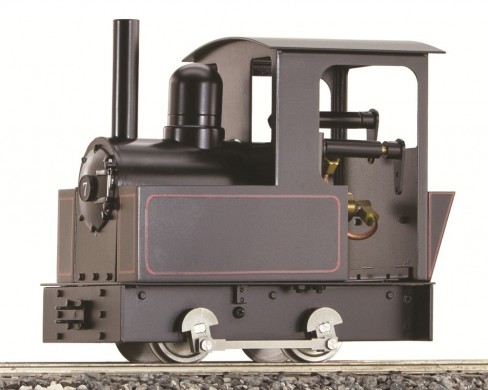 ‘Dora’ represents a small freelance engine for Accucraft (US) and their first loco to feature a twin oscillating cylinder ‘motor’ between the frames.  We are sure that this small power unit is going to find a range of uses and that ‘Dora’ will be the basis of numerous cosmetic conversions!  It is likely to be available in the UK with an RRP of just £385.00. 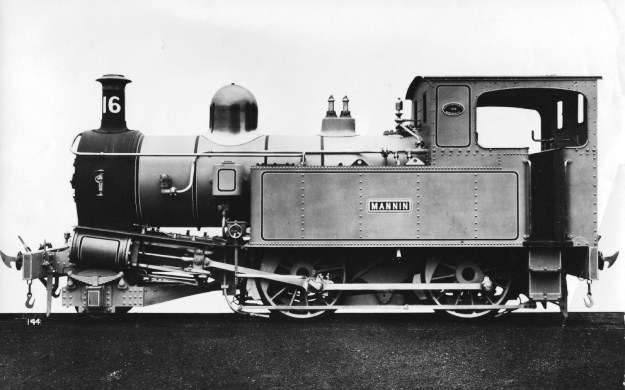 We are pleased to say that next year’s Isle of Man loco will be based on the large-boilered variant ‘Mannin’. It was the last locomotive to be supplied to the Isle of Man and built in 1926 by Beyer, Peacock & Co. (works number 6296).  No. 16 was by far the most powerful 2-4-0T locomotive on the line. She was purchased to haul the heavy Port Erin boat train, a job which had previously taken two locomotives either double-headed or banked. Much larger than her older sisters, she was latterly used as Peel-based engine and appears to have never negotiated the Ramsey line.  She remained in service until 1964 and later was repainted into Ailsa spring green and placed on static display at St John’s and later Douglas stations until entering the railway museum in 1975.  It is unlikely that she will work again in the immediate future.  Our model will carry the same level of detail and equipment as our previous Isle of Man locos and is likely to be available in more than one livery.

Following the success of the ‘Peate’ wagons, Trackshack has commissioned a limited run of our lovely Welshpool & Llanfair Railway brake van in data-only bauxite livery.  Although the prototype never carried such a paint scheme many railways used this colour for wagons and vans and British Railways chose it for their vacuum fitted freight stock.  We are sure there are a great many freelance garden railways that will find a use for one or more of these vehicles!