This month we have some really exciting news – four new locos in Gauge 1!  In addition we are launching our first collaboration with one of our dealers and are unveiling plans for our first adventure in 7/8ths scale.

We are delighted to say that we are developing four more Gauge 1 live steam locomotives. In addition to the A3 and B4 which caused so much excitement in Mississippi we are working up a family of Great Western Railway locos, a 61XX 2-6-2T, a 43XX 2-6-0 (with the later Collett 7322 variant), a 68XX 4-6-0 ‘Grange Class’ and the magnificent 47XX 2-8-0. These models clearly demonstrate Accucraft’s commitment to 1:32 scale and our ambition to supply reliable, affordable live steam engines for this gauge. We are aiming at target prices from £1600 for the ‘Prairie’ tank to £2500 for the ‘Grange’ and 47XX.  As they say, “watch this space”!

Our “introductory” model in Gauge 1, the little L&SWR B4 tank engine, was extremely well received at the International Steam Up at Diamondhead, Mississippi, the prototype model running faultlessly for lap after lap while hauling a heavy load of six bogie coaches.  Footage of the trials can be seen here.  It looks as though a large percentage of the first batch may be heading to the United States!  With a UK RRP of just £800 we expect these engines to be very popular – so don’t miss out on the first batch. 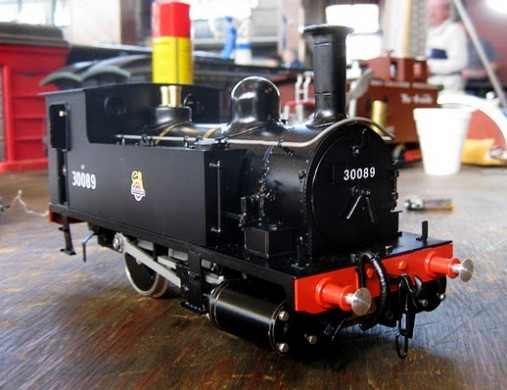 Also popular at Diamondhead was our pre-production ‘Flying Scotsman’ which proved to be a smooth-running, powerful machine.  The model showed it had good endurance and controllability while wowing the crowd of hardened U.S. live steam fans.  Video of the loco running can be seen here.  The initial batch will be available for a UK RRP of just £2495 and will appear in four liveries, make sure you reserve one soon!

Responding to feedback concerning the fitting of working drain cocks to ‘Lew’ we have decided not to proceed with the factory fitted items but to provide the locos with pre-drilled and tapped cylinders (plugged) ready for equipping with DJB Engineering’s automatic drain cocks.  The pre-production prototype ran superbly at Diamondhead, footage of which can be seen here.  With the first batch sold out we are now taking orders for the second batch, likely to be shipped in the autumn, which includes the all black version S19-18.  Please be advised that the second batch is already well filled.

We were delighted with the way our final pre-production sample of this loco ran at Diamondhead, working smoothly and swiftly round one of the test tracks there.  With the sample signed off the factory has commenced construction of the first batch, 80% of which is spoken for!  If you haven’t reserved one yet, we suggest you contact your local retailer as soon as possible.  You can see how ‘Peveril’ performed here.

Trackshack, on the Isle of Man, has commissioned a limited run of private owner wagons based on those operated by Messrs. J. L. Peate & Sons, coal and lime merchants in Llanfair.  Private owner wagons on British narrow gauge systems were rare but Peates used five on the W & L, painted dark maroon with white lettering.  We’ll be producing four (No’s 2,5,6 & 7), based on our existing Welshpool & Llanfair open wagon, which will only be available from Trackshack at a target price of £45 each.

In light of the growing popularity of this scale, used to represent 2′ gauge on 45mm track and 18″ gauge on 32mm track, we have decided to take the plunge and produce our first live steam locomotive for this market.  The more generous proportions of models in this scale have given us the opportunity to look at prototypes which would be rather too small in 1:19 scale but which we have long hankered to produce.  At the top of this wish list is the archetypal North Wales ‘Quarry’ Hunslet. The model will be gas fired and be fitted with a water top up valve, water check valve, miniature pressure gauge; constructed of stainless steel and etched brass, the loco will have an enhanced level of detail made possible by this scale and be gauge-adjustable between 45mm and 32mm gauges. We are aiming to bring this model to the market with a target price under a thousand pounds. 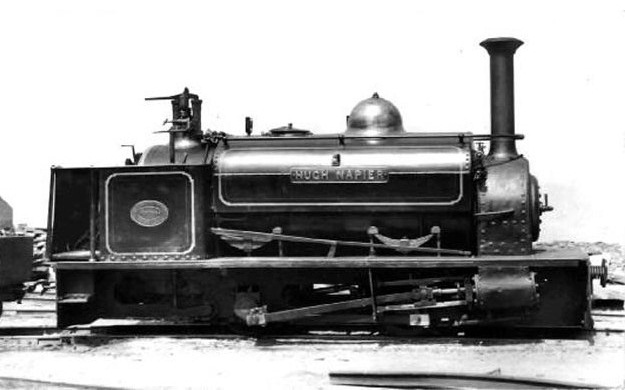 By the mid 19th century, the North Wales’ slate mines and quarries had a requirement for small, powerful and rugged locos to work the galleries and tramways in what was by then a rapidly expanding industry.  Various manufacturers supplied narrow gauge motive power to these businesses but none became more synonymous with the area than the saddle tanks supplied by the Hunslet Engine Co. of Leeds.  These sturdy little locos were ideal for the roughly laid, temporary lines in the quarries and the class evolved from the first design, produced in 1870, to encompass a variety of sizes and types which found work at Penrhyn, Dinorwic (where many acquired the names of racehorses!) and the Nantlle valley.  Remarkably the majority of those locos still in service in the 1960’s survived to be preserved, some of them in America and Canada.  Today Quarry Hunslets are still be produced in limited numbers by the new Hunslet Engine Co. based at the Statfold Barn Railway.