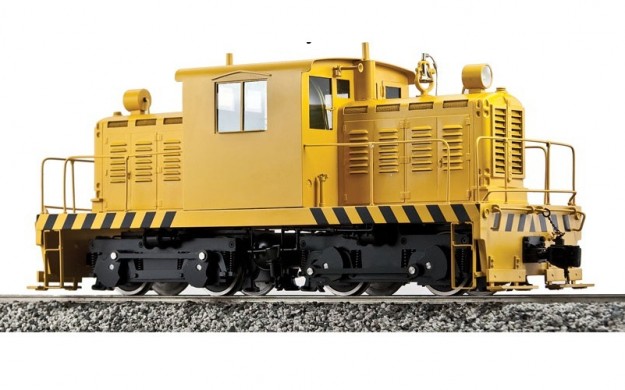 The Whitcomb 45DE27b is 25 feet 6 inches long over the end sills, 9 feet wide and 11 feet 6 inches high at the cab roof. They are powered by two HBI 600 Cummins 150 HP diesel engines driving Westinghouse 189-R7 230 volt direct current generators. There is one Westinghouse 1443-A traction motor per truck with power being transmitted by side rods to the unpowered axle. Electrical control is Westinghouse. Locomotive and train brakes are Westinghouse Air Brake Co. and supplied by two Quincy 30 CFM belt driven air compressors located in the cab.

The model is available with an RRP of £970. The full specification can be downloaded as a PDF file WHITCOMB 45T SIDE ROD DIESEL