Welcome to the November website bulletin!  We can now bring you up to date with progress on the L&SWR Radial Tank and some J&M coaches to go with it, news of production of the new BR Mk1 RMB, the first images of the new Isle of Man ‘G’ Van and a new locomotive for On3/On30.

We have been delighted with the level of detail and smooth performance of the new Radial Tank and anticipate delivery of the main batch towards the end of the year.  The factory has done a great job in capturing the Victorian elegance of the prototype with very few compromises to make it easy to operate and maintain.  We are also pleased to announce that we will be able to offer matching L&SWR suburban coaches to accompany the locomotive, hand-assembled from J&M etches with Accucraft roller-bearing bogies, they will be available in simplified L&SWR salmon pink and brown, Southern Railway green, BR green and BR carmine, £650.00 each, they will be offered with a 5% discount for a set of four (two brake thirds, a first/third composite and an all third) or with a 10% discount for those customers who have bought a Radial Tank from us.  Please contact our office to pre-order these coaches and claim your discount! 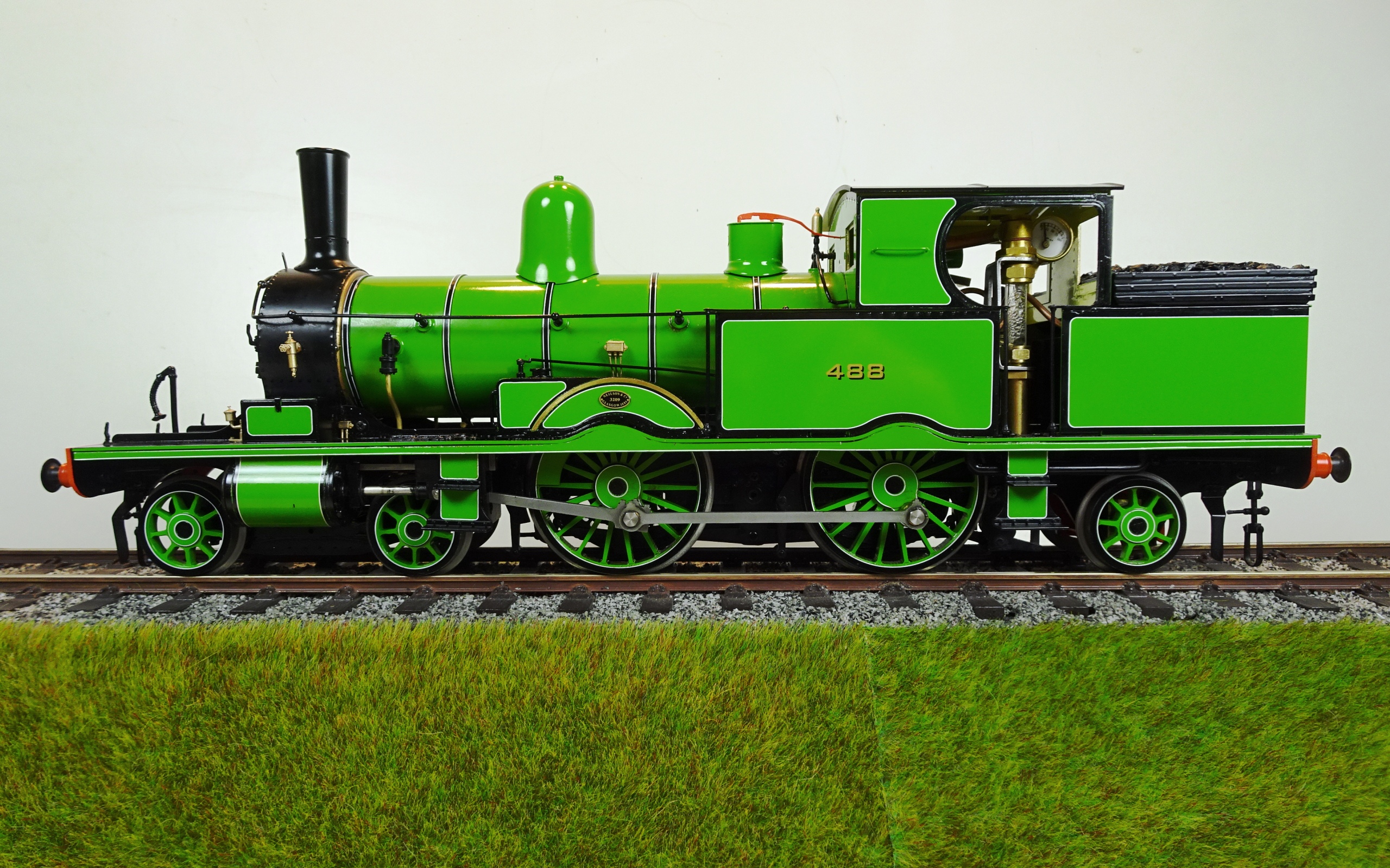 We have been encouraged by news from the factory that this project has now moved on to tooling with delivery early next year.  The Restaurant Miniature Buffet (or RMB) was a Tourist Standard Open (TSO) coach with two full seating bays next to the centre transverse vestibule removed and replaced with a buffet counter and customers’ standing space, and one bay on one side (same side as the buffet counter) removed and replaced with a store cupboard on the other side of the centre vestibule. They were built in five lots from 1957 to 1962.  Designed to provide catering facilities where a full dining service was not required, they served on all four regions and many have found further use in mainline railtour trains or on preserved lines.

The models feature flushglaze windows, sprung brass buffers, Kadee knuckle couplings throughout, flexible rubber corridor connectors and metal bogies with insulated steel wheels & axles running in roller bearings. Full interior compartment detailing. Unfortunately, due to the fall in the value of Sterling, we have had to increase our UK RRP to £275.00 per coach but in future all will be fitted with Kadee couplers.  We only have a limited stock of the original coaches left so please bear this in mind when ordering the RMB. 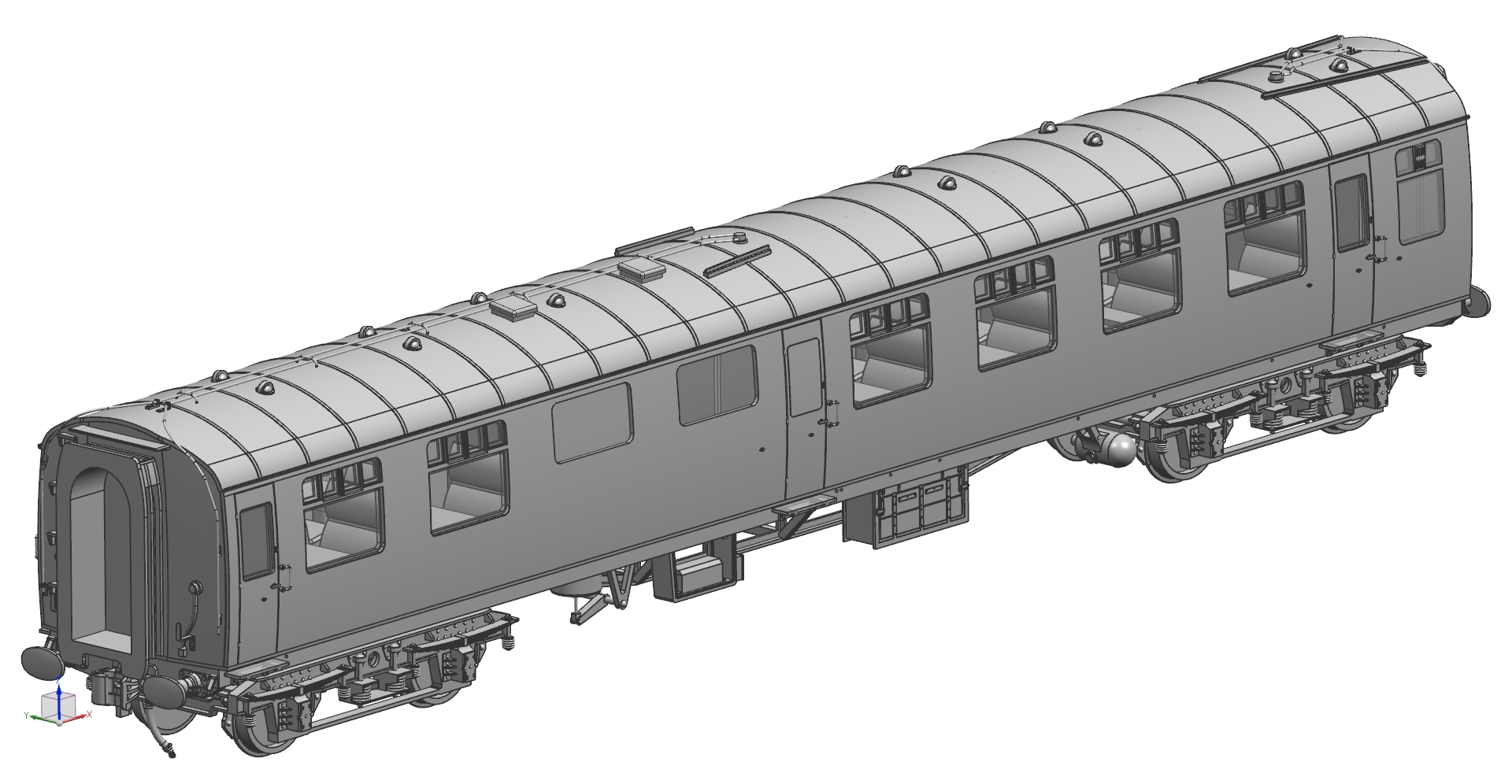 For the opening of the Peel Line in 1873, the Isle of Man Railway included in its initial stock purchase from the Metropolitan Carriage & Wagon Co, four hand-braked covered goods vans with load 6 tons and central double-doors to each side. The covered vans were allocated the stock letter ‘G’ when a revised identity system was introduced by the Railway after 1876.  Two additional vans (G.5 & G.6) were supplied new by the Ashbury Carriage & Wagon Co in 1877, a single van (G.7) was believed built by the Railway itself in 1897 using spares and parts supplied by Metropolitan, followed by two further examples (G.8 & G.9) supplied new by Metropolitan in 1899, all to the same basic early-type design. The remaining early-type ‘G’ vans were in use until the 1960’s, but scrapped by 1975 although G.1 survived and has recently been moved for restoration.

The Isle of Man Railway inherited four covered ventilated vans of a different design from the Manx Northern Railway in 1904 and built a further five longer-body examples itself between 1915 and 1921 using  redundant chassis from original 4-wheel carriage stock.  The portholes on the side panels of a number of “G” vans were modifications by the Railway to improve ventilation for carrying perishable goods, live poultry and even horses! We are very pleased to reveal the first images of the initial sample from the factory, paying tribute to the care that has been taken to capture all the small details of the prototype – they are in production now so make sure you have yours pre-ordered with your favoured retailer. 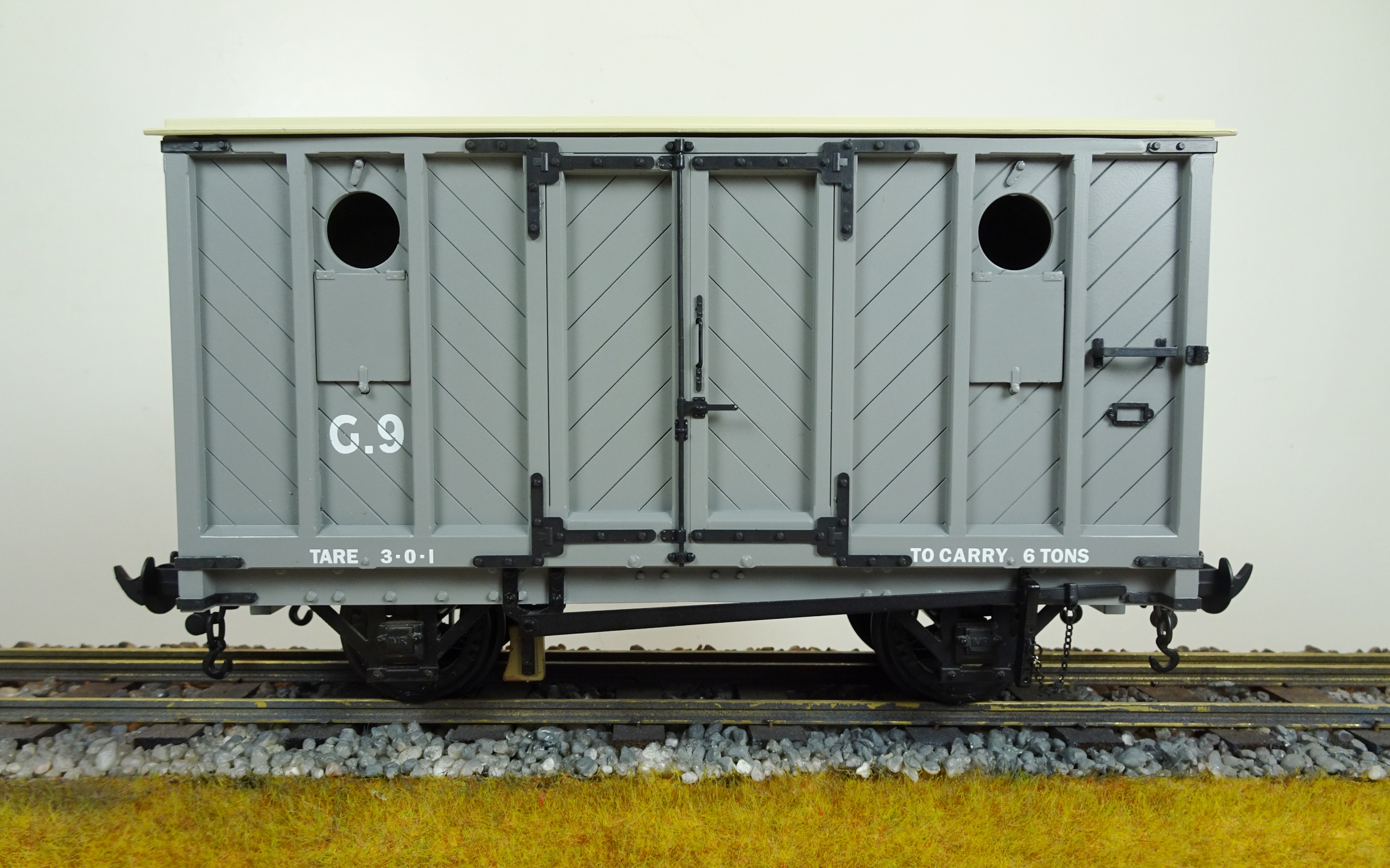 This locomotive was originally #103 of the Crystal River Railroad, a narrow gauge line located in the Elk Mountains of central Colorado. It was built in 1903 as C/N 21757 of the Baldwin Locomotive Works, had 33” drivers, 18×20” cylinders, and a tractive effort just short of 25,000 pounds. It was a standard Baldwin design, and other narrow gauge locos of this size and type were built for numerous railroads in the Western Hemisphere.

The C-25 was affectionately known as the ‘Baby Mudhen’ because its pulling power was close to that of the K-27 class, those engines being known as ‘Mudhens’. The 375 when it was put into service in 1916 was the best steamer on the railroad at that time. Sadly, on June 21, 1949 the one and only C-25 on the D&RGW was scrapped at Alamosa, Colorado.  The model will carry a UK RRP of £1950.00 and the following versions will be available:

Do you model the US scene in On3 or On30 scale?  Would you be interested in seeing a J&S Combine to accompany the Accucraft coaches you already own?  If so, please let us know because the factory is considering a batch of these useful vehicles.