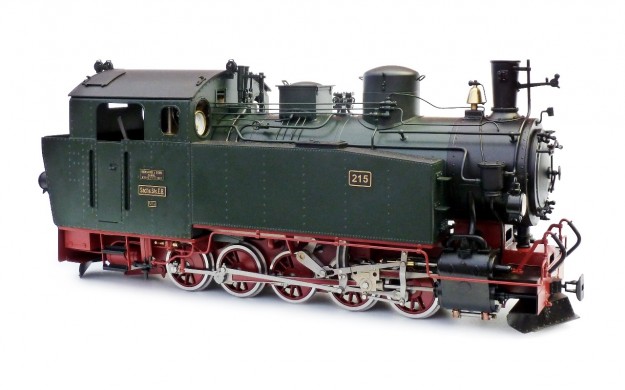 Originally developed at the end of World War 1 as a replacement for the Brigadelok 0-8-0T locomotives, these were some of the biggest engines built for the Saxon 750mm gauge network.  Fifteen locomotives were built by Henschel during 1918-19 and all were acquired by the  Sächsischen Staatseisenbahnen in 1919.  The entire class was absorbed by the Deutsche Reichsbahn who clearly liked them since another 47 were built to basically the same design between 1923 and 1927.  DB had withdrawn its last example by 1967 but some of the DR locomotives were put through the ‘Reko’ programme and extensively rebuilt although these had all been scrapped by 1975.  Examples of both DB and DR engines have been preserved.