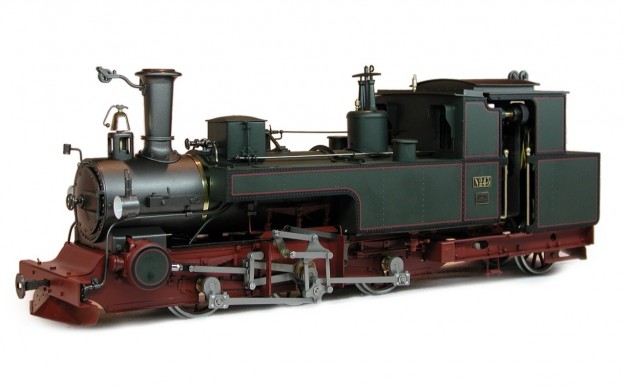 These unusual locomotives were developed to exploit the Klose system of articulation, a method which allowed the leading and trailing driven axles to move radially to accommodate tight curves on narrow gauge lines.  To further complicate the design was equipped with inside cylinders with steam admitted by outside valves and the extraordinary Klose valve gear. Additionally the trailing truck was also articulated necessitating a jointed cab and cab roof.

Initially two of the locomotives were built by Krauss in 1889 followed by a further four from Hartmann in 1891. Although the locomotives were successful in their work, high maintenance costs associated with the design’s complexity meant they had relatively short working lives.  Absorbed by the Deutsche Reichsbahn in 1920, they had all been scrapped by 1926.