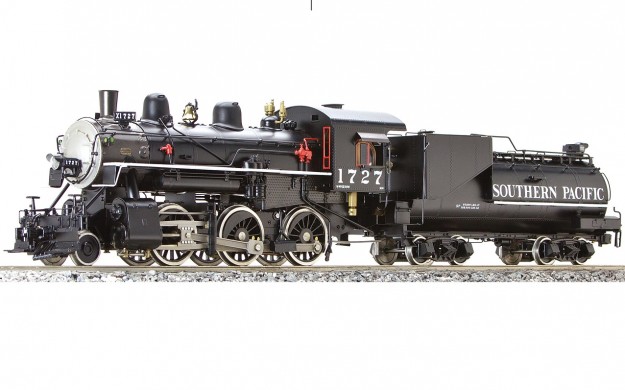 Steam Locomotive Numbers 1727 and 1744 were built by the Baldwin Locomotive Works in Philadelphia, Pennsylvania in November 1901 for the Southern Pacific Railroad. The locomotives entered regular service in December 1901. They were originally a Vauclain Compound having one low and one high pressure cylinder per side in an arrangement pioneered by Samuel Vauclain. This compound design was an early attempt to utilize steam more efficiently by cycling it twice through the cylinders. It proved costly to maintain. In addition, the heavy pounding of the rods and crossheads due to the unequal pressure caused them to be very hard on the track and a rough ride for the crew members. The Southern Pacific (Espee) took the hint and they converted to simple operation. To further upgrade the locomotives, they were superheaded in 1908.

These engines worked all over the Espee (SP) Pacific Lines system, but spent most of their careers in California. Mogul locomotives were originally built for and used in general freight service, however, as the years went by and trains got heavier and longer they were relegated to lighter duties such as secondary freight and passenger trains, branch line locals and yard switching duties. The M-6 was found to be excellent for working on light rail, in tight clearances and on the curvature found around industries and packing houses. They had the reputation of being able to “fit through a keyhole”. The crews liked them for their smooth ride, and they were known to be easy on fuel oil and water. They could haul fifty or so loaded refrigerator cars and run up to 65 miles-per-hour. On the San Joaquin Division, they earned the nicknames of “Fresno Malley” or “Valley Malley” as they could pull as much freight in the California valleys as a true Mallet could pull in the California hills.

On May 21st, 1999, the Rio Grande Pacific Corporation’s subsidiary company Gandy Dancer Incorporated purchased the Ex-Southern Pacific 1744. Under the direction of their director of Steam Locomotive Operations Joe Dale Morris, The locomotive was completely restored to operating condition. When all required maintenance work and restoration work was completed, the 1744 was sent to the Rio Grande Pacific’s subsidiary New Orleans & Gulf Coast Railway of Belle Chasse, Louisiana. the 1744 was operated in regular recreational train service for a short time and then was put up for sale. 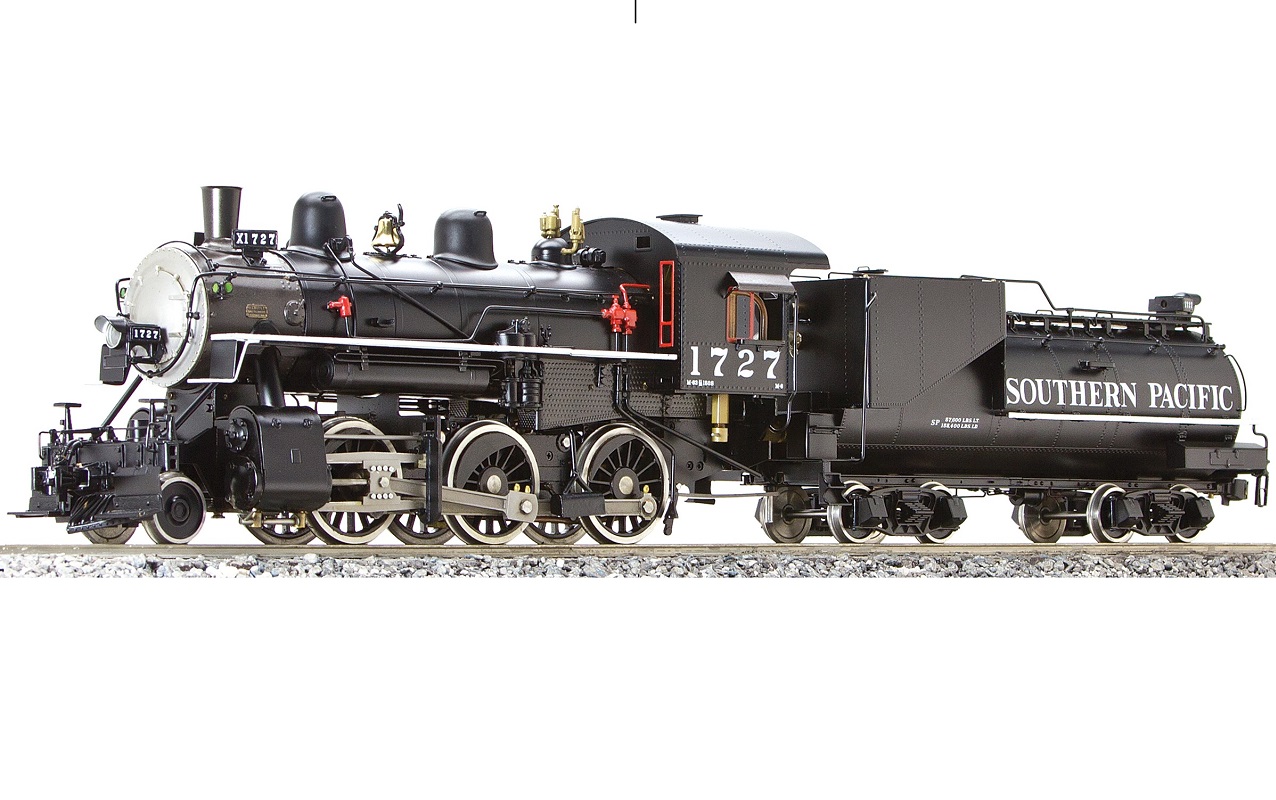