Welcome to our October newsletter.  This month we bring you the first images of the Aster-Accucraft BR 5MT 4-6-0 with BR1C tender, further news of our new generic locomotives and a ‘last call’ for the 7/8ths” scale Forney which is now in production.

Robert Riddles was tasked to produce new standard locomotive designs for the fledgling British Railways, totalling 12 new classes. The BR 5MT was based on the very successful LMS ‘Class 5’ mixed traffic design, the ‘Black Five’ introduced in 1934. However the BR 5MT had the advantage of nearly 20 years progress in steam locomotive development. Consequently the general layout for crew comfort, ease of disposal and shed maintenance were all much improved.

No fewer than 172 BR 5MT were built for use throughout the UK of which 30 were constructed with cam operated rotary Poppet valves driven by Caprotti valve gear. The only other significant difference between the locomotives was the variation in tenders chosen to suit local operating requirements. Some were painted BR green and 20 on the Southern Region carried names.  The BR 5MT was a true Mixed Traffic design being equally at home on an express passenger services as well as local passenger trains and fast freight operations.

The Aster-Accucraft BR 9F is to be followed up by a short re-run of the BR Standard class 5MT. This new version will now feature a high-sided BR 1C tender and will be available in both lined black and lined green liveries. Kits from Accucraft (UK) Ltd. will be unlettered and without emblem/crest for your choice (decals included). Ready to Run models will represent preserved No. 73096 in lined green and the Bluebell Railway’s No. 73082 Camelot in lined black.  Aster Hobby Co only made 170 units back in 2010 allowing for a further run; with the high-sided tender the model is perfect for representing the British Railways Southern Region ‘Arthurs’ which acquired the names of scrapped Southern Railway N15 ‘King Arthurs’ (the Southern Region examples required high capacity tenders because of the lack of water troughs in the region).  The 5MT will be an ideal companion for the Accucraft UK range of Gauge 1 (1:32 scale) rolling stock.  Available later this year, make your reservation with us now!

You can find full details of this model here.

This year the Gauge 1 Model Railway Association will be holding its AGM and show at Woking on Saturday 20th October.  We will be present with our stand and look forward to seeing you there.  The show is open to non-G1MRA members so why not come along, say “hello” and find out what Gauge 1 has to offer?

You can find full details of the show here.

Last month we brought you news of our new generic 1:19 scale locomotives and illustrated the piece with an image of ‘Talgarth’.  This month we are delighted to share an illustration of ‘Sabrina’, the saddle tank. 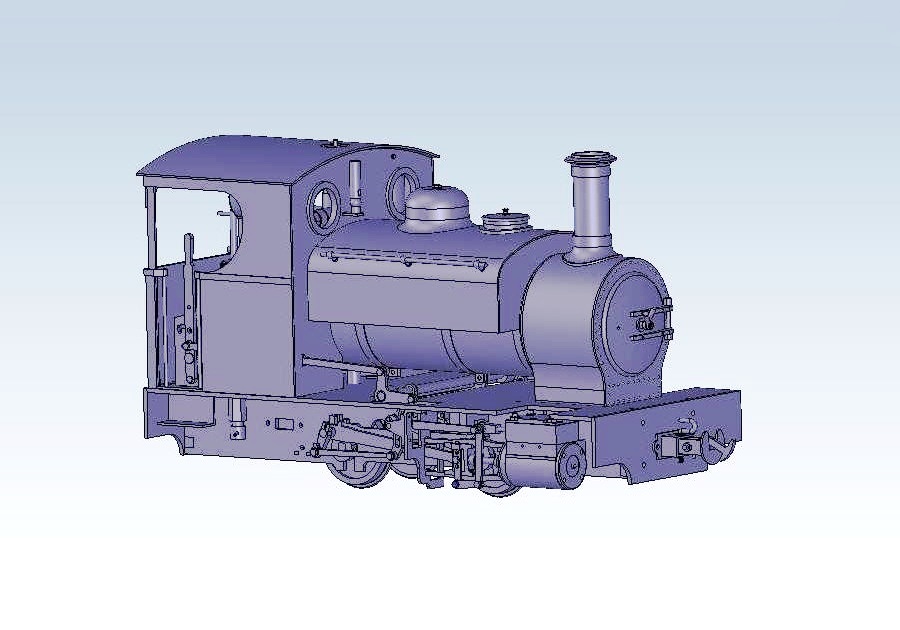 Both are freelance locomotives with design inspirations from Manning Wardle aimed at providing a robust, entry level model which is easy to maintain and operate. Although the design is still outside-framed it now has the sophistication of simplified Walschaerts valve gear and slide valve cylinders for a smoother performance and enhanced delivery of power. As before, we will also be offering the power unit (complete with boiler) as an ideal starting point for those who might wish to scratch-build their own body in 1:19 or even 1:13.7 scale.  The target UK RRP is £950.00 with delivery anticipated in the first half of 2019.  You can find the full specification here. 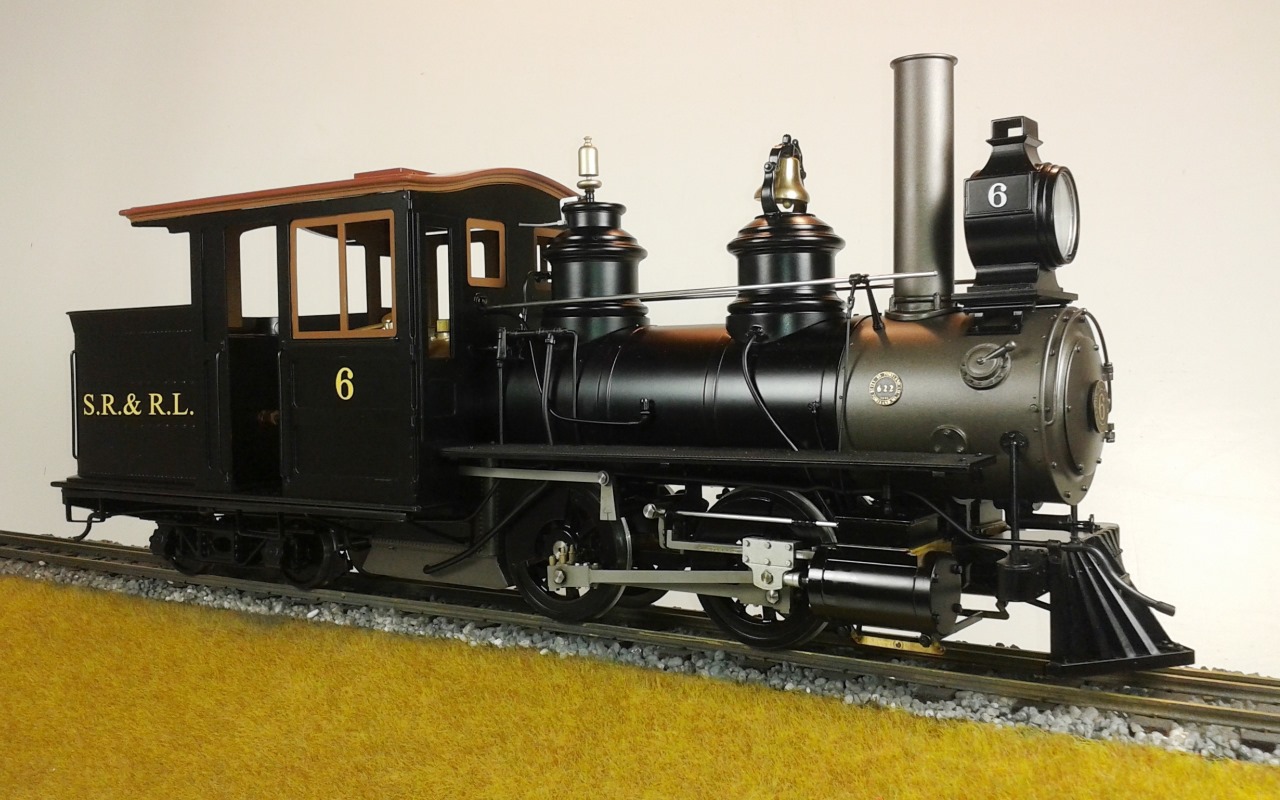 The Portland Company constructed 0-4-4 Forney #5 in 1891 for the Sandy River Railroad. The locomotive was named “N.B. Neal” and operated this way until 1908 when the Sandy River, Franklin & Megantic, Philips & Rangeley, along with their respective subsidiary railroads merged to form the Sandy River & Rangeley Lakes. At this time the loco was renumbered to SR&RL #6. In 1925 the loco was sold to the Kennebec Central, becoming their #4. She was again sold in 1933 to the Wiscasset, Waterville & Farmington as their #9. After the WW&F railroad was abandoned in 1936-‘37, it was purchased and stored near Putnam, Connecticut.

In December 1994, an agreement was reached with the estate for WW&F #9 and its return to Maine for eventual restoration. Over the course of several years the loco was restored and is now featured in regular excursion over a restored section of the railroad.

Available exclusively from our Herefordshire office, the model carries a UK RRP of £3,200.00 including VAT, UK delivery and full UK warranty.  The model is now in production so this is your last chance to order one!