We are delighted to announce our 1:19 scale live steam model for 2017, the Lynton & Barnstaple Railway 2-6-2T engines Yeo, Exe and Taw.  Since our first production run of Lyn, the Baldwin 2-4-2T, and our subsequent release of Lew, the later 2-6-2T, we have frequently been asked to make the older Manning Wardle locos.  Given the success of Lew (the pundits said we could never make the complicated Joy valve gear work in this scale!) and the buoyant revival of the restored Lynton & Barnstaple Railway, we are pleased to satisfy that demand.

Named after local rivers, three Manning Wardle 2-6-2 tank locomotives were supplied to the Lynton & Barnstaple Railway when it opened in 1897.  By the standards of other domestic narrow gauge locomotives they presented a somewhat unusual profile having long, low tanks, cabs extended forwards, cowcatchers and motion covers over the slide bars; in fact they owed more to Colonial practice than any other influence and their design may have been influenced by those of E.R.Calthrop of the Barsi Light Railway.  Another unusual feature was the use of outside Joy valve gear, more usually found on inside cylindered engines.  It was soon realised that the three locomotives could not handle all the line’s traffic and they were joined, in 1898, by Lyn, the Baldwin 2-4-2T.

During their careers the original locomotives received a number of modifications, including the removal of the motion covers in about 1903 and the cutting back of the cabs in 1913 because of poor visibility (resulting from smoke and steam being trapped in front of the spectacle plate).  When the line was absorbed by the Southern Railway in 1923, a further example, Lew, was ordered from Manning Wardle, proving how suitable the design was for this attractive but challenging route.  Alas, with the closure of the Lynton & Barnstaple Railway in 1935 all the older engines were scrapped, only Lew surviving to be shipped abroad and never seen again.  Following the success of the construction of the replica Lyd and the rapid progress of the replica Lyn, the restored Lynton & Barnstaple Railway is looking to recreate one of the original design – you can discover more about the Yeo project here.

The model is internally gas fired and is gauge adjustable for either 32mm (‘0’ gauge) or 45mm (‘1’ gauge) – all the parts for this are supplied with the model. This operation can be undertaken by the owner and only takes a few minutes. The loco is supplied with blanking plates for the cut-outs in the frames but these are really for display only, severely restricting the choice of track curvature if used in operation. The cab roof lifts up to give access to the gas, water and lubricator fillers. The boiler is fitted with a water gauge and the lubricator has an under floor drain. The model is fitted with slide valves, equipped with fully functioning Joy valve gear and is built from stainless steel, copper and brass.  With the correct maintenance, will give a lifetime of pleasure.  The UK RRP is £1850.00 and we aim to release the model in 2017.  Contact your local dealer to reserve one (or all three!) now. 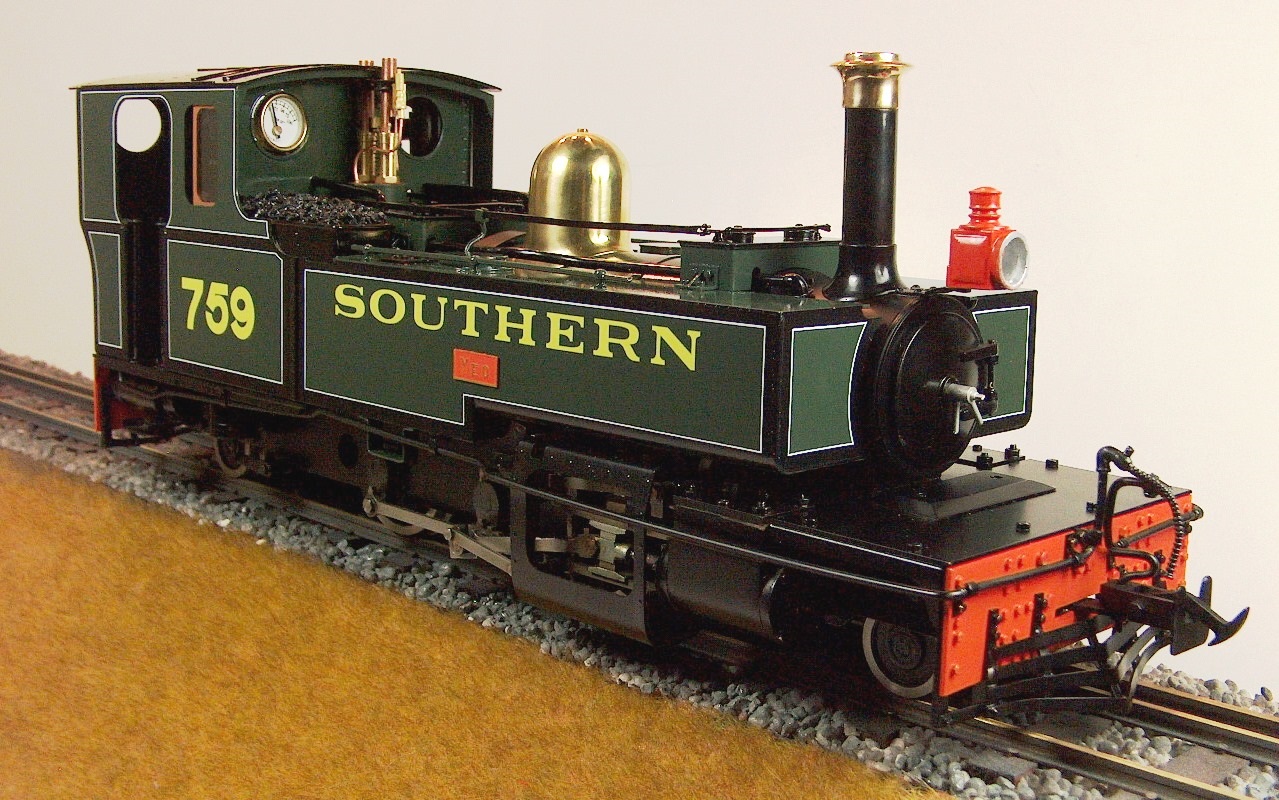