October brings news of wagon releases!  A new variation on the ‘M’ wagon from Trackshack and some minor changes to the batch of RCH seven plank wagons due shortly. 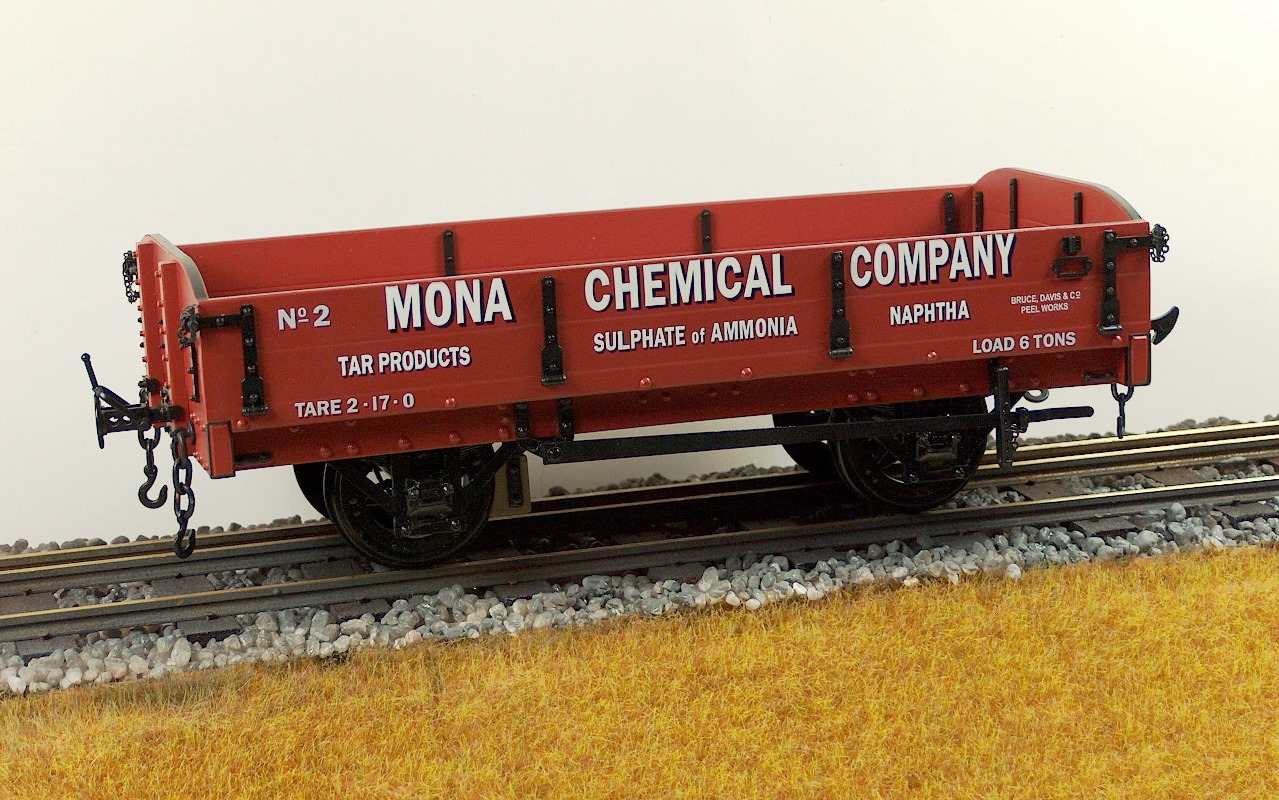 Private owner wagons on the Isle of Man railways were a rarity, the majority of goods and freight being carried by the railway companies using their own standard wagons best suited to each consignment. But there were exceptions, one being the Mona Chemical Company in Peel which in the late 19th century was operated by Bruce, Davis & Co and produced asphalt and other tar products needing to be transported around the island.

Records indicate that in 1884, on the advice of the Manx Northern Railway, the Mona Chemical Company leased three wagons built by Ashbury Railway Carriage & Iron Works, similar in design to the ‘M’ wagons previously supplied to the Isle of Man Railway. The three new wagons were subsequently purchased by the IMR and became M.5 to M.7 in their goods stock. 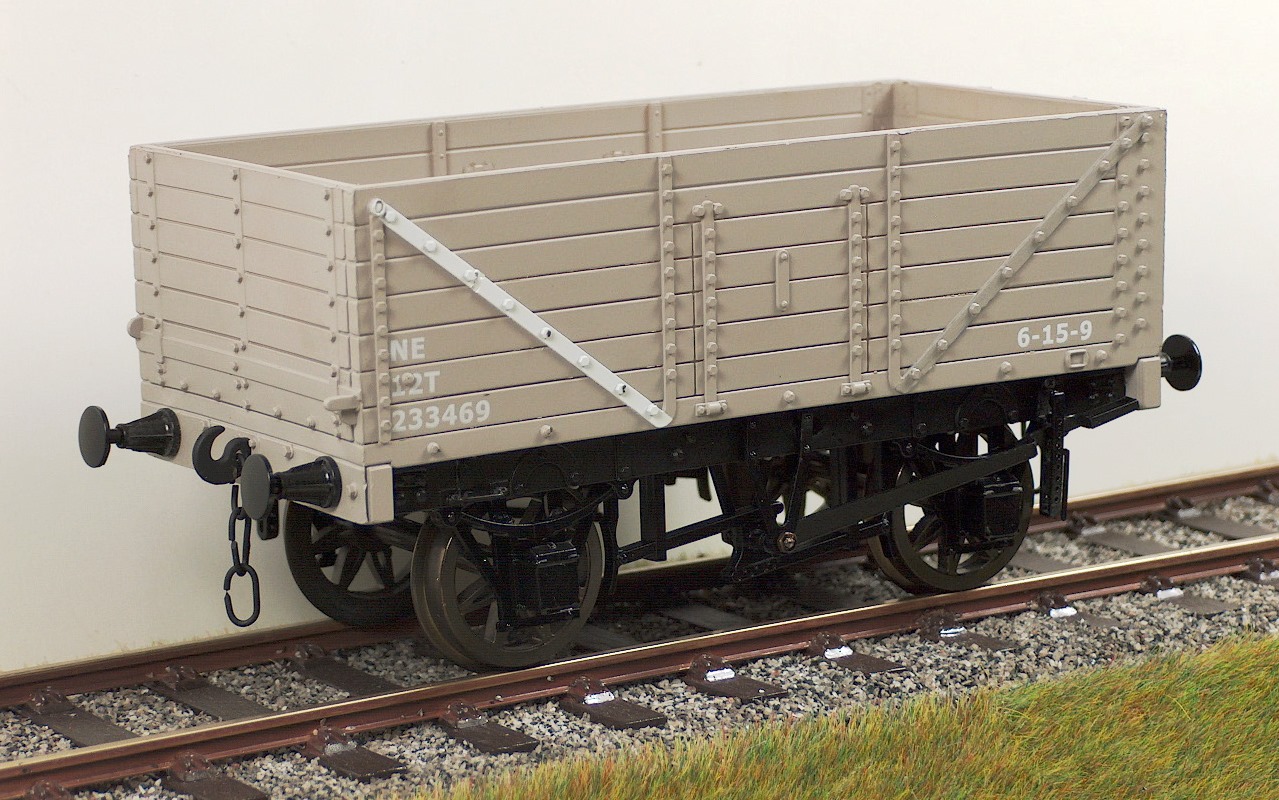 Due shortly is the first delivery of our 1:32 scale seven plank wagon.  Contrary to our earlier predictions, the BR grey version will be come with this batch not the bauxite which will follow with the second tranche.  In addition the R32-1E, LNER version, will be delivered in NE grey (illustrated), not bauxite as originally offered.  Rumours that Trackshack has cleaned us out of bauxite paint are, however, untrue!

We have the following ‘open box’ items available that turned up during our move earlier this year:

Just call our office with a card in your hand and we will send the item of your choice the next day.