Completing the triumvirate of geared locos, Accucraft (US) have released news of the long-awaited and eagerly anticipated live steam Heilser. The Heisler locomotive was the final variant of the three major types of geared steam locomotive, following the Shay and the Climax. Charles L. Heisler received a patent for the design in 1892 following the construction of a prototype in 1891. Heisler’s design featured two cylinders canted inwards (under the boiler) at a 45-degree angle. Power was then transmitted to a longitudinal drive shaft in the centre of the frame that drove the outer axle on each powered truck through bevel gears in an enclosed gear case mounted on the axle between the truck frames. The inner axle on each truck was then driven from the outer one by connecting rods.

In 1897, Heisler received a patent on a three-truck locomotive, a tender riding on the third truck. This patent also covered use of a 4-cylinder ‘vee four’ cylinder configuration. The Heisler was the fastest of the geared steam locomotive designs, and yet was still claimed by its manufacturer to have the same low speed hauling ability. Heislers were produced mostly in two and three truck variants in sizes ranging from 17 tons to 95 tons. Like Shays and Climaxes they were popular on logging railroads where the track was often temporary and lightly laid requiring an articulated locomotive combining slow speed power with light axle loads. The first Heislers were built by the Dunkirk Engineering Company of New York, at the time producer of their own design of geared locomotive (called the Dunkirk), of which the Heisler could be considered an improvement. They did not adopt the Heisler design, but in 1894 the Stearns Manufacturing Company of Erie, Pennsylvania started to produce Heislers, and did so until 1904. Reorganised as the Heisler Locomotive Works in 1907, it produced locomotives of the Heisler design until 1941. Roughly 625 Heislers were produced, of which some 35 still exist.

The Accucraft model faithfully captures the character of these unique machines and is beautifully assembled in brass, copper and stainless steel to the firm’s usual high standards. The model will carry a UK RRP of £3095.00 and features the following: 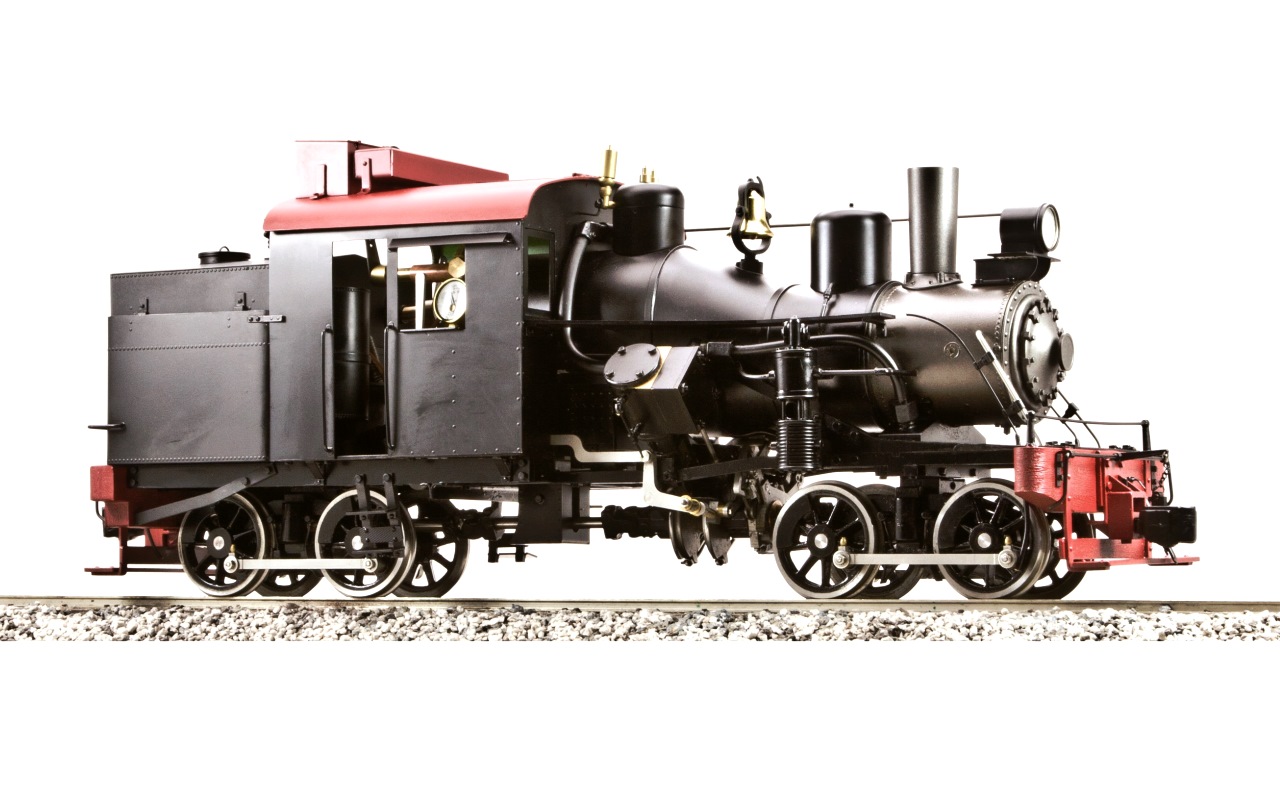