We have now received pre-production samples of these gorgeous coaches from the factory and will be taking one of each type to the Llanfair Garden Railway Show this coming weekend (3rd & 4th September) at LLanfair Caereinion Leisure Centre.  The show coincides with the W & L Steam Gala so why not come along, enjoy the railway and visit the exhibition.  These coaches are an ideal accompaniment to our L & B ‘Lyn’ or for our forthcoming ‘Lew’, but are selling fast – be sure to place a forward order with your local retailer!  To whet your appetite we are illustrating the brake composite coach, the rest can be seen here 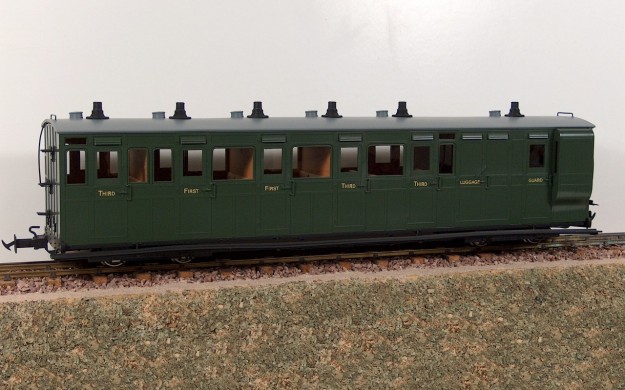 The Lynton & Barnstaple Railway had its original rolling stock manufactured by the Bristol Wagon & Carriage Works.  The coaches were built to a very high standard and came in a variety of forms, some of which were modified during their careers on the line.  Following closure in 1935 many were sold off and found alternative use as summer houses and sheds.  Remarkably nine coaches (or parts thereof) survived, one is running on the Ffestiniog Railway, one (largely un-restored) is in the National Railway Museum and the rest are in the care of the re-born L & B in various stages of restoration.

We are now getting submissions for our Accucraft power unit competition.  First to throw his hat in the ring was Rob Bennett with a very attractive 7/8ths scale conversion based on the Simply 7/8ths ‘Baldrig’ kit and an ‘Edrig / Ragleth’ power unit.  Needless to say the footplate crew are some of Rob’s own ‘Busy Body’ figures!  Why not have a go yourself?  The rules are here – ACCUCRAFT POWER UNIT COMPETITION but remember the closing date is the 31st of December! 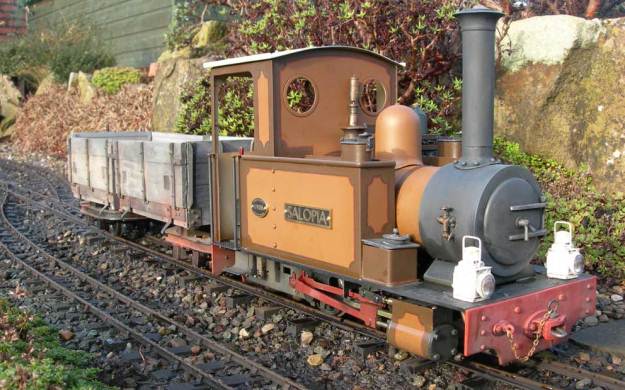 Available NOW are the following live steam Shays and Climaxes from Accucraft (US) – contact your local retailer to obtain them.  The Shay locomotive was invented by Ephraim Shay and the first engine produced that was recognizably a Shay emerged from the Lima Machine Works (later the Lima Locomotive Works) in 1880. Production of Shays ceased in 1945, after approximately 2,700 of them had been built to all gauges and sizes (including a couple of left-handers, or backwards Shays, popularly called Yahs).  Firstly there is the arcane-looking, “T-boilered”, two-cylinder 13 ton Shay.  This is a model that simply oozes character and would be ideal for any logging railroad or short-line, the full specification can be seen here – the model carries an RRP of only £1770. 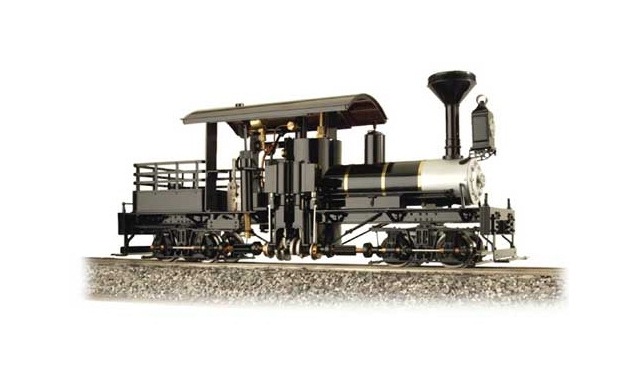 Also available now is the more ‘normal’ three-cylinder variant in the shape of Mich Cal #5 which comes in both fully lettered and un-lettered forms.  These Shays are a delight to watch in operation and, like the prototypes, are surprisingly powerful for their size.  With an RRP of just £1995, the full specification for #5 can be viewed here. 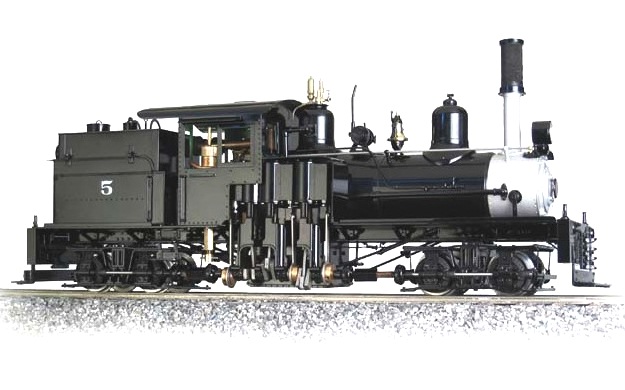 Finally we come to the Climax (no pun intended!).  These locomotives had two steam cylinders to transmit power to driveshafts running to the front and rear trucks. Designed to compete with the Shay and later Heisler locomotives in logging and industrial roles, many loggers considered the Climax superior to the Shay in haulage capacity and stability, particularly in smaller locomotives. Accucraft’s model is a limited production in 1:20.3 scale and 45mm gauge in live steam and has an RRP of £1875 – full details can be seen here. 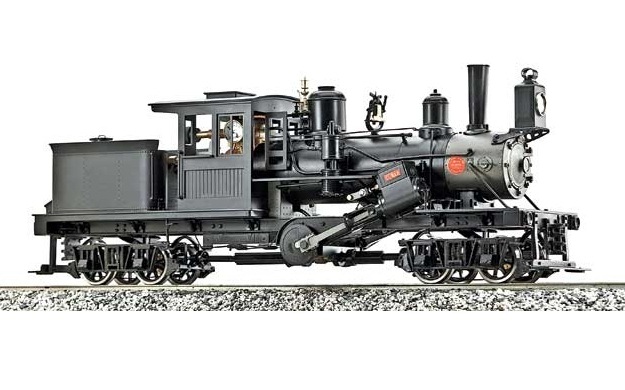